At the conclusion of 2021, Chaotic Wrestling ended with control of the company going to The Unit as Chase Del Monte lost a match against JT Dunn. The ultimate question now will be when and how does The Unit loses control of the company? Until then, we must go through shows such as Pandemonium which, thus far, lack such Chaotic Wrestling staples as Anthony Greene, MSP, and Love, Doug. This should be an interesting show as it is the first under the management of The Unit, so if it should happen to fall flat, there is no one to blame but JT Dunn. 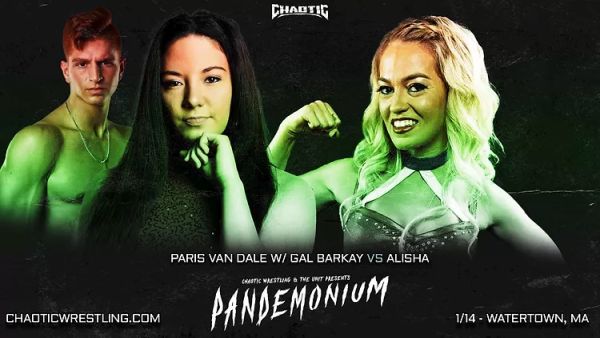 A Higher Society is no longer a better society as Paris Van Dale turned her back on Armani Kayos and is now aligned with Gal Barkay instead. PVD is no stranger to Alisha Edwards, though, as the IMPACT Wrestling Knockout who performed spectacularly in the first-ever Knockouts Ultimate X Match, as they had tag matches against each other last year, PVD being aligned with Ava Everett and Alisha Edwards teaming up with Shannon LeVangie.

The wild card in this match might be the involvement of Barkay, but if that ends up leading to an eventual tag team match of PVD and Barkay vs Alisha and Eddie Edwards, the wrestling world can only stand to benefit from that. This is the type of match that might not have a clean ending to it, but rest assured Alisha Edwards will be bringing Kendra along with her. 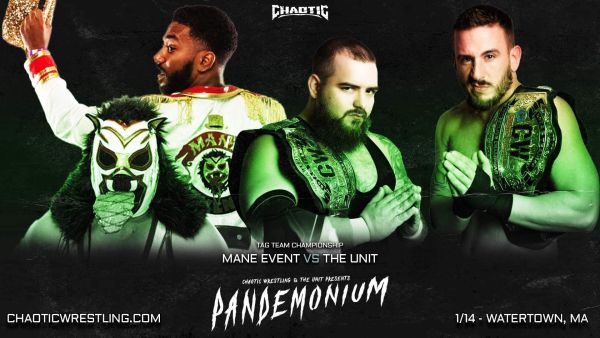 The placement of The Unit on this show with said faction being in charge seems to leave more questions than answers. For this match, The Unit defending the CW Tag Team Championship consists of Danny Miles and JT Dunn. Why would Dunn put him in this match over the main event? Also, since the other members of The Unit are either in the main event or against the special guest star, what does that say about Miles? Why wasn’t he selected for the main event title match or put into the match against Flip Gordon? Could this whole card cause some tension between the members of The Unit?

Mane Event comes into a situation where they’re going to be wearing gold everywhere; it’s only a matter of time. Thinking along the same lines of why Danny Miles was in this match instead of Mike Verna or Ace Romero and you have to wonder if The Unit loses and then they have no gold. What kind of drama will that cause? If it was Verna & Romero defending the titles, they wouldn’t lose them (or at least that case could be made) The stakes seems to be higher for The Unit here than anyone else and the Mane Event have the advantage of working together, which can give them the win and upset the entire Unit. 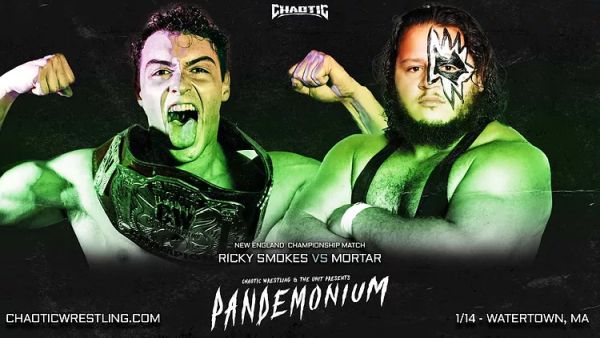 Back when they both wrestled under different names, Ricky Smokes and Mortar used to be a tag team in Chaotic Wrestling. That means this should be a fantastic match because no one knows you better than your tag team partner. They haven’t teamed for a bit; they have likely picked up some new tricks along the way and that will make this match that much better. Both of these competitors can wrestle in a technical sense, but the power advantage has to go to Mortar. Smokes is more resourceful, though, and that might be the edge that allows him to retain the title. 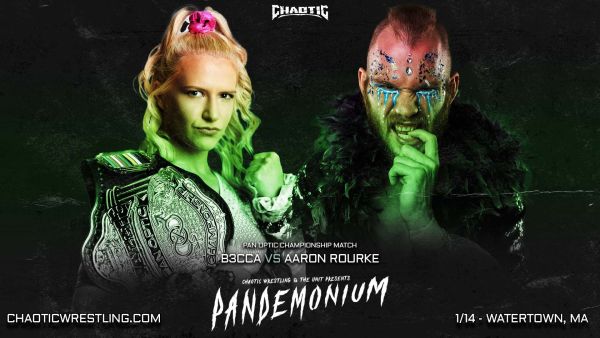 Over the summer, at the Chaotic Countdown, the CW Women’s Championship was rebranded the Pan Optic Championship, becoming a Championship to be defended against anyone. When this all happened live on the show, Aaron Rourke came out and got the first shot at that title on the spot. Now, we’ve come full circle in a sense as these two meet again, but they are not the same competitors they were all those months ago.

While it is easy enough to say that Rourke is not the same wrestler now as then, picking up gold since then, the same can be said for B3CCA, who had perhaps the best breakout year in 2021 of any other wrestler out there. The bottom line is that Aaron Rourke may have leveled up, but so did B3CCA, so even though this match won’t be the same as it was last summer, the end result should still remain. 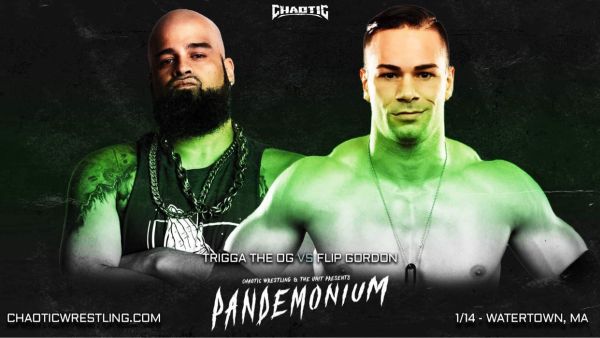 Trigga The O.G. vs Flip Gordon

JT Dunn made an announcement that he was bringing in a special surprise star for Pandemonium and it was revealed to be Flip Gordon, who some people seem to like for some reason, but enough people for him to really break out of the Ring of Honor bubble. This match will be that singles showcase for Trigga The O.G. where, afterward, people forget about Gordon and that he was ever on this show. In this sense, the fans will only remember the name Trigga and that he’s a contender in this sport.

The last time Chaotic Wrestling had a Pandemonium Match was in 2020; it went to a No Contest because, after he was eliminated, Josh Briggs came out and wreaked havoc. This, unfortunately, never really got to play out as, shortly after, a global pandemic hit. Nonetheless, said match still left carnage, giving an idea of what’s going to possibly happen in this match. This match isn’t for the weak of heart. It isn’t for someone who can’t last more than fifteen minutes inside of a normal match because it will break out in even more chaos than a traditional wrestling match.

Each of these wrestlers has their own story to tell going into this match and why they should win it, but it also seems like the match could favor the champion (despite the numbers game) and that means Davienne would be poised to survive this one. Alec Price and Ace Romero are both tough opponents, though, who should never be counted out. Mike Verna has not only been CW Heavyweight Champion before but he and Brad Cashew have also been in Pandemonium before. The newcomer, Shannon LeVangie, has perhaps the most to prove out of everyone and should do just that in this match.