Tokyo Joshi Pro-Wrestling will be holding their special four-card Inspiration event once again on December 10 at Shinjuku FACE. Here’s what to know ahead of TJPW Inspiration #3. 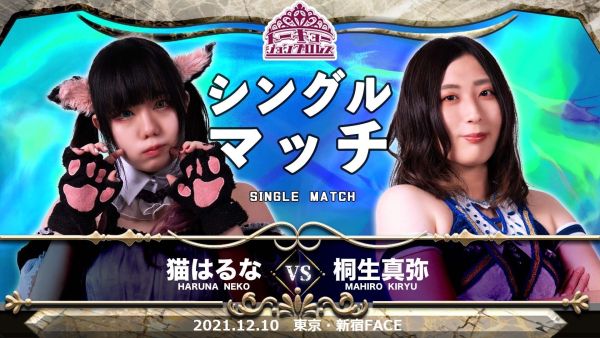 TJPW Inspiration #3 kicks off with a singles match between two of the lesser experienced members of the roster. As both Haruna Neko and Mahiro Kiryu aren’t featured in singles matches too often due to their inexperience, this will be a fun showcase for the pair to show what they have learned so far. Either woman could pick up a win in this match, but if it’s anything like the last Inspiration show, this could very well be a time limit draw. 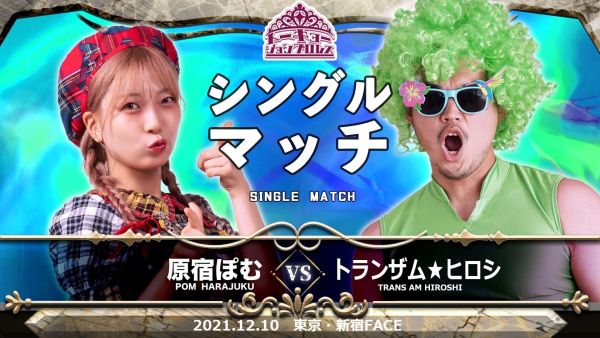 Pom Harajuku vs Trans Am Hiroshi

It’s very rare that TJPW will do intergender matches, but for a wrestler as eccentric as Trans Am Hiroshi, it makes sense that he would be going against TJPW’s own eccentric wrestler Pom Harajuku. For fans that have never seen Hiroshi’s work, he primarily works for Pro-Wrestling BASARA; he has popped up in DDT Pro-Wrestling and Gatoh Move Pro Wrestling, taking on the likes of Chris Brookes and All Elite Wrestling star Lulu Pencil. With characters like this, there probably won’t be showstopping wrestling skill but it’s guaranteed to be incredibly entertaining. 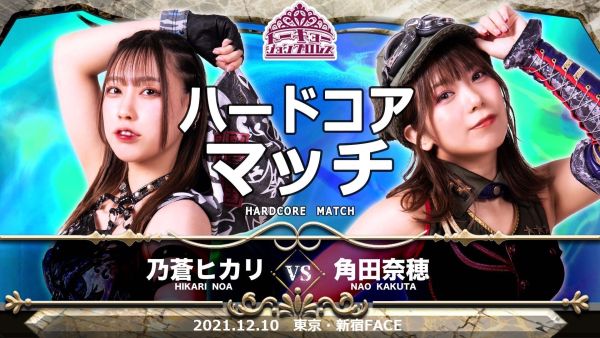 Hikari Noa has been dipping into hardcore matches more and more since facing Rina Yamashita on the first Inspiration show. Since then, she has been involved in an explosion deathmatch with Atsushi Onita and had a spot with Katsumata Shunma during the Tokyo Dome show, showing off her hardcore skills. However, her opponent isn’t someone that fans would typically associate with the hardcore style: Nao Kakuta. As these two are close friends outside of the ring, there should be considerable trust between them, which could lead to fun spots between them. Since this is still TJPW, it probably won’t be the most dangerous of hardcore matches, but both women are talented wrestlers, so it will still be one of the most exciting matches on this card.

For the main event, fans will be treated to an inter-promotional match featuring the current Princess Tag Team Champions Yuka Sakazaki and Mizuki taking on SAKI and Yuna Mizumori from Actwres girl’Z and Gatoh Move respectively. For SAKI, this will be her first time in a TJPW ring, and for fans that have never watched her before, they are certainly in for a treat with her technical style. Her TropiKawaild partner, Mizumori has frequently made appearances for TJPW’s fellow Cyberfight company Ganbare☆Pro-Wrestling, where she has taken on the likes of ASUKA and Yuna Manase. Both of them make an excellent team; however, they have a tough go at TJPW’s tag team titleholders. Since winning the tag titles, Magical Sugar Rabbits have been on a roll, having amazing matches with everyone who has been put in front of them. Most recently, they defended their titles against Maki Itoh and Miyu Yamashita in a match that fans would not stop talking about on social media. This match certainly deserves the main event and it will more than deliver with the amount of talent in there.