Limitless Wrestling has been on a roll lately and they do not seem to be stopping. Limitless Prized Possession features some of the best matches any wrestling fan could hope to see and a main event title match which will likely be talked about for years to come! Let’s get into the action. 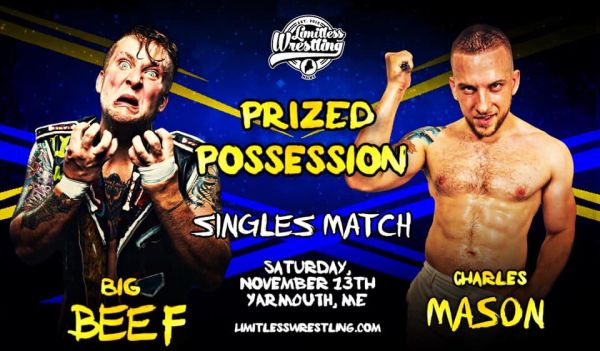 Recently signing with Major League Wrestling is going to get Big Beef hyped enough to smack the creepy out of Charles Mason. Mason seems to have overstayed his welcome in Limitless (and all of professional wrestling) as the wrestler best known for being creepy seems to finally be getting his just desserts. Hopefully, after a beating from Big Beef, Charles Mason can reassess his life choices in 2022! 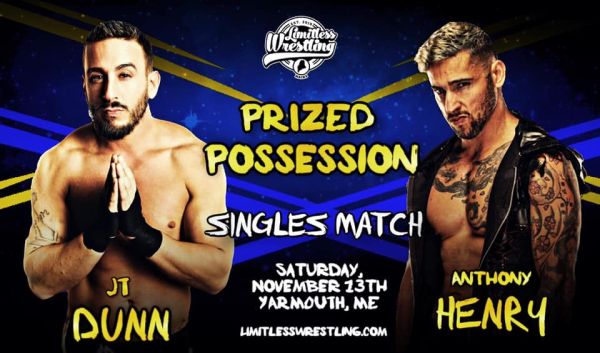 JT Dunn recently lost to Alec Price in a match that would have seen Dunn in the main event of Limitless Prized Possession. Anthony Henry is back in Limitless Wrestling and just by being back seemingly has something to prove. This is a pivotal match for Dunn because a loss here could send him into a losing streak. However, a win could have him right back in title contention. Henry is quite the challenge for anyone on the other side of that ring and will be looking to ensure that none of that happens for Dunn. This is going to be a tough match. 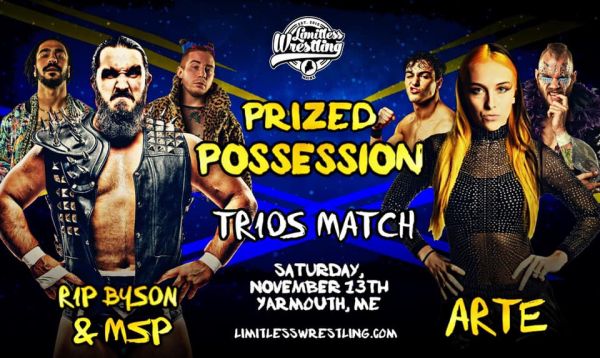 The team of ARTE– Ava Everett, Ricky Smokes, and Aaron Rourke– seem to be on the same page, but MSP and Rip Byson seem to have the same goal, so getting on the same page shouldn’t be too difficult. This match is going to be full of as much style as it will hard-hitting offense. Byson has been solidifying himself as one of the toughest in all of Limitless Wrestling and this does not bode well for ARTE. 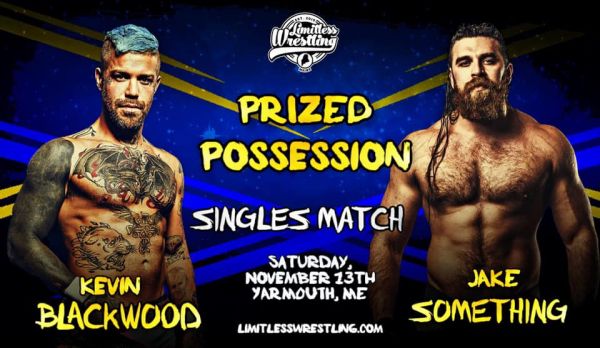 Kevin Blackwood vs Jake Something

IMPACT Wrestling star Jake Something comes to Limitless Wrestling and Kevin Blackwood issued the challenge, which was accepted. Blackwood is not a small man, but if anyone out there can throw him across the ring like a toy, it would be Something. This match is going to be a battle based on power; whoever can prove to have more strength will likely come out of this one with the win. 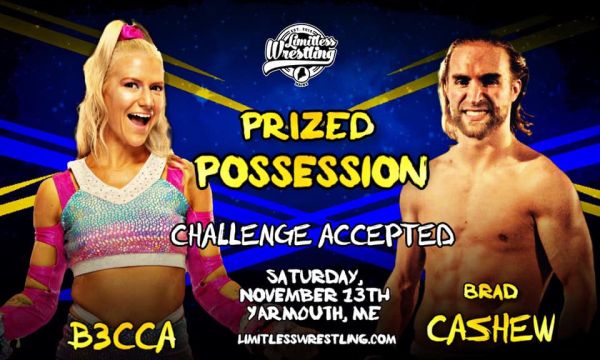 Becca holds a win over Brad Cashew and in just 31 seconds at that. Cashew is looking for some redemption, though Becca has stated that this match might not last as long. This test for Cashew will come down to how long it lasts and how much offense he can get in. Brad Cashew doesn’t want a repeat of what happened last month, but Becca seems to have his number. 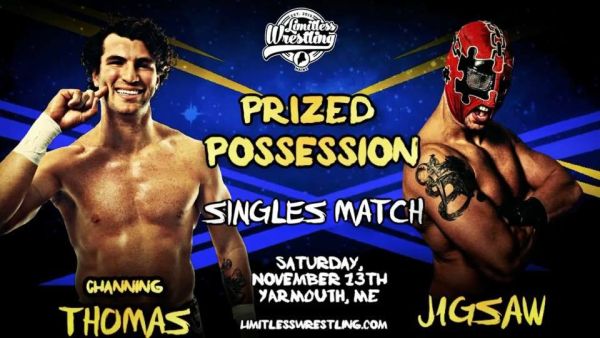 Perhaps the biggest challenge Channing Thomas has faced thus far in his career, Jigsaw is a veteran of professional wrestling and just seems to be hitting that same stride he had during his prime. Thomas certainly has all of the talent in the world, but that won’t matter if this match comes down to the experience, which is where and how Jigsaw might just be able to win it.

When considering matches, it is important to consider the stakes. This particular match is for the Limitless Wrestling World Championship, so in that way, the stakes couldn’t possibly be higher. However, the kicker in this match is that both of these men have compelling- if different- reasons as to why they will walk out at the end of the night with that title. Alec Price won a match against JT Dunn to be in this main event and has just been on an absolute roll everywhere he wrestles. Anthony Greene is back in Limitless Wrestling and recently won the title back that he never lost from Daniel Garcia.

These two wrestlers have never wrestled each other before. When they finally meet face to face, it is going to be the type of match-up that defines careers and fandoms, telling stories for the rest of their lives. For all of his matches, this could be the biggest of Greene’s career thus far. Never has someone threatened a title so much before and yet at the same time it felt like the champion would retain. This match will certainly be one of the biggest any wrestling fan will ever experience.