WWE TV matches can often be hit or miss as commercials can often be a major problem in them reaching full potential. Well, WWE decided to compete with AEW’s Rampage on this very night, leading to a commercial-free match between Becky Lynch and Sasha Banks. It was a treat for the fans, as these two displayed their impeccable chemistry once more before Lynch made her way to Monday nights. What came of it was one of the best WWE TV matches this year, showcasing impressive wrestling with overall entertainment as these two charismatic stars clashed. The finish resulted in a shocker as Banks would get a pinfall over the champion via backstabber. Women’s wrestling can be great in WWE when they get the time and this was the perfect case of that. 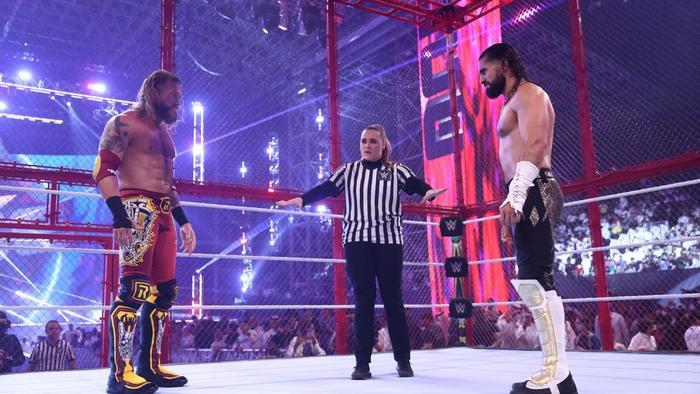 One of the best WWE matches of the year came inside Hell in a Cell as it was the final match in the rivalry between Edge and Seth Rollins. From Rollins visiting Edge’s house to Edge taking up his Brood side, we have really had seen everything in the feud up until Crown Jewel. The only way to finish what had become a “blood feud” was to step inside Hell in a Cell. Perhaps that’s what made the match so much better after all — it actually warranted such a stipulation. What they were able to do in their match was capture the magic that their prior two matches had shown and make it fitting to the Cell around them. This bout contained one of the most creative spots you will see in this stipulation as Edge would shove Rollins off the top rope, watching him crash into the Cell and down through a table. It was artistic violence at its best.

The closing of the match saw Edge on his heels, trying to avoid retirement it seemed as Edge only had that on his mind. “The Rated R Superstar” would not only survive but turn Rollins’ original intentions into his own offense. He’d lock on a Crossface to Rollins utilizing the chain that was introduced by Rollins, putting him nearly to sleep before letting go. Rather than winning by the submission, Edge would hit a Stomp on Rollins into a chair, solidifying the win and a perfect end to a stellar three-match series. Both men brought it that night and delivered a special one. 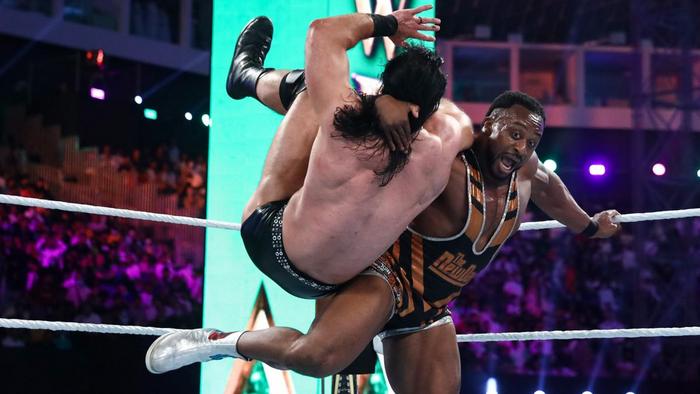 There was zero doubt as to who would win this one going in yet Big E and Drew McIntyre convinced the world as the match developed that there really are no guarantees. The way that these two mixed against each other was unique as they are both powerhouses and babyfaces, presenting a battle of respect and brutality. It felt as though they had worked together countless times over the years even though it was their first singles match since 2014 on Main Event when McIntyre was in 3MB and Big E was looking for what was next in his career. These two went out of their way to put on another show for the fans at Crown Jewel, showing that the WWE Championship is still a world title worth fighting tooth and nail for.

The spot of the match was the Claymore for the nearest of falls you will see in WWE all year. Big E’s ultimate win was another feather in the cap of what is becoming a great reign for him as WWE Champion. 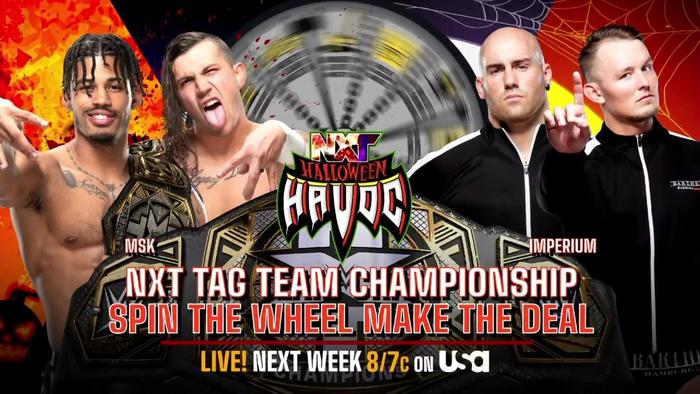 MSK‘s run in NXT up until this point was nothing but greatness for them (and for the fans for that matter). They debuted in the Dusty Rhodes Tag Team Classic and won the entire tournament, going on to win the NXT Tag Team Championships. Their reign led them to a match with Marcel Barthel and Fabian Aichner of Imperium, who have only bettered themselves in their goal to regain the gold. These two teams very well might be the best NXT has to offer and when it was all said and done, it felt as though the old NXT was still alive even as NXT 2.0 takes over. Imperium’s victory was a shocking one but only makes the potential rematch more exciting.