At Fight 4 Your Dreams, Connecticut-based organization Test of Strength is showcasing eight huge matches as feuds come to a head and new ones might even be ignited! Let’s run down the full card for the show to come. 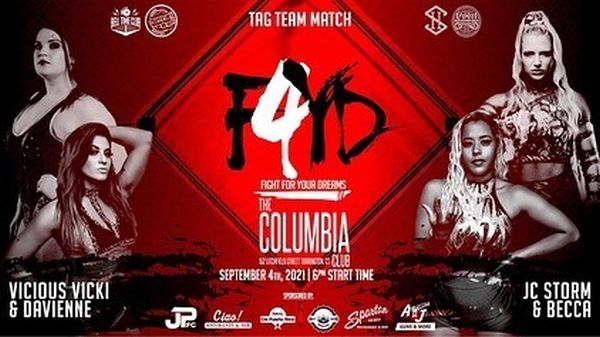 It looks as if Davienne will be playing the role of heel in this tag team match, though one has to wonder if she will be on the same page as Vicious Vicki. Becca has had two recent matches in Test of Strength (a loss to TOS Champion Karen Bam Bam and a loss in a four-way number one contender’s match) and this looks to be her chance at getting a win with the help of JC Storm! 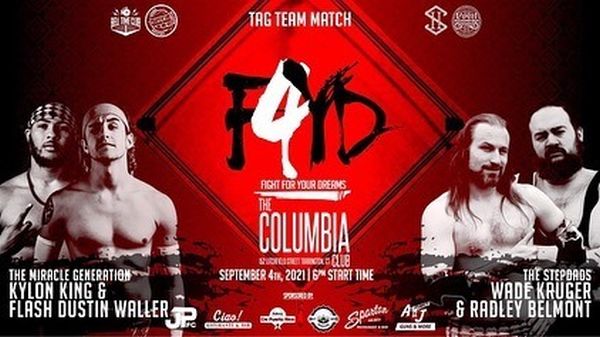 Two of the best in TOS – Kylon King and Dustin Waller – look to take it to the more established tag team, The Stepdads. This is going to be one of the matches you need to pay close attention to because it might just steal the show. Tag team wrestling at its finest (and perhaps a future TOS Tag Team title shot?) should be on display at Fight 4 Your Dreams. 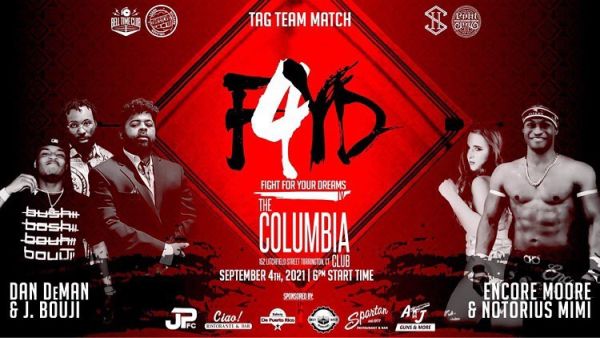 Just when J Boujii seems to be finding his way in TOS, he goes and teams with Dan DeMan. Dan DeMan and Notorious Mimi are no strangers to each other – they still have unresolved beef from a few shows back – so expect this one to be brutal but also a lot of fun (Unless you’re Dan DeMan!) 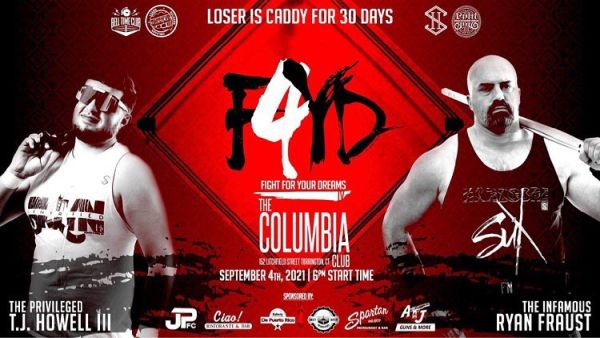 Following the break-up of Cold Cash, Ryan Fraust has made some questionable decisions, like accepting a match with J Boujii instead of going straight for TJ Howell III. This past weekend at a TOS softball game, things even got heated between these two and a small fight broke out. This match is going to be intense and this feud feels like it is far from over! 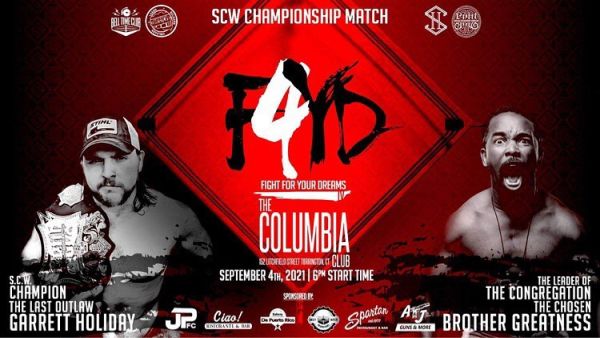 Brother Greatness has become obsessed with Mike Skyros. Greatness has become so obsessed with Skyros that it cost him a number one contender’s match at the last show. While Garrett Holiday and Skyros had a title vs title match of their own at House Rules 3, it ended abruptly because of Greatness. Though Greatness won’t get his hands on Skyros just yet, he is going to get to face the other person he ruined the match for last month and that is Holiday. Brother Greatness might just be in over his head. 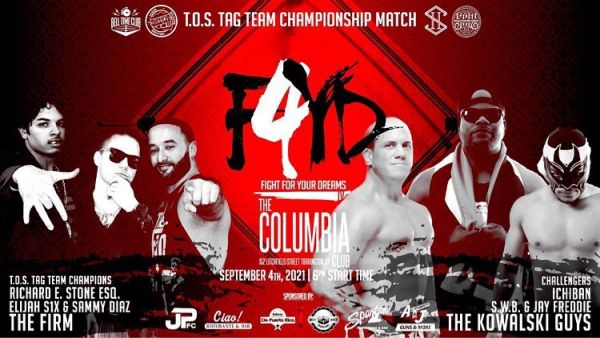 Since The Firm likes to take things to three on two, getting Richard E. Stone involved with the matches of Elijah Six and Sammy Diaz, The Kowalski Guys (SWB and Jay Freddie) have enlisted the help of Ichiban to help even the odds. This feels like a pivotal match in this quest for The Kowalski Guys to try and get the titles back; if they are unable to do it here, they might just need to go to the back of the line. 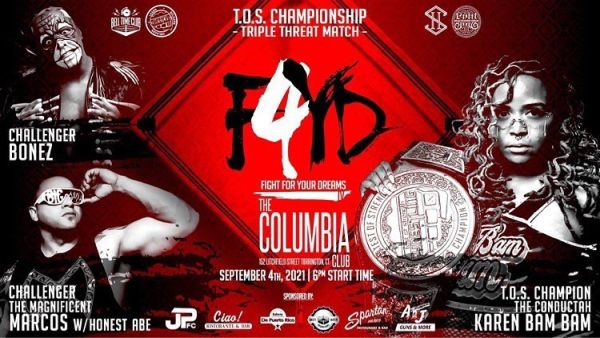 One might wonder what Magnificent Marcos did to earn this title shot, but the same could be said about Bonez (Though everyone would likely be too afraid to ask Bonez). Karen Bam Bam has her toughest challenge to date in these two wrestlers, who might just be able to cancel each other out for her. As champion, it would be wise to let them fight each other, but she shouldn’t be absent when the pinfall occurs. Smart money is on this title staying right where it is, though this will still be an action-packed match. 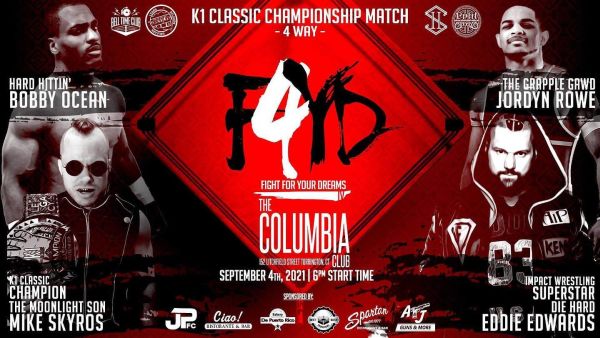 Jordyn Rowe won a number one contender’s match at House Rules 3, which allowed him to challenge for any title he wanted. Ultimately, he challenged Mike Skyros for the K1 Classic Championship. Little did he know that this match would also feature Bobby Ocean, who is likely looking to take Jordyn Rowe out of the match. This Fight 4 Your Dreams main event also features the Test of Strength debut of Eddie Edwards! These are four of the best in the world right now and if this match doesn’t make you a fan of TOS then perhaps nothing will.

TOS “Fight 4 Your Dreams” is live at the Columbia Club in Torrington, CT on 9/4/21, with a replay likely to stream on YouTube at a later date. More information and tickets can be found here.

Stay tuned to the Last Word on Pro Wrestling for more on this and other stories from around the world of wrestling, as they develop. You can always count on LWOPW to be on top of the major news in the wrestling world, as well as to provide you with analysis, previews, videos, interviews, and editorials on the wrestling world.  You can learn more about Test of Strength on Facebook and Twitter.