Pro Wrestling NOAH presents Cross Over 2021 in Sendai, and it’s a card filled with promise and implications of NOAH’s future. We also have two title matches and a special superstar tag-team attraction. Here is the rundown of the matches for the show.

At MUTA THE WORLD, Kongoh struck as Tadasuke with an assist from Haoh got a pinfall victory over Hajime Ohara. After the match, Tadasuke grabbed the microphone and made a challenge to the new Junior Tag Champions, and the champions had no choice but to accept. The Kongoh juniors have been rather quiet during the ongoing junior war, but now they’ve seemed to have awakened.

The history between Tadasuke and Harada specifically is storied dating back to Osaka Pro, and in NOAH lore, the unit RATELS. However this isn’t about any history it’s simply about Kongoh wanting to capture junior gold, and Ohara and Harada wanting to continue the reign. Will Ohara and Harada be able to overcome this obstacle or will Kongoh finally see junior championship gold enter the unit.

Kaito Kiyomiya has been chasing Keiji Muto since he came to NOAH. Even most recently unsuccessfully challenging Keiji Muto for the GHC Heavyweight Championship. He now has a chance to take down Muto, but with a tag title challenge looming and an the midst of an ongoing slump Kaito might struggle to produce results. Kotaro Suzuki is notably the pupil of Yoshinari Ogawa. Despite their parts in the ongoing junior war, they serve a significant part as the partners in this match.

Ogawa and Kotaro know each other better than any other juniors in this company they can almost mirror each other’s every move. As for the Keiji Muto perspective, he has been very vocal about wanting to team with Yoshinari Ogawa more showing an understanding of why Mitsuharu Misawa chose him as a tag partner. Muto feels it’s the closest he will get to tagging with Misawa. Who will come out on top in this all-star tag team match? 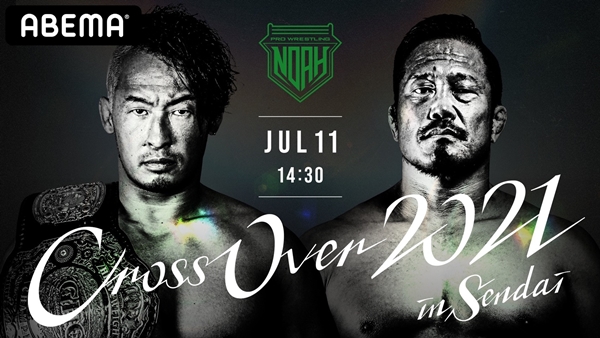 Takashi Sugiura picked up a win against Naomichi Marufuji in a recent tag match. Afterward, the GHC National Champion declared his decision to challenge Marufuji for his GHC Heavyweight Championship as he has not held the new version of the belt. Both men are four-time GHC Heavyweight titleholders and Sugiura is looking to be the first man to get to five reigns. Now, these two are no strangers to one another. They’ve clashed many times before, and for heavyweight gold too.

In a sense, this championship match is the embodiment of NOAH. They’ve both been here since the beginning, and stuck around even through the most difficult of times. The two men had a time limit draw in an exhibition to preview their title match. However, no one gained a distinct upper hand, so the question remains who is truly the strongest? They will get to find out in Sendai.