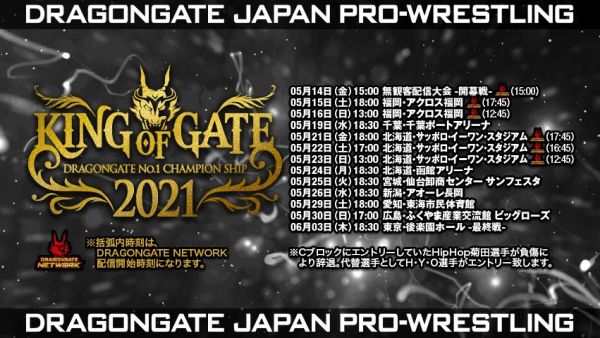 Dragon Gate Pro Wrestling’s King of Gate returns to the round-robin format in 2021. This tournament had much speculation around it as the initial start days got canceled due to the state of emergency. Afterward, an injury to HipHop Kikuta left a vacancy in the block, but now things are back on track and the […] READ MORE 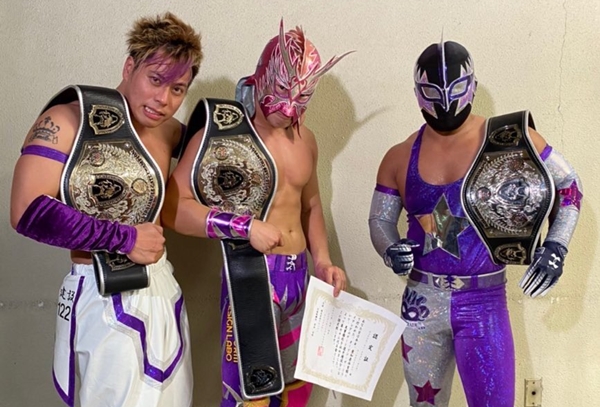 At Dead or Alive 2021 Dragon Gate’s Open The Triangle Gate Championships changed hands. As the Masquerade trio of Jason Lee, Dragon Dia, and La Estrella defeated the Natural Vibes trio of KZY, Genki Horiguchi, and Susumu Yokosuka for the belts.  Dragon Dia got the pin on Susumu Yokosuka to claim the championships. This will […] READ MORE 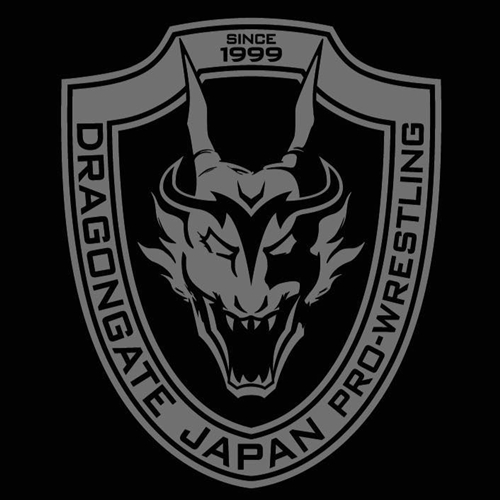 At Dead or Alive 2021 Dragon Gate’s Open The Twin Gate Championships changed hands. R.E.D.’s Kaito Ishida and KAZMA Sakamoto defeated Masaaki Mochizuki and Takashi Yoshida to win the belts after Kaito Ishida put a wrench in his kick pad and kicked the ankle of Yoshida. He then applied an ankle lock and a KAZMA knee […] READ MORE 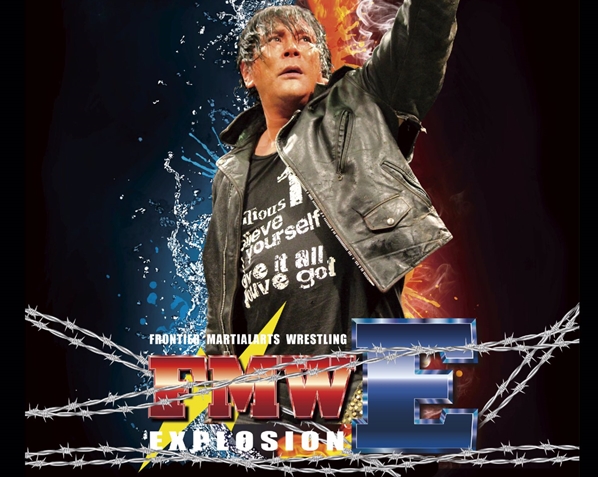 Japanese deathmatch legend Atsushi Onita announced the launch of his new promotion, FMW-E, the E stands for explosions which the promotion will specialize in. Which seems to be a spin-off on his original Frontier Martial-Arts Wrestling promotion. Which combined traditional Japanese wrestling with the deathmatch style of wrestling. One that Onita had discovered when working […] READ MORE 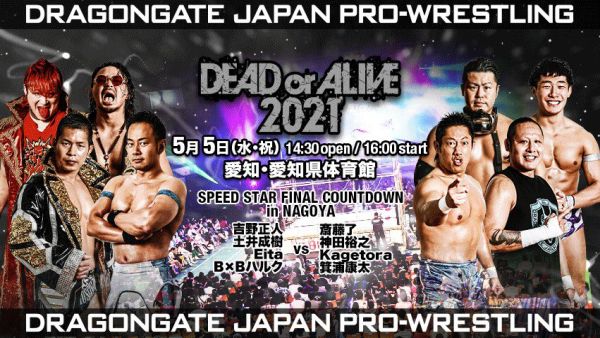 Dragon Gate Pro Wrestling will be holding their annual Dead or Alive 2021 event live in Nagoya. Due to the event being in Nagoya, they will be allowed fans unlike many events going on this week. It’s a major show filled with title matches and a cage match main event. The Dead or Alive 2021 […] READ MORE 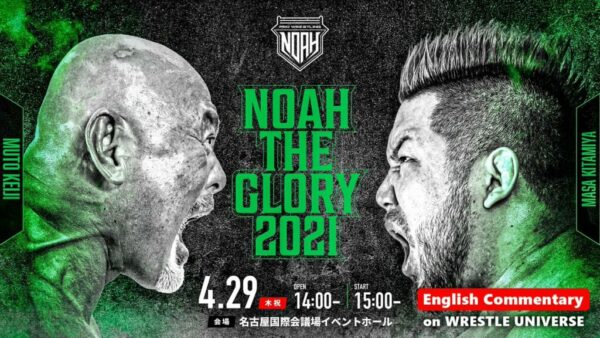 On Thursday night, Pro Wrestling NOAH presents NOAH The Glory live from the Nagoya Congress Center which is headlined by three big titles matches and a lower card that could have implications for NOAH’s future as it always does. The NOAH The Glory Full Card: — Hajime Ohara, Seiki Yoshioka, and YO-HEY vs Yasutaka Yano, […] READ MORE 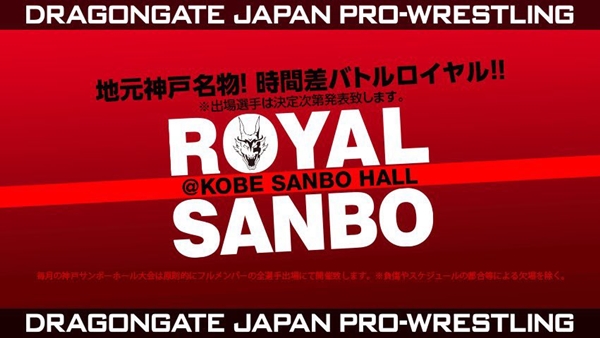 Dragon Gate Pro Wrestling will be holding another show in The Gate Of Passion 2021  tour in Kobe Sambo Hall on April 22, 2021. This is an event that has a return, a continued series of KAGETORA trying out for different units, and a big championship match.  Let’s take a look at the card for […] READ MORE 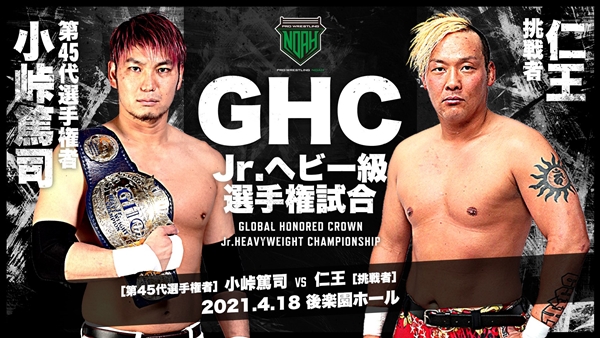 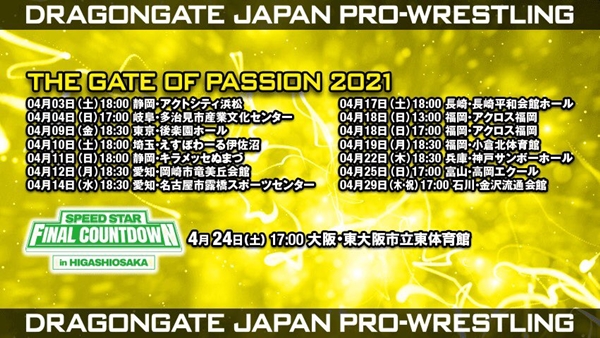 Dragon Gate Pro Wrestling will be holding The Gate Of Passion 2021 in Korakuen Hall on April 9, 2021. This is the first event streamed since the big Memorial Gate 2021 show. With two featured bouts and endless possibilities due to big things usually taking place in Korakuen Hall this should prove to be a […] READ MORE 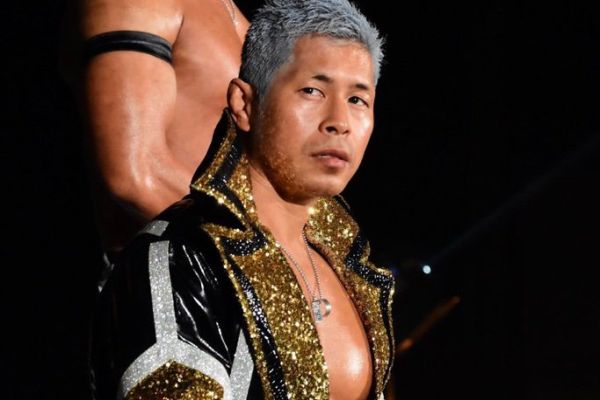 Naruki Doi is set to return from his injury on April 9th at Dragon Gate’s Korakuen Hall show. This show is essentially built around him and his return with his main event match. Rightfully so, as Naruki Doi is one of the most important figures in modern-day Dragon Gate. However, he is one of the […] READ MORE