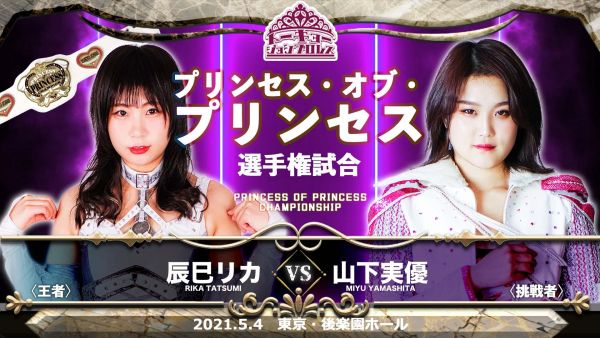 The methodical approach of Rika Tatsumi met the unstoppable force of TJPW’s ace Miyu Yamashita and her arsenal of strikes.  Miya Yamashita had answers for everything Tatsumi threw at her, typical ace behavior, and pulled out some fantastic counters to Tatsumi’s signature moves.  Despite Tatsumi’s best efforts to wear down Yamashita’s leg she inevitably got her head kicked off and succumbed to the power of Yamashita who once again reigns as TJPW’s top champion. 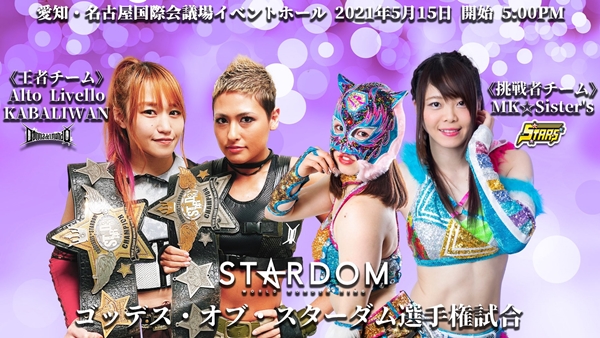 Starlight Kid and Giulia picked their feud back up to carry the load of this tag match.  While the pace was as frantic as expected from a Syuri and Giulia tag title match, this was brought to a higher level by the hatred between Kid and Giulia which saw both of them try to go to war with each other.  Giulia was a real standout of this match as she rekindled her role as the bully heel who beat down on Kid with stiff shots and a sickening shoot headbutt. 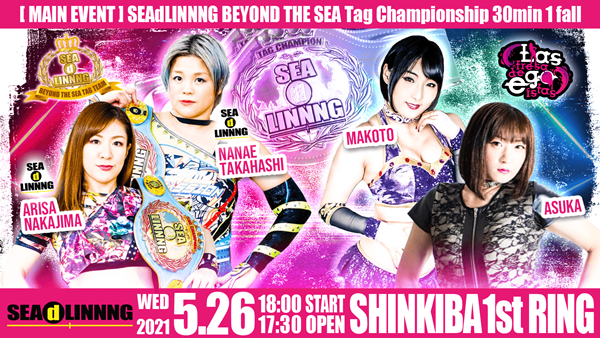 In any other month, this match would have taken the top spot as all four women delivered a professional wrestling masterclass in this one.  This was a SEAdLINNNG special that showcased everything that makes this promotion great like stiff wrestling, fighting spirit, and a very high pace throughout.  Makoto wrestled the match of her life in this one as she spent the majority of the match in the ring fending off Takahashi and Nakajima.  As we said in any other month this would top the list but May was a special month for Joshi wrestling

The presumed main event for Hana Kimura Matane featured the returns of Kagetsu and Hazuki who made one-off returns from retirement for this match.  On the other side of the ring was four of the best wrestlers in all of Joshi.  Given the talent involved this one was destined for greatness and it delivered on those expectations.  From Syuri and Konami going at it, to the dream pairing of Mio Momono and Hazuki, to Kagetsu and ASUKA, this match was incredible and awe-inspiring for any fan who thought they would never see Kagetsu or Hazuki in a ring again.  This seemed like an easy winner for this months list until…

After securing the win for their team ASUKA challenged Kagetsu to a singles match.  The term dream match is thrown around a lot but 2021 ASUKA getting to wrestle Kagetsu in singles action is a true Joshi dream match as they are both excellent wrestlers.  Workrate aside this match had such a strong emotional connection to anyone watching Matane.  Two of Hana’s most prominent former tag team partners going head to head on her memorial show was something right out of a TV show.  This was emotional, exciting, and had this writer in awe as I watched these two incredible performers go toe-to-toe.  If this is the last time we ever see Kagetsu in a professional wrestling ring then she went out in the best way possible.

Stay tuned to the Last Word on Pro Wrestling for more on this and other stories from around the world of wrestling, as they develop. You can always count on LWOPW to be on top of the major news in the wrestling world, as well as to provide you with analysis, previews, videos, interviews, and editorials on the wrestling world.  And check out last month’s edition for more of our recommended Joshi matches.  Looking to talk wrestling, pro football, or any number of sports? Head on over to the LWOS Boards to engage in conversation with fellow fans!