The stark contrast between Monday Night Raw and Friday Night SmackDown has perhaps never been more glaring, and in SmackDown’s favor. Week after week passes, with the same results: SmackDown becomes a white-hot trending topic on Twitter, with another well-received installment praised for both its matches and character work. Raw, meanwhile, becomes a meme-able Instagram punchline mocked and bemoaned for its repetitive match combinations and weak storylines. What can be done, and how, specifically, could Raw utilize SmackDown’s playbook for success? 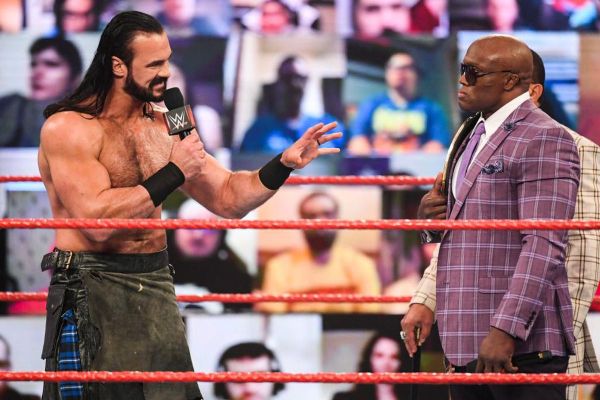 A Championship Race That Matters

Any storyline about the pursuit of championship gold and glory should be either a struggle between clearly defined good and evil, or a conflict between two favorites in which the audience is torn between both deserving parties who each have their cheering squad. Such was the build-up to WrestleMania 37. When returning legend Edge won the Royal Rumble, the race was on to see which championship he would be challenging for.

Edge flirted with the idea of pursuing the NXT Championship but veered for the bolder choice: to challenge Roman Reigns for the WWE Universal Title, the equivalent to the belt he vacated upon his retirement due to a spinal cord injury. Edge’s track record, accomplishments, connection with fans, and name recognizability speak for themselves. Meanwhile, Reigns has never been more applauded as right now, in the midst of a heel turn that has given him meaty dramatic material and a new, formidable persona. This was an encounter charged with context.

Drew McIntyre and Bobby Lashley, not so much.

It is unclear who the audience is meant to be for or against, and they are given little with which to make up their minds or steal their hearts. Drew McIntyre’s two title runs in 2020 told a compelling underdog story of a man who had tried various gimmicks in the company, been released, and rebuilt his approach, perspective, and credibility as a globetrotting journeyman going back to basics. The rebooted, babyface Drew McIntyre was honoring his Scottish heritage with a new attitude accessorized with a kilt and ancestral plaid,  but grounded by personal stories of his friendships with Sheamus and Keith Lee, and his late mother’s role in his life as an inspiration to keep pursuing his dreams. He took on behemoths and bullies like Brock Lesnar and Randy Orton.

However, since losing the WWE Championship, he has lost one shot to regain it after another and then steamed for more opportunities, which he then does not capture. So many written losses and tantrums make him seem petulant, undeserving and spoil the stellar work of his 2020 hot streak. As for Bobby Lashley, he is not as unlikeable without being flanked by a larger Hurt Business. At their peak, with Shelton Benjamin and Cedric Alexander, the Hurt Business’s heel appeal and modus operandi were much like The Pinnacle of AEW: elitist, self-serving, materialistic, and wantonly, decadently violent. The audience saw for themselves, through the way MVP, acting on Lashley’s interests, would manipulate the more vulnerable and impressionable Benjamin and Alexander to face opponents that overwhelmed them to protect Lashley, and the faction menaced babyface players like Mustafa Ali, Ricochet, and Apollo Crews to join them with repeated violent run-ins.

Without them, Lashley’s “menace” has been downgraded to throwing VIP parties with a bevy of beautiful women… Which is mildly sleazy perhaps, but not unlikeable to a millennial audience raised on rap videos of the early 2ks “bling bling” era. Lashley is living Jay-Z’s “Big Pimpin’” video, while McIntyre spoils for a fight he can’t seem to win, and neither character is landing. Make the WWE Championship matter again with a compelling race for it.

Raw is stacked with tag teams and mid-card players who could be doing more. SmackDown’s tag team division is on fire, with the reunion of The Usos. Six-time tag team champions seeking a seventh run, the emotional underpinnings of their story is fueled by the Tribal Chief angle: will the Uso brothers choose each other or the will of their Tribal Chief? Will he be pleased or enraged by their successes and failures? This drives the suspense of their well-choreographed encounters with other teams, like The Mysterios and Street Profits.

As for the mid-card, King Corbin’s feud with Shinsuke Nakamura could be laughable, in the wrong hands, but its popped thanks to the committed but deftly lighthearted approach of both participant. Nakamura’s spirited entrances enjoy the accompaniment of gnarly guitarist Rick Boogs and Pat McAfee’s lovable fanboy commentary.

Raw has tremendous talent in the wastelands, who could be in storylines that play to their strengths and produce memorable moments.

Nail Down a Monday Night Raw Commentary Team That Works

Since the release of Samoa Joe, no one on the Monday Night Raw commentary desk has been able to match his dynamic combination of expert-level knowledge, wit, and dramatic effect. The commentary style of both Adnan Virk and Jimmy Smith has fallen into the trap of storyline-driven schilling that devolves into bickering with Byron Saxton, the perennial foil. It works on NXT with Wade Barrett and Beth Phoenix because they take on the Paula Abdul and Simon Cowell roles of the original “American Idol”, with Phoenix arguing for compassion and feminine instinct, with Barrett advocating for cutthroat tactics and ruthless aggression. Both have the in-ring experience and their former personas as WWE Superstars to ground it in. Virk didn’t have that credibility during his brief tenure, and Smith has inherited his tactic of pushing storylines to cover up for it. Between him, Corey Graves, and Byron Saxton, no one at the Raw desk calls matches with the glee and color that have made McAfee such a hot topic in such a short time on duty. 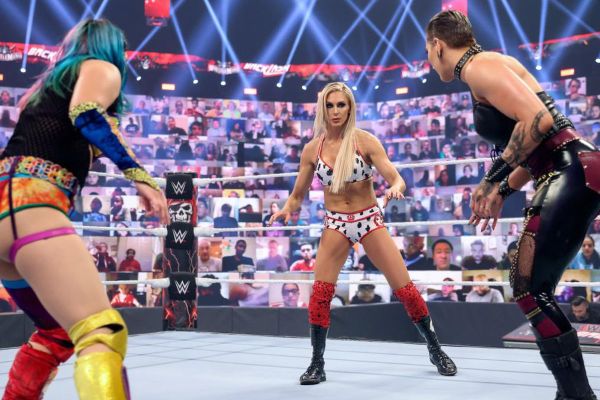 SmackDown’s women’s division is not perfect. It suffered in recent cuts, for example losing fan-favorite Ruby Riott, leaving Liv Morgan the last woman standing out of the Riott Squad and facing an uncertain future if her feud with Carmella doesn’t pop. Natalya and Tamina are having an uplifting run as Women’s Tag Team Champions, but with the dissolution of Sasha Banks and Bayley in 2020 and the Riott Squad just this month, the only challengers for their belts are Nia Jax and Shayna Baszler, and Mandy Rose and Dana Brooke, both on Raw. That was surely an oversight.

Despite that, what is working well is, indeed, working well. Carmella is always a fun scene-stealer, Banks should be back in action next month, according to reports, and the jewel in the crown of SmackDown’s women’s division is the immensely popular Bianca Belair. Eyes are still on her to see how she will follow up her iconic win at WrestleMania 37, pitted against Sasha Banks. Her feud with Bayley has been entertaining-Belair doesn’t have to do much to be likable against heel Bayley, who is honing her act with every appearance: she is an almost Roddy Piper-esque constant agitator, and with her strength and skill and Belair’s, their SummerSlam match will surely be enjoyable.

Then, there is Raw, which is dominated by the lukewarm and repetitive antics of Alexa Bliss.

Much has been said about how the storyline has fallen flat. It has taken many twists and turns since “The Fiend” Bray Wyatt first set his sights on Alexa Bliss and turned her to the dark side, but the mythology around the character is muddled and ineffective. Having her malevolent doll Lily or her telekinetic pyro powers interfere in the matches of key players on the women’s division like Baszler and Jax only cheapens both their wins, losses and the mystique of formidability they need to be believed.

In other corners of the world, there is the uninspiring feud between Charlotte Flair and Rhea Ripley. Instead of capitalizing on how Flair broke Ripley’s confidence and wrecked her dreams by capturing the NXT Women’s Championship out of Ripley’s grasp at her first WrestleMania, they snipe over petty trifles and contrived occurrences. Nikki Cross and Asuka, meanwhile, are used as props in this Mallory Towers rivalry. Raw would do well to ditch Alexa’s Playground and bring the best out of its women in an organic way.

Until WWE hits the road again, Monday Night Raw and Friday Night SmackDown share a set: the Thunderdome. They would do well to share a playbook, too.