Recently, The Ultimate Warrior was the subject of an episode of A&E’s Biography. A few days later, Warrior was the subject of VICE TV’s Dark Side of the Ring. When two people tell the same story, the facts are usually the same but the details will be different. Here, the facts of the life of the Warrior were the same. However, while A&E delivered a simple retelling of Warrior’s life and career, VICE was more brutal in its approach.

The first major difference between the two shows was in the participants. Biography used Warrior’s widow Dana to fill in necessary details while Dark Side employed Warrior’s first wife Shari. While it was obvious that Shari was still quite fond of Warrior, her time with him was rockier than Dana’s. 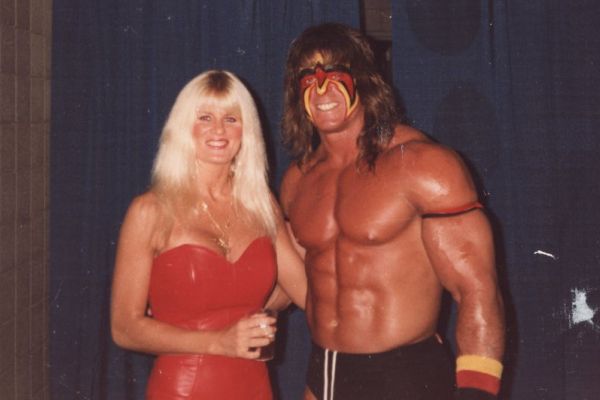 A&E’s Biography described The Ultimate Warrior’s early career as a series of bad matches, stating that he wasn’t well trained. VICE had several people stating that the matches were horrible because Warrior didn’t think that he needed training.

The split between the Blade Runners was, according to A&E, because Warrior felt that he was owed money from Bill Watts. Because of this, Warrior chose not to continue working for Mid-South Wrestling while Sting elected to stay. Dark Side stated that the powers in Mid-South felt that the boys needed more training and Warrior felt as if he didn’t need it so he left. Sting was willing to do anything that he was told. The primary story of Dark Side was that Warrior’s massive ego was his biggest adversary. The Ultimate Warrior allegedly believed that he didn’t need training because his look would make him a top guy.

There were no real differences between the information that was revealed about Warrior’s family history, but while A&E presented in chronologic order, Vice used it to explain Warrior’s feelings and decisions. Supposedly, Warrior was sensitive about his work as a wrestler. Oddly, on the same show, Warrior stated that he didn’t feel as if he needed training.

The infidelity that led to the end of Warrior’s first marriage was not discussed on A&E. On Dark Side, Shari discussed the fact that Warrior sought the attention of other women on the road as he became a bigger star.

Both shows indicated that Warrior saw Vince McMahon as a surrogate father figure. However, while both shows spoke of Warrior’s actions and the ultimatum letter before SummerSlam 1991, Dark Side discussed McMahon’s feelings towards Warrior and the letter. According to VICE, Jim Cornette obtained a copy of McMahon’s letter to Warrior following the SummerSlam main event.

On VICE, Jake Roberts mentioned that he was to work with The Ultimate Warrior following SummerSlam. McMahon told Roberts that Roberts would become the WWF World Champion after the program. Warrior’s release moved Roberts into a program with Randy Savage. Unfortunately for Roberts, the title stayed with Hulk Hogan. Roberts mentioned on Dark Side that he was upset with Warrior for over 20 years. Roberts and Warrior reconciled at Warrior’s Hall of Fame induction.

Warrior met his second wife Dana at his gym in Arizona. In addition, Dark Side mentioned that Warrior was able to achieve some closure with Shari at that gym. He apologized to her for his infidelity and they renewed their friendship.

The most glaring omission from both shows is the fact that neither show discussed The Ultimate Warrior’s brief run in WCW. Though he only competed in three matches for the company, Warrior spent six months on the WCW roster. The final match of the three was against Hulk Hogan at Halloween Havoc 1998. Some consider this match one of the worst matches ever staged.

Despite the different approaches to telling the same story, fans of Warrior and wrestling fans, in general, should endeavor to see both presentations of the life and career of Jim Hellwig, The Ultimate Warrior.

You can check out an almost unlimited array of WWE content on the WWE Network and Peacock. Catch Dark Side of the Ring on VICE, with new episodes airing each Thursday at 9 PM EST.