Match Point is an ongoing series at Last Word on Pro Wrestling, where we look at intriguing matchups in indie wrestling and beyond. They may be dream matches, first-time matchups, or hotly anticipated rematches. As we get closer to AEW Double or Nothing, let’s take an in-depth look at the upcoming tag team match between The Young Bucks and the team of Jon Moxley and Eddie Kingston as they compete with the AEW World Tag Team Championships on the line.

It’s always an interesting matchup for fans to check out when it’s an established tag team taking on one that may be considered makeshift. However, at Double or Nothing, it’s two long-time friends contending for tag titles in what would mark the first such occasion for the two. Jon Moxley and Eddie Kingston have had beef with The Elite as of late, managing to get so far into the heads of The Young Bucks that the champions ultimately laid down the challenge. Perhaps, that’s a credit to Moxley and Kingston for getting into their heads as a two-man, rogue team taking on five guys with no fear whatsoever. On Sunday night, Moxley and Kingston will go in undefeated against a team known to many as “The Best in the World.”

It feels like it should be a one-sided affair here, but maybe, just maybe this could be a special night for Moxley and Kingston. Here’s a look at how both teams got here and what their match has shaped up to be.

The Champions: The Young Bucks

It’s felt like it has been way more than a decade that The Young Bucks have been considered one of the best teams in the world and nowadays, maybe the absolute best. Their recent attitude shift has given them some extra motivation and steam though. Ever since realigning with Kenny Omega and The Good Brothers, The Young Bucks have been nothing short of great. They have confidently defended their championships while having no problem who they turn the wrong way in the meantime. After all, they ended the team of SCU once and for all. They didn’t even bat an eye for ending a team that they once saw as their friends. Matt Jackson and Nick Jackson no longer care about anyone but themselves, making them the most dangerous they have ever been.

They’re going to need that mentality heading into this title defense. The idea of defending against Moxley and Kingston has to be something the Bucks do not take lightly considering what both men have been willing to do to each other in the past, let alone other opponents. But what The Young Bucks have that Moxley and Kingston don’t, is the never-ending chemistry, tag-team recognition, and The Elite by their side if they get into a sticky situation. The AEW World Tag Team Champions are not only among the best in the world but simply put they are one of the best all-time. All they need to win this match is what has brought them to this situation again and again — each other. This could very well be the best version of The Young Bucks. 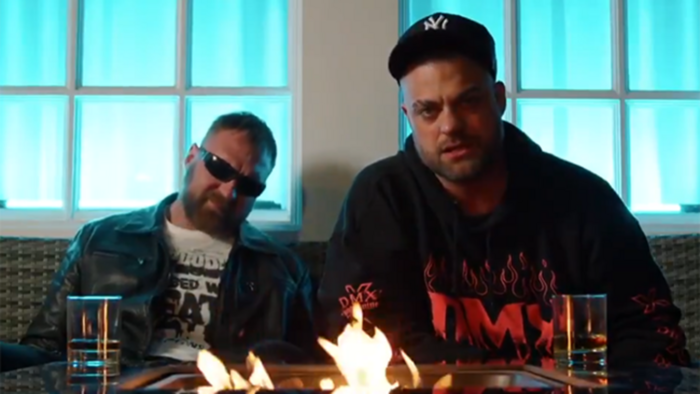 Jon Moxley and Eddie Kingston wrestled each other in November with the AEW World Championship on the line. To further that, the match happened to be an I Quit match. These two have a conflicted relationship, but one that has and forever will remain intact. Their AEW partnership was formed when Omega and The Good Brothers attempted to leave Moxley for dead in the middle of the ring at the conclusion of Revolution as the ring was supposed to blow up, leaving Moxley on the sidelines for who knows how long. Kingston ran down to the ring to try and save his former best friend turned rival as he covered his face while the explosions detonated. Of course, as we know now, those explosions weren’t too effective. So now, these two have come together.

And that, ladies and gentlemen, has led to the most entertaining combination in professional wrestling right now. They are attached at the hip essentially and have had zero problems taking on any and all opponents to this point. They currently sit at 5-0 and have this title match thanks to pestering The Elite. But here’s the caveat as to why this may not go very well for the duo. In the careers of Matt and Nick Jackson, they have won 32 tag team championships together. 32. The last time Kingston won tag team titles was in 2019 alongside Joe Gacy. Moxley’s last tag title win was in 2018 with Seth Rollins. This team has never once done it together. But with the attitude of them versus the world, it certainly feels as though this could be the time they rise to the occasion.

Setting The Stage For a Potential Upset 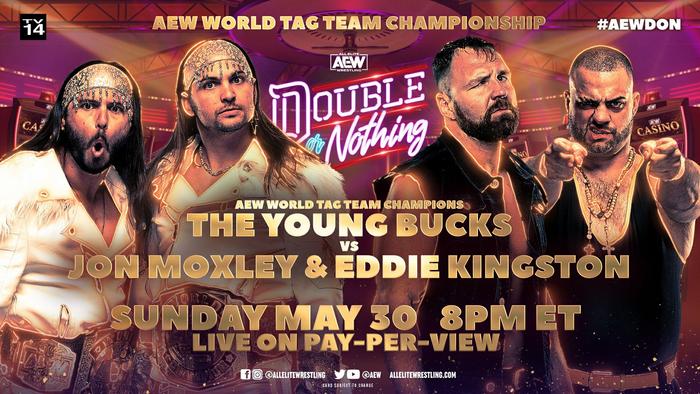 On Sunday night, anything can happen in this one. The Young Bucks have not held their gold for over 200 days and there could be no end in sight, but Jon Moxley and Eddie Kingston could shock the world. There’s a story being told here between the two that no matter who gets in their way, no matter what tries to stop them, they are going to keep blazing forward with the hopes of creating problems for those who cross them. A win for Moxley and Kingston would not only begin a very interesting run for them but would give The Elite their first major loss in quite some time. That’s welcoming all in itself.

Not only can this match be the bout of the night at Double or Nothing, but it has the capability to be the true game-changer of the entire pay-per-view. Have The Young Bucks’ confidence caught up to them? Or will it be a night where the top tag team in AEW once again shows that they are the best? It’s a must-see event.