Following an extended break, as well as a period when fans didn’t know future cards, Gatoh Move Pro Wrestling is back with ChocoPro #116. This will feature much of the same action that ChocoPro fans have come to love, as well as the return of an Actwres girl’Z star that made a huge impact in her recent showings. What should fans come to expect on this upcoming episode? Let’s run down the action set to take place. 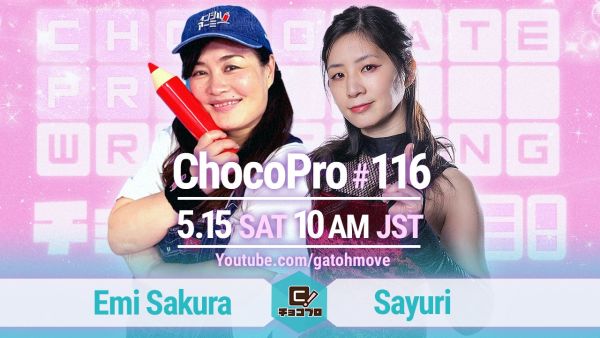 Starting ChocoPro #116 will be a singles encounter between Emi Sakura, or “Emi Pencil,” and Sayuri, the “Kunoichi” of Gatoh Move. To say that Pencil Army has been in a slump would be an understatement. On the previous episode, Sakura battled former Pencil Army member Chris Brookes. The match would devolve into chaos as multiple stars became involved, capped off with Brookes storming out of Ichigaya Chocolate Square. On this show, Sakura returns to singles action to battle Sayuri, who will undoubtedly be looking for momentum with a singles victory. Who will come out on top in this opening match? 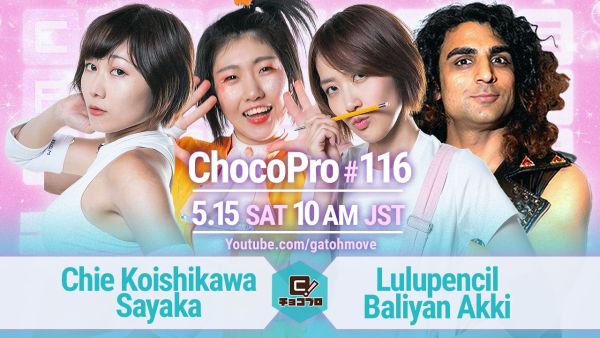 Chie Koishikawa and Sayaka vs. Lulu Pencil and Baliyan Akki

The second match on ChocoPro #116 will feature three fourth-generation Gatoh Move stars and one-half of the Asia Dream Tag Team Champions. On the previous episode, Lulu Pencil teamed with Minoru Fujita, or “Mino Pencil,” in a losing effort to Best Bros. Keep in mind that Lulu Pencil has been on an emotional slump, brought on by Brookes defecting from Pencil Army back on episode #110. However, with a supportive Baliyan Akki by her side, the Pencil Army commanding officer will be looking to get things back on track. Given the combined exuberance and energy of Chie Koishikawa and Sayaka, however, this may be easier said than done. 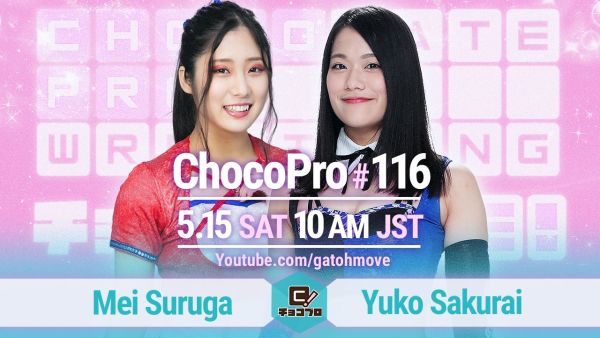 Making her return to Ichigaya Chocolate Square is Actwres girl’Z star Yuko Sakurai. Her last appearance on ChocoPro took place on episode #112, where she picked up a sizable victory over Chie Koishikawa. The episode before that, Sakurai battled Tokiko Kirihara in a losing yet valiant effort. In addition to being a voice actress, Sakurai is a capable powerhouse wrestler, showcasing unlimited potential despite still being relatively new to the wrestling business. In this ChocoPro main event, however, she will step up to perhaps the greatest challenge of her young career to date.

Mei Suruga is many things. In addition to being one-half of the Asia Dream Tag Team Champions, “The Apple Girl” is Gatoh Move’s premier star. Her cheerful demeanor is just as undeniable as her wily tactics, the latter of which have helped her attain considerable success. As of this writing, Suruga is on a ten-match winning streak in ChocoPro, which began on episode #104 last month. Can “Mei-chan” continue her winning ways against a hungry Sakurai? This will be a main event not to miss.