In the summer of 2019, Gatoh Move Pro Wrestling fans were introduced to the women currently known as the promotion’s fourth-generation stars. Sayaka, Rin Rin, Sayuri, Chie Koishikawa, Tokiko Kirihara, and Lulu Pencil entered the promotion during this period, showcasing their unique personalities all the while. As the months progressed, they became more proficient wrestlers, enhancing their already unique characters. Now, many of these stars are regular competitors for Gatoh Move’s YouTube showcase, ChocoPro.

Since the show’s debut in March, ChocoPro has showcased talent from Japan and around the world. Perhaps no group has benefited from ChocoPro more than the fourth generation of Gatoh Move stars. Though they lacked a genuine crowd to compete in front of them, they were able to take each match as a learning opportunity, building their skill sets and expanding their characters. With ChocoPro fast approaching its one-year anniversary, let’s take a look at the fourth generation stars in question and what the future may hold for them. 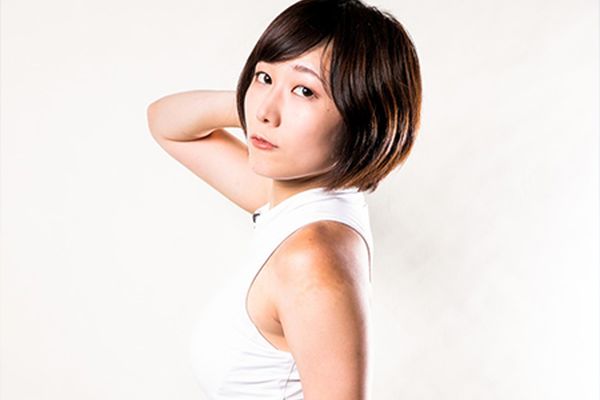 As a cosplayer, the avid gamer known as Sayaka entered Gatoh Move alongside her fellow rookies. Perhaps it was Sayaka’s love for gaming that made her a good fit for professional wrestling; simply put, she is nothing short of competitive. Armed with such hard-hitting moves as an impactful dropkick, this Gatoh Move star in white showed promise from the summer of 2019 onward. She even appeared on the first episode of ChocoPro, which took place in March of 2020. Since then, she hadn’t appeared on ChocoPro.

This began to change, however, as 2020 came to a close. Though not in a competitive role, Sayaka started to make more appearances on episodes of ChocoPro. Most notably, on the New Year’s episode, she appeared to present the competitors of the five-way match – this will be discussed in more detail later – with a spare orange after the original was eaten by the overeager Antonio Honda. When will Sayaka make her next competitive appearance for ChocoPro? Perhaps we will see sooner than later in 2021. 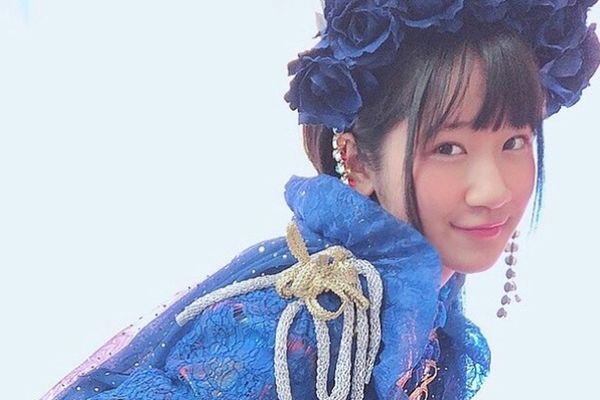 Rin Rin entered Gatoh Move as the youngest of the fourth generation at 14 years old. The concept of women entering professional wrestling early in life isn’t unheard of; at nine years old, Riho, perhaps the most well-known Gatoh Move star, began her training. Nonetheless, Rin Rin began her training with Gatoh Move, donning the color yellow and sporting pigtails. Though her short stature put her at a disadvantage, she was part of several exciting matches, including one six-man contest where she was inadvertently sent into the ceiling by Chris Brookes. Simply put, her formative months in wrestling were far from dull.

Though Rin Rin appeared on the first episode of ChocoPro, she remained absent for several months after. As she was still in school, Rin Rin’s studies required much of her time. However, by December, she made her return to the show, sporting a new, blue attire and a boost in confidence as a “Master of Ceremonies.” The “MC” of Gatoh Move picked up her first win on ChocoPro, battling four other opponents in a five-way New Year’s match. The result of the match saw Rin Rin place a dumpling-like hat on her head before setting a celebratory orange atop it. What does the future hold for Rin Rin? Though she is still young, her potential can’t be denied. 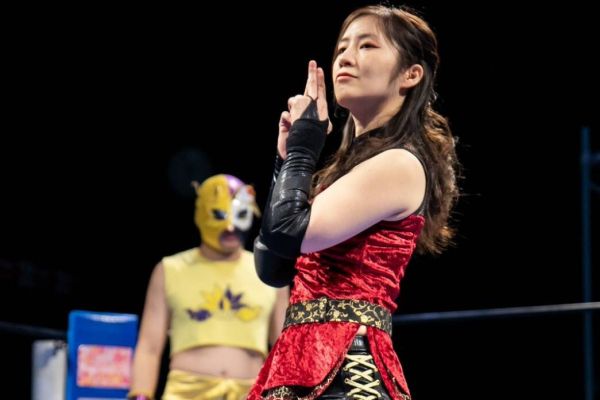 Possessing illusionary tactics and a ninja-like spirit, Sayuri is the “Kunoichi” of Gatoh Move. This five-foot, fourth-generation star may not possess the same level of physical strength as many of her peers. However, where she was able to make up for this was in her technical game, able to quickly apply and deliver moves to her opponents. This approach would only develop further when, upon appearing for ChocoPro, she began to adopt the mind and spirit of the ninja.

Sayuri made her ChocoPro debut this past June. It wasn’t until the following October, though, when she appeared regularly on the show. During this time, her moniker of “Kunoichi” developed. Her shuriken-like chops provided her with a boost to her power game. Furthermore, she was able to utilize Ichigaya Chocolate Square to her advantage, hiding from opponents before striking them when they least expected it. This new character has brought with it not only new techniques but a greater sense of wisdom. Though she is still building experience, Sayuri is one Gatoh Move star not to overlook. 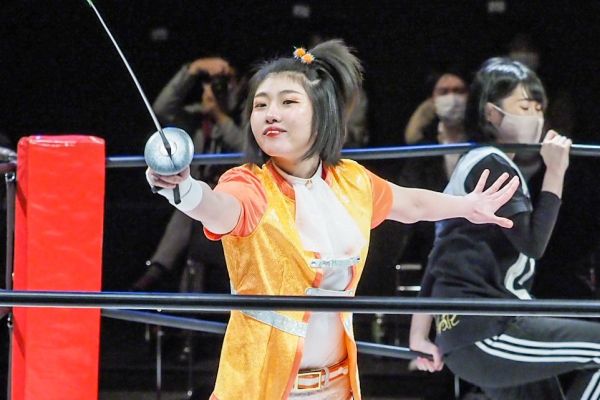 “Say Konnichiwaaa! Say Hellooo!” Chie Koishikawa brings energy and exuberance to Gatoh Move that none can match. In fact, in relatively short order on ChocoPro, she became one of the most popular stars on the show. As a native of Shizuoka, Japan, this fighter in orange had an athletic background in fencing. However, by the summer of 2019, she traded in her saber for wrestling gear. She developed during Gatoh Move events, teaming and working with a variety of fighters. However, it was in ChocoPro where her popularity skyrocketed.

Koishikawa made her ChocoPro debut this past September, showcasing not only the aforementioned exuberance but a drive to become better. She wanted to devote herself to professional wrestling. Thus, later that month, she announced she quit her job to become a full-time wrestler. Since then, she has not only been a consistent presence on ChocoPro, but she’s gone on to appear for promotions including Michinoku Pro Wrestling. Given the success that Koishikawa has seen throughout 2020, it’s fair to say that 2021 will be even more promising for the bundle of energy whose saber-like chops will have opponents remembering her for some time to come. 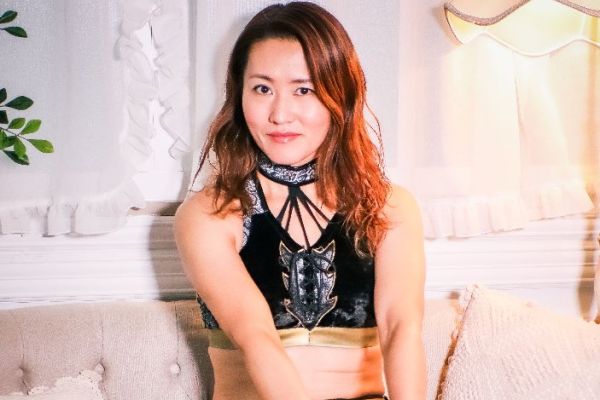 At 46 years old, Tokiko Kirihara is the oldest of the fourth generation Gatoh Move stars. However, if there’s anything that she has proven, it’s that one’s age shouldn’t deter them from fighting for their dreams. Also known as “Otoki-san,” Kirihara was a mixed martial artist prior to entering the world of professional wrestling. Under the tutelage of Emi Sakura, Kirihara was able to integrate her MMA background into wrestling, entering Gatoh Move alongside her fellow fourth-generation stars. Tall and muscular, the Showa Era enthusiast was nothing short of legitimate.

However, once she started appearing for ChocoPro on a regular basis, Tokiko Kirihara became a more well-rounded wrestler. Her bell-to-bell offense became stronger; from quick takedowns to grueling submissions, Kirihara was incredibly formidable. However, it was in ChocoPro that her Showa Era enthusiasm grew. Incorporating the dance move, the twist, in her repertoire, Kirihara showed that she could be more than just a straightforward fighter. ChocoPro allowed her to showcase her personality, making her that much more of a star to tune into Gatoh Move’s YouTube channel to watch. 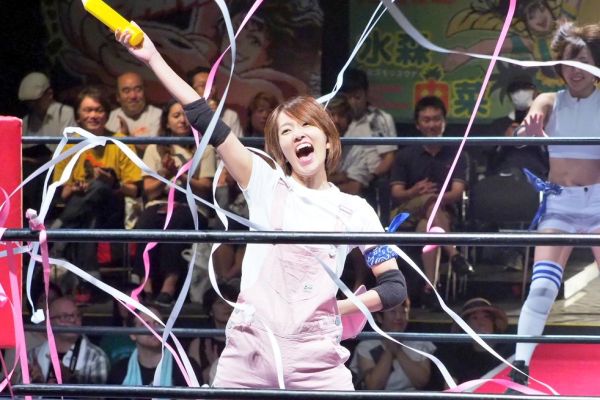 Perhaps the most well-known Gatoh Move fourth generation star, real-life freelance writer Lulu Pencil is equal parts humorous, resourceful, and earnest. New fans may be surprised to know that, only a few short months after her debut, she appeared for Pro Wrestling: EVE during their 2019 SHE-1 tournament. She didn’t compete in said tournament; rather, she worked a singles match with Mei Suruga, with Baliyan Akki as the special guest referee. The London audience was electric for Lulu Pencil, rooting for her from the get-go. It could be argued that this is truly where the Pencil Army began.

From a storyline perspective, one can argue Lulu Pencil benefited the most from ChocoPro. Throughout the show’s multiple episodes, she has strived for a single goal: to become stronger. Whether it was against fellow comedic grapplers such as Antonio Honda or more serious obstacles including Chris Brookes, Lulu Pencil’s resolve has never waned. This spirit has only endeared the Pencil Army commanding officer to viewers. Lulu Pencil’s goal for greater strength will continue in 2021. Her fans will stick with her each step of the way; after all, we are all Pencil Army.