As we all know, it’s been a rough 18 months for most professional wrestling promotions all around the world due to the global pandemic preventing audiences to attend shows. In the case of Lucha Libre AAA Worldwide, it’s been no different as ever since their last taped shows in March 2020 there have been basically no shows held for weeks, sometimes months at a time. Things are finally starting to look up for the Mexican promotion as they held one of their marquee events, Rey de Reyes this past weekend. Even though the show still had no live audience, the reception, and online comments have been nothing but positive. With the inclusion of international talents such as Sam Adonis and IMPACT Wrestling’s Knockouts Champion Deonna Purrazzo, it looks like Lucha Libre is starting to go back to normal ahead of TripleMania 2021.

Not only did we see five top-quality lucha libre matches including some of AAA’s biggest stars but we also saw the beginning of the build towards TripleMania, AAA’s biggest show of the year. Even if there is still no announced date for TripleMania, we can assume based on previous non-pandemic years that the event will take place somewhere between July and August later this year.

After last year’s TripleMania that not only didn’t have a live audience but also had virtually no build to any of the matches, it is refreshing to look forward to specific angles and matches being vaguely advertised for the near future.

What To Expect From TripleMania

One of the biggest surprises on Rey de Reyes was the debut of Sam Adonis, Diamante Azul, and Puma King to form the new stable “La Empresa”. All fare ormer CMLL competitors and even house the current CMLL National Heavyweight Champion in Diamante Azul.

AAA has a deep history with invading factions especially when foreigners are doing the invading, which means we can only assume these three men are up for a main event feud with some of AAA’s biggest babyfaces.

As far as a TripleMania match goes nothing has been announced as of yet but our bet would be on a six-man tag match involving these three men against either the recently reformed faction of the Psycho Circus (Psycho Clown, Murder Clown, and Monster Clown), or the already known team of Laredo Kid and the Lucha Brothers (Pentagon Jr. and Rey Fénix).

Either one of these matches has all the ingredients to not only steal the show in what’s shaping up to be a stacked card already but to cement the three members of “La Empresa” as a force to be reckoned with in AAA for years to come. 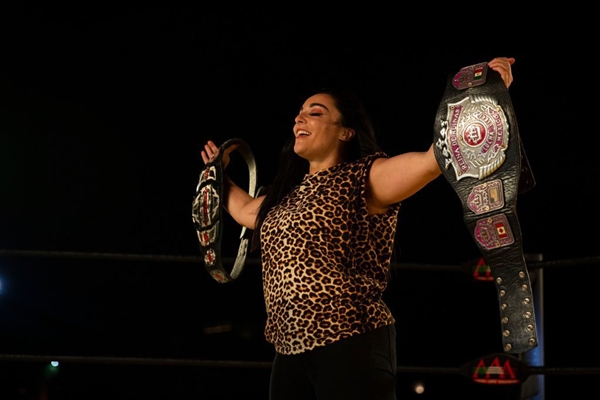 The first match teased at Rey de Reyes for TripleMania was the challenge made by Deona Purrazzo to Faby Apache, the new Reina de Reinas Champion, for a Title vs. Title match at AAA’s biggest show of the year. This match makes all the sense in the world, as it puts together the top two women in their respective companies and adds the high stakes element of both titles on the line, almost guaranteeing a must-see match.

Faby Apache has done everything there is to do in AAA as a female competitor; from her now 4 title reigns as Reina de Reinas, to her countless matches against male competitors to losing her hair at Triplemania XXVI (2018), there is no one better to represent AAA and Lucha Libre and stand up to the foreign cocky Knockouts champion.

In Deonna’s case, ever since her release from WWE and her seamless transition to IMPACT Wrestling almost a year ago she has become one of the top women wrestlers in the U.S. this is the first time we see “The Virtuosa” step foot outside of IMPACT and the U.S. for that matter, and this international program with Faby Apache may be exactly what she needs to establish herself as an international main event draw and maybe even the top woman in the industry.

In our opinion, this match has all the ingredients for an instant classic in TripleMania history and it will not only raise both competitor’s stock in their respective home nations and internationally, but it will also do wonders for both their respective titles on a worldwide stage. 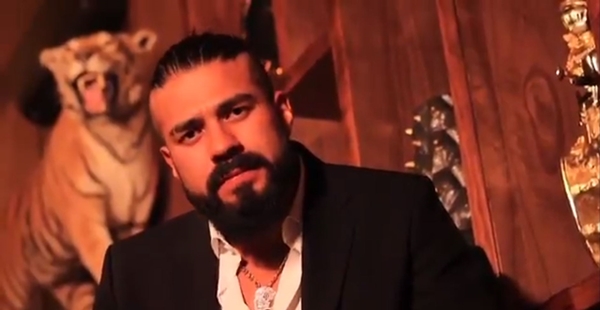 Finally, to close out Rey de Reyes, Andrade “El Idolo” made his first-ever appearance for AAA in video form to personally challenge Kenny Omega for the (o)MegaChampionship at TripleMania. Even if Omega still hasn’t responded to the challenge, it almost seems too perfect to reject and fans all over the world are already preparing for this dream match that only a few months ago felt like it could never happen.

Ever since his release from WWE, Andrade has been extremely vocal about wanting to wrestle in as many places as humanly possible and not wanting an exclusive contract anywhere else. This seems to point in the direction of Andrade only being a special attraction for AAA and not a regular competitor for the promotion; this doesn’t mean he’s losing the match though, as we know AAA doesn’t exactly book their world champion in every single event as the cases of Johnny Mundo, Jeff Jarrett and even the current champion Kenny Omega has shown us.

Kenny Omega has been the MegaChampion for 561 days as of the writing of this article already becoming the third-longest reigning champion in history with only 4 title defenses. This, combined with the fact that Omega doesn’t usually show off the belt, makes for the perfect story for Andrade to come back home to Mexico with the purpose of taking back the title to a Mexican champion and stop Kenny in his quest to become world champion everywhere he goes.

Both competitors have a very fast-paced and intense wrestling style, which should make for, again, an instant classic and even a Match of the Year contender. We can only expect greatness when these two finally lock up in the biggest stage in Mexican Lucha Libre. This dream match can help set up TripleMania this year as a must-watch show and may be exactly what AAA needs to get back on track as one of the top promotions in the world after suffering from inactivity due to the pandemic.

What do you think? What match are you looking forward the most? Will Andrade end Kenny Omega’s international reign of terror?

Stay tuned to the Last Word on Pro Wrestling for more on this and other stories from around the world of wrestling, as they develop. You can always count on LWOPW to be on top of the major news in the wrestling world, as well as to provide you with analysis, previews, videos, interviews, and editorials on the wrestling world.  Subscribe to AAA on Twitch to see more from Mexico’s top company.