At the conclusion of this week’s episode of Friday Night SmackDown, Daniel Bryan was banished from the roster. As promised last week when the stipulation was made for the Universal Championship match, Roman Reigns sent Bryan packing from the brand he has helped spearhead – both as a competitor and as a General Manager – over the past five years. This should not come as a surprise, as Bryan has been hinting strongly at a reduced role for a while now. He turns 40 next month, is married and has two children – so there is no shame in stepping back. Additionally, in vanquishing such a beloved opponent in Bryan, Reigns further consolidates his despotic reign over SmackDown and demonstrates just how serious he is about his threats. In tribute to an undoubted legend in both the WWE and professional wrestling as a whole, let us now take a look at Daniel Bryan’s SmackDown run. 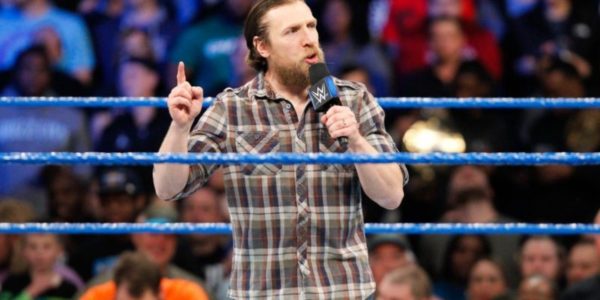 Whereas he had made appearances prior to 2016, Daniel Bryan began his current SmackDown run in mid-2016. In what was billed as the “New Era”, Bryan – along with Shane McMahon – led the on-air management of SmackDown. Shane would act as Commissioner, with Bryan working beneath him as the General Manager. Both men were beloved babyfaces at the time – Shane was the freshly returned, fan-favorite of the McMahon family. Bryan, a cherished WWE veteran at this point, had retired from the ring a few months prior in February. To many, this was a welcomed addition to the brand, as more Bryan can only be deemed a positive thing. 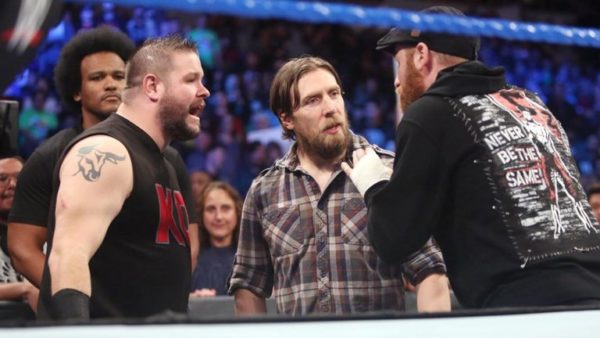 As the General Manager, he became embroiled in many of the feuds which took place during his tenure. Most notably, he became involved in the rivalry between the team of Kevin Owens and Sami Zayn and Bryan’s boss, Shane McMahon. This, of course, began the process of Bryan’s gradual shift back towards being an in-ring competitor again. Bryan, himself, has admitted on numerous occasions that he hated being the SmackDown General Manager and was forever seeking doctor approvals to get back to doing what he loves: wrestling. He talked about this with SPORTBible in 2018:

“It was very difficult. I disliked it, strongly. I would try and leave as soon as I could and if I found out they might not have a segment for me on TV, I would be texting the writers being like, ‘Hey can I just stay home’ – a portion of that is not liking it and portion of that is because now I’m being away from Brie and my baby to do something I’m not passionate about. That was a weird mental thing for me.”

On March 20, 2018, Bryan announced to the WWE Universe that he had been cleared to compete and that – at WrestleMania XXXIV – he was going to “kick Kevin Owens’ and Sami Zayn’s heads in.” 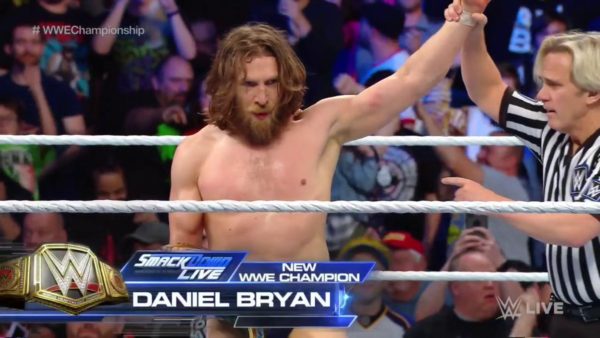 True to his word, Bryan – with the assistance of tag team partner, Shane McMahon – made Sami Zayn tap out at WrestleMania, securing the victory over Owens and Zayn. This would ensure the return was off to a fiery start. Ultimately, however, the return fell flat. The two years away from the ring (in addition to the flurry of injuries between his WrestleMania XXX victory and his retirement) had cooled Bryan’s momentum. Yes, he was still over. Yes, he was still Daniel Bryan. But despite this, he felt like a tribute act to his former self. Then, on November 13th, 2018, the impossible happened: the ultimate babyface became a heel.

Bryan hadn’t been heel in six or so years. Last time, he performed as a comical heel in a tag team with Kane – who was essentially the Dean Martin to Bryan’s Jerry Lewis. This incarnation of the heel Bryan was a different beast to the one who made audiences laugh as one-half of Team Hell No. On November 13th 2018, on an episode of SmackDown, Bryan cheated to defeat AJ Styles for the WWE Championship. Two days later, a darker Daniel Bryan (who would proclaim to be the “New Daniel Bryan”) would compete against Brock Lesnar at the annual Survivor Series cross-brand, champion versus champion match. He would almost win, too. Not long after this, he would become “Captain Planet”; the evil, plastic hating, leather loathing vegan who would go so far as to do away with the leather strap (in favor of hemp) on the WWE Championship. He would align with Rowan and would quickly become the best thing on SmackDown.

Return to Babyface and the Run to the Present 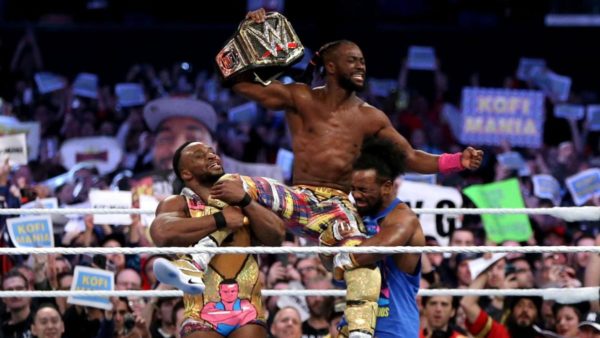 If the sole purpose of Daniel Bryan’s heel run was to put over Kofi Kingston (who had essentially become the Daniel Bryan of 2014), then it was worth it. He did just that at WrestleMania XXXV and before long, Bryan was a babyface once again. 2019 would see Bryan align with Roman Reigns (how times have changed) in his fights against the likes of Baron Corbin, Sami Zayn and Shinsuke Nakamura. He began to feel less like an active, full-time competitor and more like a special member of the roster who had achieved everything there was to achieve and was now just happy to be here. In many ways, post-heel Bryan has felt like someone enjoying their final run as a full-time member of the WWE roster – something Bryan has alluded to on a number of occasions. 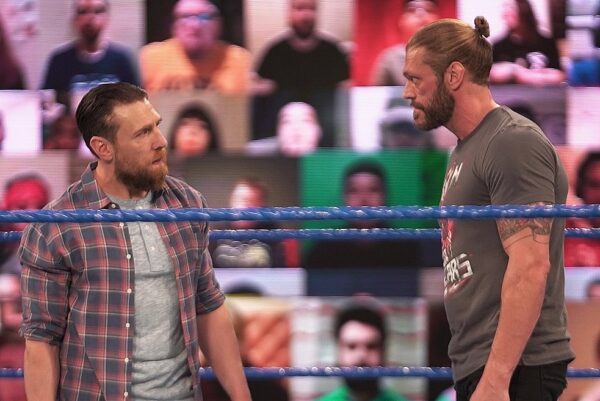 Throughout the “pandemic era”, Bryan has mostly been floating around different feuds in the midcard. He was defeated by Sami Zayn in an Intercontinental title match at WrestleMania 36; briefly teamed with Otis and Chad Gable; has had matches with the likes of Shinsuke Nakamura and Cesaro and, until very recently, has kept away from the main event. This changed at WrestleMania 37, of course, when he became the third man in a triple threat match for the Universal Championship, involving Edge and Roman Reigns. It was in this match where Bryan, interviewed by Robbie Fox recently on My Mom’s Basement, described feeling “detached”.