The main event of WrestleMania 37 night two saw “The Tribal Chief” Roman Reigns come out on top and reign supreme. The match was a spectacular affair which saw fans on the edge of their seats, wondering who will survive at the end of the night. Roman stood atop the mountain and claimed Daniel Bryan and Edge as his victims, stacking the two and pinning them both to retain the Universal Championship. “The Big Dog” might be onto the next challenger, but the men he left laying in the ring seem like they still have a bone to pick with each other. Edge fell short in his quest to secure the greatest ending to his storied comeback. Bryan also fell short, and could not recreate the magic he did back WrestleMania XXX. This rivalry is far from over, and here are some reasons and scenarios in which it could continue. 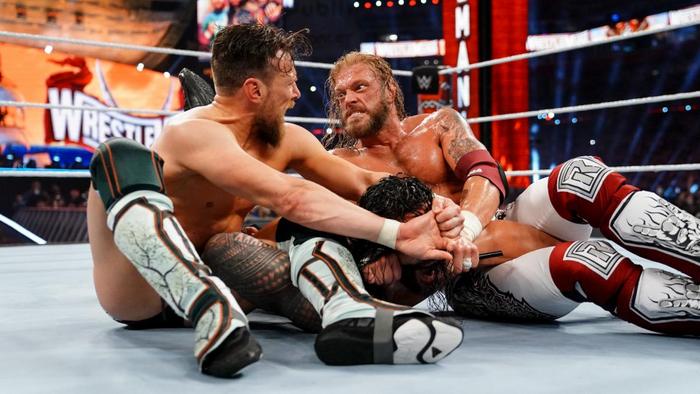 Roman Reigns will not be champion forever. Even though he does seem like he is unbeatable, there will come a day that someone will have his number. Edge and Daniel Bryan are far and away the two best contenders to take the title away from “The Tribal Chief.” Both can respectively have a months-long program with Reigns, and could realistically pry away the title from him. This will lead to them ultimately crossing paths at some point. After all the things that happened during the match at WrestleMania, Edge and Bryan will be gunning for one another. Whether it’s as challenger or champion these two are looking to exact revenge on another. They might have to do it separately, for the time being, to preserve a possible SummerSlam or even next WrestleMania‘s main event. Rest assured, these two won’t be apart for too long.

Edge was so close. He fought hard to make a second comeback, where fans saw him make a triumphant return at the 2021 edition of the Royal Rumble. Edge not only competed in the match but won the whole thing after entering at number one. He outlasted 29 other men to secure his date with destiny at WrestleMania. And then Daniel Bryan found his way into Edge’s match. In the eyes of Edge, Bryan would be the one to blame in all of this. Edge has the right to say that he won the Rumble fair and square and Bryan just had to stick his nose in Edge’s business. He was a match and a three-count away from hoisting the title that resembles the one he never lost a decade ago. These are all valid points, but knowing “The Rated-R Superstar” he will not deal with this diplomatically. Bryan should have eyes in the back of his head, as “The Ultimate Opportunist” is ready to strike whenever he sees fit.

Peeling Back the Curtain 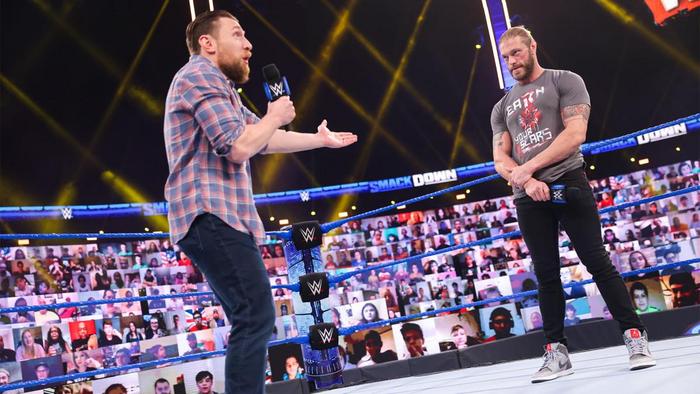 This is more for the “Hollywood insider” in all our fans. Edge named Daniel Bryan as one of his dream opponents when discussing his WWE comeback. It’s also no secret Bryan is going to hang up the wrestling boots full-time sooner rather than later. What is a more perfect time than now? Edge wants the best of the best. He wants to have the best series of matches in his whole career and prove to everybody he’s not a part-timer nor a person chasing after what he once was. This is a new and improved but older Edge. Bryan could give Edge the best matches of his entire career.

Fans are clamoring for the battles these two could wage one on one. Both are entertaining on the mic as both are some of the most charismatic figures in all of wrestling. So fans will not have a hard time getting behind or rooting against either of them. Bryan works better as a face and Edge is one of the greatest heels in the modern era. Whichever way WWE decides upon, it’s an easy decision to make, pitting these two in a program against one another.

This story practically writes itself, WWE would be crazy not to cash in on this angle. Edge and Daniel Bryan respectively had to retire due to serious injuries, and both have made successful comebacks to the ring.  With the being said, there’s one glaring difference. Daniel Bryan got his moment in the sun. He had one of the best heel runs in the last five or so years and was able to hold the WWE Championship. Edge never got that, at least not yet. Edge was inches away from realizing his dream but Bryan just had to spoil it. If anyone thinks Edge doesn’t have revenge on his mind they clearly don’t know him well enough. This leaves Edge wondering what did he ever do to deserve this and how could he get back at the leader of the “Yes! Movement?” This is a license to print money and the promotion should consider pulling the trigger at some point on this rivalry.