Indie Watch is our regular series that looks at all of the amazing talents working the independent circuits around the world. Some are veterans revitalizing their careers, some are indie prospects hitting their peaks, while others are names to be on the watch for! On this edition, we shift focus to the generational wrestling star, who has worked everywhere from SHINE Wrestling to World Wonder Ring Stardom to World Wrestling Entertainment, Rachael Ellering.

There are certain expectations of generational stars in various sports. This is especially true in professional wrestling, where men and women achieve success that their children, if they enter the business, are expected to match. While some walk similar paths, others carve their own legacies. Among the generational stars in the game is the powerful “Queen of Strong Smile,” Rachael Ellering. 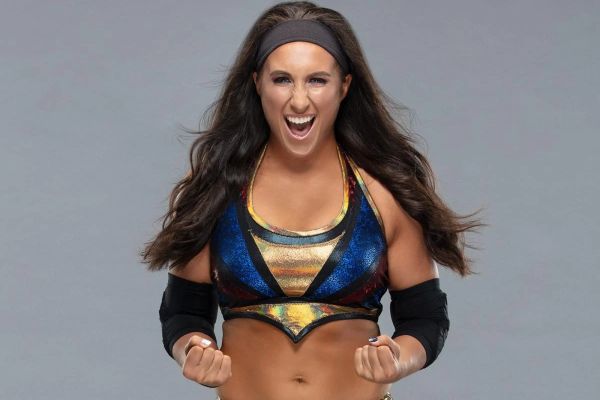 The Early Days of Rachael Ellering

Rachael Ellering is the daughter of Paul Ellering, who achieved legendary status in wrestling as an in-ring competitor and manager. Despite being a second-generation star, growing up, she was not supposed to watch wrestling. According to her, this was done to keep his wrestling endeavors separate from personal life. However, as the years progressed, she became increasingly enamored with the world her father worked in.

Professional wrestling wasn’t the only form of athletics where Rachael Ellering participated. Not unlike her father, she took part in powerlifting. She performed well in the sport, even winning a bronze medal, representing the United States, at the 2014 World Powerlifting Championships. This was monumental, to say the least. Her training, which focused on strength, would also prove advantageous when she shifted gears. Moving away from the world of powerlifting, she would, once again, follow in her father’s footsteps. This time, her focus became professional wrestling.

Getting Her Start in Wrestling

In her early 20s, Ellering took the first steps to pursue professional wrestling as a career. In 2015, she underwent training at the Storm Wrestling Academy, headed by Lance Storm. The first promotion she worked for was Prairie Wrestling Alliance, based out of Edmonton, Alberta, Canada. It was here where she wrestled multiple matches with Gisele Shaw. 2016 saw Ellering debut for Real Canadian Wrestling in January. In the months that followed, she appeared for other promotions. In April, she appeared for SHINE Wrestling, where she faced Tessa Blanchard. During the same month, she debuted on WWE NXT, losing to Alexa Bliss. This wouldn’t be Ellering’s final stint with the promotion.

The remainder of 2016 proved successful for Ellering in terms of building her name. In addition to continued NXT appearances, she worked for matches for organizations such as Queens of Combat. She made her first QOC appearance in August, besting Kennadi Brink. The following November, Ellering debuted for Resistance Pro Wrestling, based out of Chicago, Illinois. She competed in a tournament for the vacant RPW Women’s Championship. Ultimately, Ellering came out on top, winning her first wrestling title in the process. Simply put, things were looking up for “The Queen of Strong Smile.”

Ellering started 2017 strong, winning the WrestleCircus Lady of the Ring Championship at February’s Taking Center Stage event. The month after, she began making appearances for IMPACT Wrestling, facing Sienna and Laurel Van Ness during separate events. Throughout her independent run, she continued to wrestle on NXT, even competing in a battle royal to determine a new contender for the brand’s Women’s Championship. In the summer of 2017, Ellering branched out from NXT to participate in a brand-new WWE initiative.

Rachael Ellering in the Mae Young Classic and Japan

Enter the inaugural Mae Young Classic, an all-women’s tournament bringing in stars from around the world. Ellering performed well, defeating Marti Belle in the first round before falling to Kimber Lee, then known as Abbey Laith, in the semifinals. Once again, Ellering’s work in WWE didn’t end here. November saw Ellering debut for SHIMMER Women Athletes, where she tested her mettle against LuFisto, Zoe Lucas, and Cheerleader Melissa. By the end of the year, she began her first tour of Japan with World Wonder Ring Stardom. 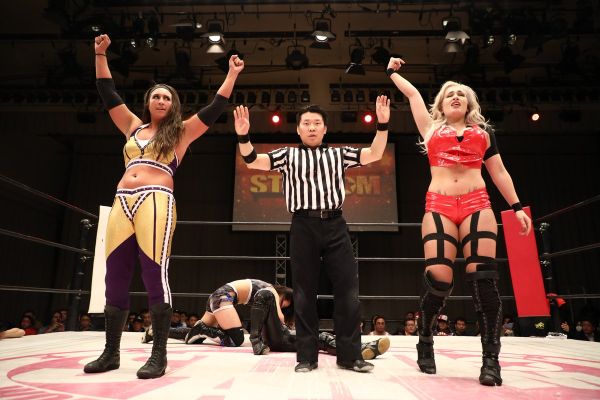 From December of 2017 to January of 2018, Ellering worked exclusively with Stardom. During this time, she wrestled a litany of stars, including Momo Watanabe and Io Shirai of Queen’s Quest. She even challenged Shirai for the Wonder of Stardom Championship. By February, Ellering was back working in the states. In addition to her work across various independent promotions, SHIMMER and PCW ULTRA included, she participated in the second Mae Young Classic, where she faced Hiroyo Matsumoto in the first round. From there, Ellering returned to Stardom in August, competing in that year’s 5STAR Grand Prix. Ellering earned 9 points in Block B, becoming one of the tournament’s better performers that year.

When One Door Closes, Others Open

In January of 2019, it was reported that Ellering signed with World Wrestling Entertainment. She worked various NXT live events, competing against such names as Shirai, Deonna Purrazzo, and Mia Yim. In late July, Ellering sustained a torn ACL in a match against Lacey Lane. The injury kept her out of action for the next year. Unfortunately, in May of 2019, she was among the several workers released from WWE following the COVID-19 pandemic. It didn’t take long for Ellering to return to wrestling, however. 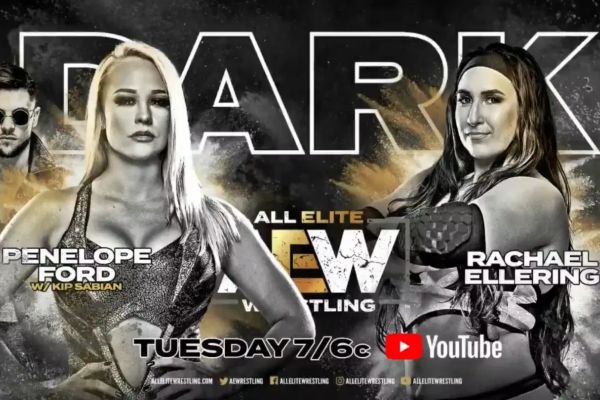 The following July, Ellering made her All Elite Wrestling debut in the Women’s Tag Team Cup Tournament. Alongside AEW announcer Dasha Gonzalez, Ellering faced eventual tournament winners Diamante and Ivelisse. The same month, Ellering made her first AEW DARK appearance, facing Penelope Ford in a losing effort. With 2021 posing many opportunities for wrestlers around the world, one must wonder what the future holds next for “The Queen of Strong Smile.”

Regardless of where Rachael Ellering will appear next, she will bring her trademark power-based offense with her. Not only does she boast strength she built in powerlifting, but she carries experience amassed in the United States and abroad. Furthermore, she is a generational star; as cliché as it sounds, the business runs through her veins. Don’t let her bright smile fool you, as she is among the most formidable stars in the game today.