Friday Night SmackDown returns to our screens for its go-home edition ahead of WrestleMania 37. That’s right, tomorrow begins the two-night WrestleMania event. The preparation has been put in, the stories are set and all that remains is the show itself. To assist with the scheduling of WrestleMania‘s two-night bonanza, SmackDown was actually taped last week. Normally these shows would leak onto the dirtsheets, but with thanks to the spoiler-proof pandemic location of the WWE shows, that has not happened. We have three big segments announced for the SmackDown card, so let’s dive in and take a look at them. 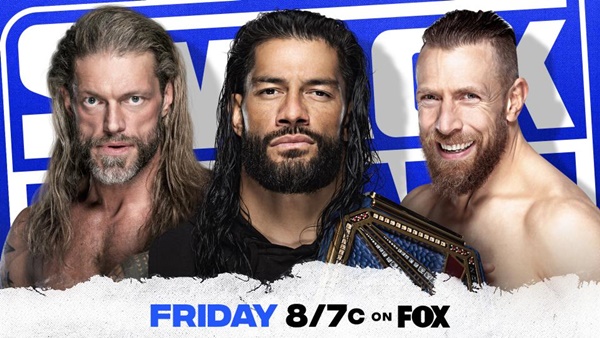 What was originally penciled in as a Universal Championship match between Roman Reigns and Edge now involves Daniel Bryan. This has upset a few people (though maybe we can change your mind) who hoped for a traditional one-versus-one WrestleMania bout. However, what is a certainty is that Bryan still has a large fan-base; he also makes matches better, simply by being involved. Additionally, his addition to the match has allowed Edge to become the best version of himself; the heelish, ultra-vindictive, opportunistic Rated “R” Superstar. Roman Reigns, also, has been doing the best work of his career as SmackDown’s Tribal Chief alongside Paul Heyman. The Tribal Chief meeting the “Rated “R” Superstar” and the “Ultimate Underdog” in the ring at WrestleMania could potentially lead to a show-stealing performance. Tonight, all three men get their opportunity to address the WWE Universe one last time before they go to war. 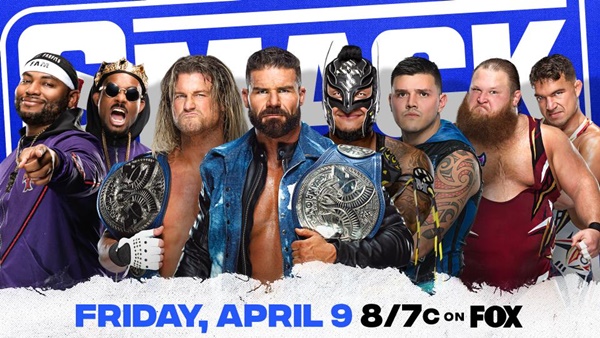 This is a pretty big match for an episode of SmackDown heading into WrestleMania. The SmackDown tag team division has, notably, received a bit of love-and-care from WWE management recently. Yes, many of the tag teams in the division are make-shift tag teams which make no sense, but let’s pretend they do. Tonight, champions Bobby Roode and Dolph Ziggler take on the Street Profits (Montez Ford and Angelo Dawkins), the Mysterios (Rey and Dominik) and Alpha Academy (Chad Gable and Otis). This a four way tag match which promises to be entertaining and it is not certain that Roode and Ziggler are walking out as champions. Tune in to SmackDown on Fox to catch the match. 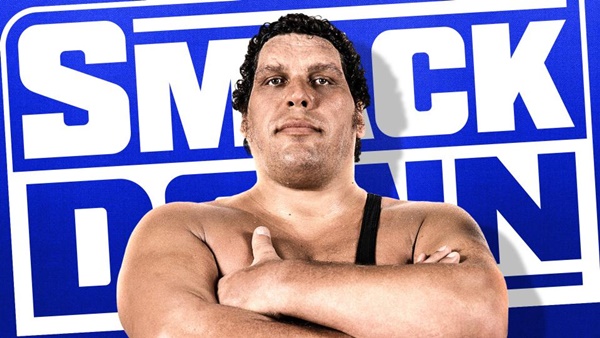 Well, this one is something different. Dating back to WrestleMania XXX in 2014, the Andre the Giant Memorial Battle Royal has been a yearly tradition, with only 2020 failing to host the giant trophy (due to concerns relating to the COVID-19 pandemic). This year, it comes to SmackDown. It is unfortunate that a battle royal which serves as tribute to one of the absolute icons of the business has been such a yearly let-down, bordering on after-thought. The inaugural winner, Cesaro, found himself stuck in mid-card obscurity post-victory. Big Show won the second, without needing to as the tournament was supposed to be a fresh opportunity for younger stars. Mojo Rawley, the fourth winner, is rarely featured on televised shows. Number five, Matt Hardy, is no longer in the company. The only two to be relatively successful post-victory are winners number three (Baron Corbin, who went on to win King of the Ring) and the most recent winner, Braun Strowman, who is the only one to be catapulted to a world championship post-victory. This year’s Battle Royal features stars such as Mustafa Ali and Ricochet who could certainly use this victory. You can catch all of the pre-WrestleMania edition of Friday Night SmackDown tonight on FOX at 8/7c!

Not Announced But Expected on Friday Night SmackDown