During The Collective, a rather young independent company gets the opportunity to make their splash. That company is Unsanctioned Pro. Founded in 2018, their upcoming show, Fueled by Spite, is only their 11th showing. With a mix of current and younger talents on tap, this company from Ohio is primed to produce one of the more interesting glimpses into the future of the indies. Set to take place on Saturday, April 10th at 7 PM, the card is as follows. 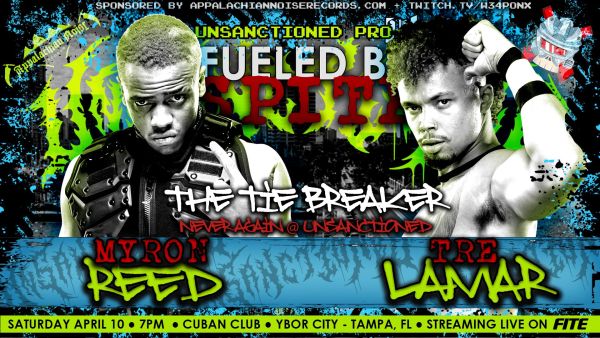 These are two of the more well-known talents on the card. Tre Lemar has been a recent mainstay of Game Changer Wrestling, Black Label Pro, and Absolute Intense Wrestling. His most high-profile showing was during IMPACT Wrestling’s Super X-Cup. His opponent is Myron Reed, who has made his name for himself as part of MLW‘s Middleweight Division. Both men are very promising talents and this has the chance to be a stand-out match of the weekend. 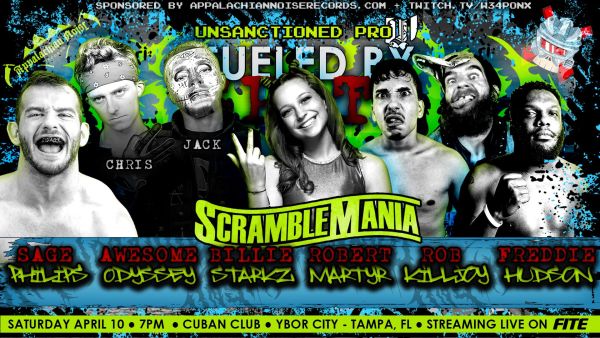 Rob Killjoy vs. Sage Phillips vs. Billie Starkz vs. Robert Martyr vs. Jack Andrews vs. Freddie Hudson vs. Chris Copeland

The scramble match has always been associated with a proving ground of sorts. The winner of the match oftentimes can be overshadowed by someone who impresses with performance alone. It’s also not uncommon to see familiar faces in this style of match. This is the case here as Rob Killjoy and Sage Phillips both are showing up for this match. Billie Starkz, who has gained a lot of hype surrounding her name, makes her Unsanctioned Pro debut here. There will be many other Unsanctioned Pro mainstays, as well as Robert Martyr, who has made his own splash in Paradigm Pro Wrestling. Everyone will be looking to shine, so they’ll be in top gear, making this a very fun match. 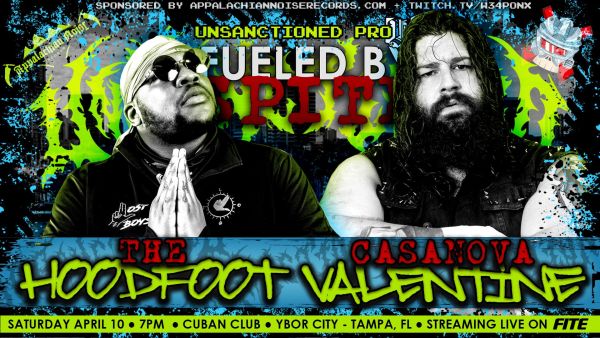 Cassanova Valentine called out anyone to earn their spot in Unsanctioned Pro at Fueled by Spite. One person answered the call: Hoodfoot.  This makes for a match that really can only be described as a fight. Hoodfoot is a heavy hitter in fact he held the title with that exact name in Paradigm Pro Wrestling. On the opposite end of the ring, Cassanova Valentine is a deathmatch wrestler through and through. In this match, the toughest person will come out on top. The question is, will Hoodfoot earn his spot? 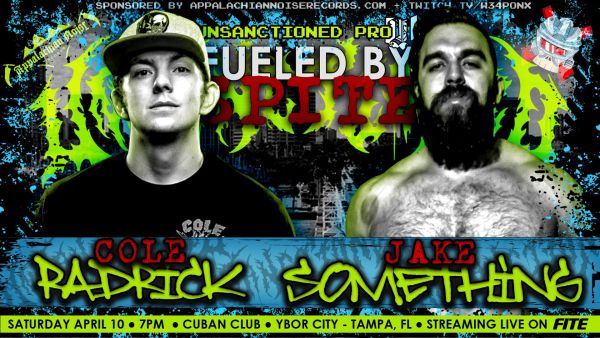 Cole Radrick vs. Jake Something

Cole Radrick wanted something interesting for his match at Fueled by Spite. He got Jake Something, who is one of the roughest men on the indies today. Recently, Something has been appearing more on IMPACT Wrestling, first as Cousin Jake and then as Jake Something. Cole Radrick has his work cut out for him, but he is no stranger to taking on challenges like this. If anytime could be his time to pull off a win, The Collective would be the time. 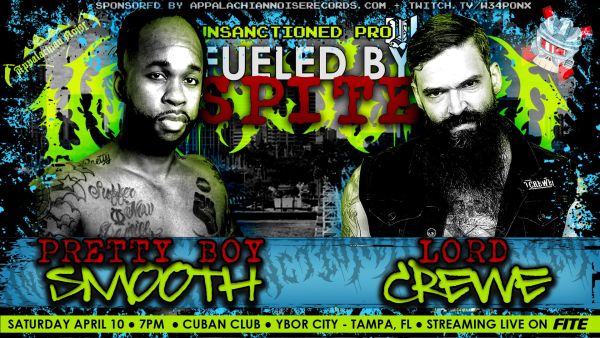 Lord Crewe is a person you may have seen before. He has wrestled in rather large indies in the past. However, his main purpose has been a battle royal or scramble match competitor. He’s recently bucked that trend but now has a chance to really step into the limelight against formed Absolute Champion PB Smooth. This is a tall order given Smooth’s strength, but it can go either way. 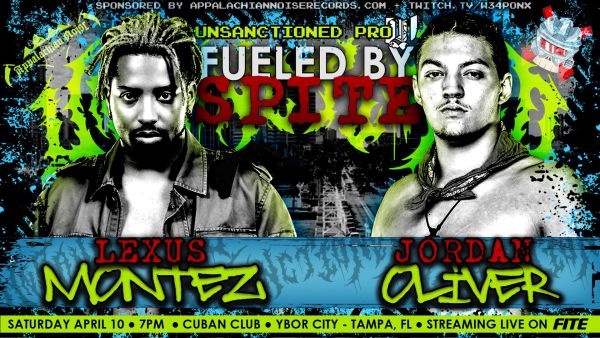 Lexus Montez is an up-and-coming name and has been putting in impressive outings in the Unsanctioned Pro ring. His efforts have been rewarded with a match against a name that people consider the future of the independents, Jordan Oliver. This presents an opportunity for Lexus Montez to break through and get more eyes on him. Oliver will seek not to be upstaged given his current standing. This should provide a crisp, clean match at Fueled by Spite. 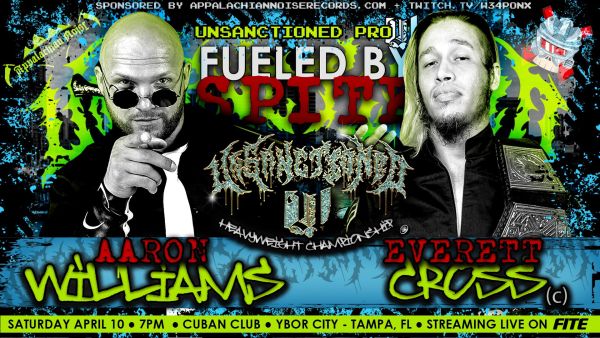 Update: Aaron Williams has tested positive for COVID-19 and is off the show.

The main event of Fueled by Spite is the King of Drivers, Everett Cross, defending his title. Williams attained this match after a post-match attack on Cross. Aaron Williams is most well known for his work in IWA Mid-South, being a mainstay of that promotion. While Everett Cross has popped up in CZW‘s Dojo Wars a few times over his short career, he’s recently been appearing in more high-profile indies such as Violence X Suffering due to his hard-hitting style. This attitude was able to snag him the title of inaugural Unsanctioned Pro Heavyweight Champion. This could all change at Fueled by Spite. Will Williams be the person to dethrone Cross?