The Collective Remix is shaping up to be the biggest extended party of the WrestleMania season. Among the companies involved in this collaborative is Game Changer Wrestling, a staple in the world of independent wrestling. From The Acid Cup to EFFY’s Big Gay Brunch to For the Culture and beyond, GCW will have no small presence at The Collective 2021. However, arguably the most hard-hitting event of them all will be Josh Barnett’s Bloodsport 6, pitting independent wrestlers and fighters from around the world in grueling competition. To defeat an opponent, they must be submitted or knocked out. Without further delay, let’s get into the matches and a few highlights heading into the sixth-ever Bloodsport event. 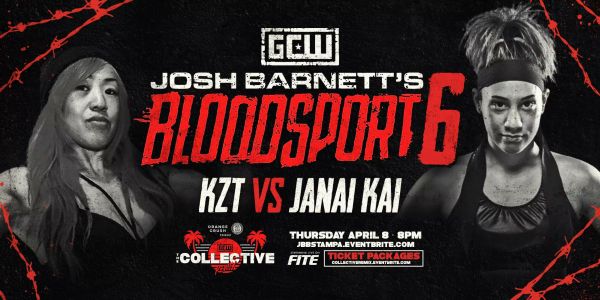 Women competing in Bloodsport isn’t unheard of. Think back to 2019, when Josh Barnett’s Bloodsport 2 took place. Including the pre-show, this event showcased two women’s bouts, one pitting Lindsay Snow against Sumie Sakai and the other in which Nicole Savoy took on Allysin Kay. These matches were appropriately violent, given the nature of this event’s history, and showed that Bloodsport was truly open to all. Now, at Josh Barnett’s Bloodsport 6, viewers will see two more women’s matches etched in Bloodsport history.

Hailing from Sydney, Australia, KZT is a Brazilian jiu-jitsu black belt, the mark of a specialist in this form of combat. Independent wrestling fans may also know KZT as Karen Tran, who was featured in WOW Women of Wrestling. At Josh Barnett’s Bloodsport 6, she will take on a sizable challenge in the form of Janai Kai, a taekwondo black belt in her own right. Fans of RISE Wrestling may be familiar with her work in said independent organization, particularly in 2019. However, this past January, she was featured in a Battle of the Black Belts showcase against Tommy Kyle Dean for Paradigm Pro Wrestling. 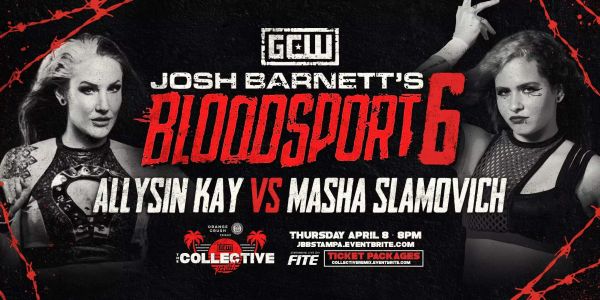 The other women’s match set for Josh Barnett’s Bloodsport 6 will pit a veteran against a newcomer. Allysin Kay, a women’s champion across promotions ranging from the National Wrestling Alliance to IMPACT Wrestling and beyond, has competed in three Bloodsport matches total. At the second-ever event, she bested Nicole Savoy via knockout. At the third Bloodsport, multiple women competed in a tournament. Though Kay was successful against Killer Kelly, she ultimately fell to Lindsay Snow. Now, “The AK47” herself will step back into the fray, this time against an indie sensation making her Bloodsport debut.

Hailing from Russia, Masha Slamovich has established a name for herself across the worldwide independent scene. 2021 began with her continued work in Japan, working for Sendai Girls and Marvelous. Near the end of January, she returned to the United States to wrestle there. Currently, she is the Soul of Syndicate Champion for Global Syndicate Wrestling. Josh Barnett’s Bloodsport 6 won’t be her first GCW-affiliated appearance, but it will be her first time stepping into gritty environment of Bloodsport. As Slamovich coined on Twitter, this match will be “Sacred War.” 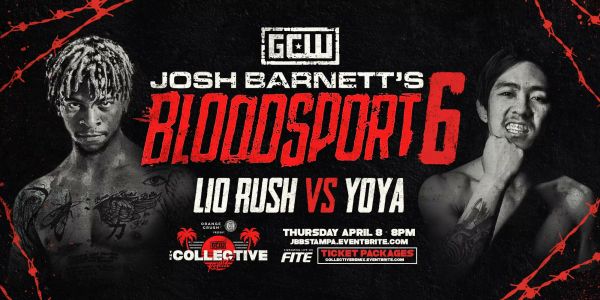 The Blackheart Joins the Battle

It has been over two months since Lio Rush was seen in Game Changer Wrestling. His last appearance took place during the 24-hour wrestling extravaganza known as GCW Fight Forever this past January. During one particular block, The Wind of God, Rush battled rival Blake Christian in a Black Pool Best Two out of Three Falls Match. With a final score of 2 to 1, Rush claimed the victory. Many fans considered this to be one of the best matches of the entire 24 hours. It was a well-received bout for the man that would win the MLW Middleweight and AAA World Cruiserweight Titles the following month.

Rush is set to make his Bloodsport debut in just a few days, where he will take on a star looking to make a name for himself in Yoya. Not unlike Rush, Yoya battles with quickness on his side, standing at five foot two and weighing one-hundred and twenty-five pounds. Despite this, he’s a formidable fighter, being not only an all-state competitor but boasting mixed martial arts experience. Yoya’s quick, hard-hitting strikes were on full display during his time in Paradigm Pro Wrestling earlier this year. On paper, despite the size disadvantage, he would make for an ideal Bloodsport competitor.

Yoya has to approach this match with caution, however, as Rush’s darker persona may make itself known. The Blackheart is nothing short of dangerous, moving and fighting much differently than the “Man of the Hour” on his own. To say that this alterego of sorts fights with malice would be an understatement. Rush versus Yoya will be a fast-paced contest between two featherweight wrestlers, to be certain, but it won’t be any less impactful. 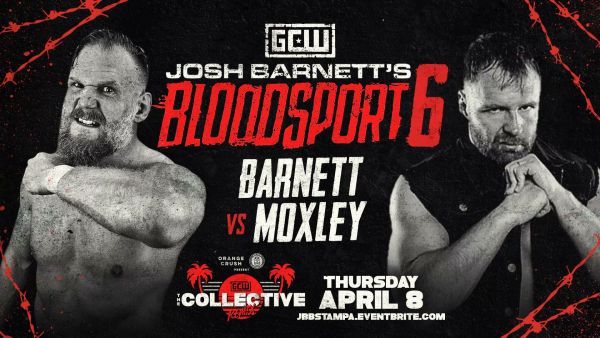 A Fight Over One Year in the Making

Finally, after multiple postponements and considerable patience, Jon Moxley will battle Josh Barnett at Bloodsport 6. What many wrestling fans may not know is that this match has been scheduled, only to be taken off the card, during multiple Bloodsport events. In July of 2019, it was announced that the former AEW World Champion would participate in Josh Barnett’s Bloodsport 2. However, due to injury, Moxley couldn’t compete, putting the match on hold. However, over the next several months, Moxley fought at multiple subsequent events, overcoming Chris Dickinson and Davey Boy Smith Jr. along the way. Even so, it was the battle against Barnett himself that proved to be the most elusive.

Though the event is named after him, it may surprise newcomers to GCW to know that Josh Barnett only competed in two Bloodsport events. At the inaugural show, in April of 2019, Barnett wrestled NJPW star Minoru Suzuki to a 25-minute draw. Though neither man won, this encounter was well-received by fans and the Wrestling Observer Newsletter awarded it four and a half stars. Later that September, at Bloodsport 2, Barnett picked up a sizable victory over Dickinson. Since then, the former UFC Heavyweight Champion has been chomping at the bit. In short, he’s been waiting for his time to step into the fray once more.

Barnett’s success in mixed martial arts can’t be ignored. He has been a proven fighter in not only UFC but organizations including Strikeforce and PRIDE Fighting Championship as well. On the flipside, Moxley is a scrappy as they come, unafraid to throw hands with the best of fighters. His wrestling style can best be described as controlled chaos; it’s this very style that has earned him various accolades throughout his wrestling career. This is a fight over one year in the making; at Josh Barnett’s Bloodsport 6, fans will finally see it unfold.

GCW Josh Barnett’s Bloodsport 6 will take place at The Cuba Club in Tampa, Florida on April 8, 2021.

Stay tuned to the Last Word on Pro Wrestling for more on this and other stories from around the world of wrestling, as they develop. You can always count on LWOPW to be on top of the major news in the wrestling world, as well as to provide you with analysis, previews, videos, interviews, and editorials on the wrestling world. GCW Josh Barnett’s Bloodsport 6 is set to air on Tuesday at 8 PM EST on FITE.tv.