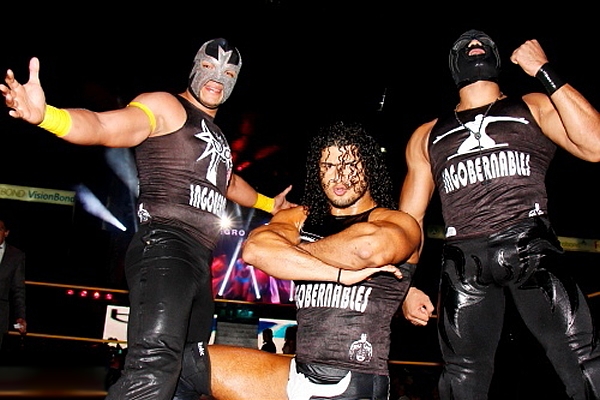 The Formation of Los Ingobernables and History in CMLL

CMLL’s RUSH had been a técnico, or fan favorite, for most of his career. Yet, he showed flashes of being a rudo, or villain, during his matches. This all came to a head when RUSH began to receive negative reactions while being presented as a técnico. Soon, he formed a successful partnership with La Máscara, and together, they made an impact. At the same time, long-time técnico, La Sombra, was beginning to receive that same negative reaction due to his long-time rival, Volador Jr., turning into a técnico. On April 25, 2014, it happened: the three men’s stories would become one. RUSH, La Máscara, and La Sombra first attacked Volador Jr. Afterward, they attacked Shocker, Negro Casas, and Mr. Niebla. The three men became rudos, all the while denying that they were.

Just like that Los Ingobernables had been formed. Interestingly, they were billed to not have a leader. All men were equal within the group. In 2015, the face of wrestling changed. La Sombra’s usual tag partner in New Japan Pro Wrestling, Tetsuya Naito, made his way back to CMLL. La Sombra offered his friend a spot in Los Ingobernables, which Naito accepted. Naito was a former young ace of NJPW who was turned on by the fans in a similar fashion to RUSH and La Sombra. In that same year, RUSH and La Sombra had tension with one another. This led to a singles match where RUSH defeated La Sombra in the latter’s CMLL match, as he had signed with WWE.

The following years were chaotic with stars being booted, brought in, and rejoining Los Ingobernables. Another domino fell when La Máscara was fired from CMLL, as family allegedly destroyed Último Guerrero’s car over backstage politics. In 2019, the original incarnation of the group essentially came to an end when RUSH and his brother Dragon Lee were fired from CMLL. These firings stemmed from Dragon Lee going against the wishes of CMLL to work PWG’s Battle of Los Angeles tournament. As of this writing, it was announced that Terrible, Angel Oro, and Niebla Rojo were forming Los Nuevos Ingobernables in CMLL.

La Facción Ingobernable in AAA and Ring Of Honor

In December 2019, RUSH El Toro Blanco, La Bestia del Ring, Killer Kross, L.A. Park, and Konnan announced they were forming a new version of La Facción Ingobernable. Shortly after, RUSH launched a United States branch in Ring Of Honor. This featured himself, Dragon Lee, Amy Rose, and Kenny King. This group is still going strong, mainly in ROH, where they’ve added RUSH and Dragon Lee’s father, La Bestia del Ring. The unit was and continues to be, one of ROH’s main draws. 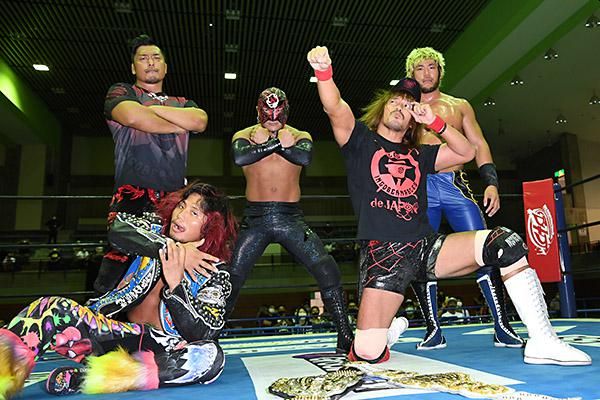 Upon his return from CMLL, and enjoying his membership within Los Ingobernables, Tetsuya Naito returned home to NJPW, which last saw him as a failed babyface main eventer. Now, he fully transformed into an ungovernable face of anti-establishment. Naito more of an anti-hero over time declared his allegiance to Los Ingobernables. He formed his own branch of Los Ingobernables known as Los Ingobernables de Japon. He brought people from other promotions looking to make a mark in NJPW like BUSHI, Shingo Takagi and SANADA, as well as a young lion fresh from excursion in EVIL, and a young lion he prevented getting kicked out of the NJPW dojo in Hiromu Takahashi. This group became very popular globally, as many could relate to the members within. All the while, Naito made sure to keep his relationship with the original faction strong.

Teaming with RUSH in the World Tag League 2016, and Terrible joining Shingo Takagi for the World Tag League 2019, the Japanese branch is probably how most mainstream fans know the group overall. LIJ has captured almost every single championship in New Japan Pro Wrestling since coming together as a unit. They also have a reputation for being a very tight-knit group with only one betrayal in its history; this occurred when EVIL laid out Naito in shocking fashion. Now, in the present time, they seem to be as strong as ever.

With all the news in the world today, it seems like the history of Los Ingobernables will continue to grow and add new chapters. What will happen next? The only answer is tranquilo!