Another great week of IMPACT Wrestling is on the table with a full card of exciting matches from some of IMPACT’s biggest stars. However, the AEW World Champion, Kenny Omega, will attempt to steal the spotlight again, as he makes his return tonight on AXS TV. Also, Omega’s running buddy, Karl Anderson, will be in action against Eddie Edwards, and a Sacrifice rematch for the X-Division Championship will take place. All of this and more is scheduled for tonight at 8 PM on AXS TV and Twitch. 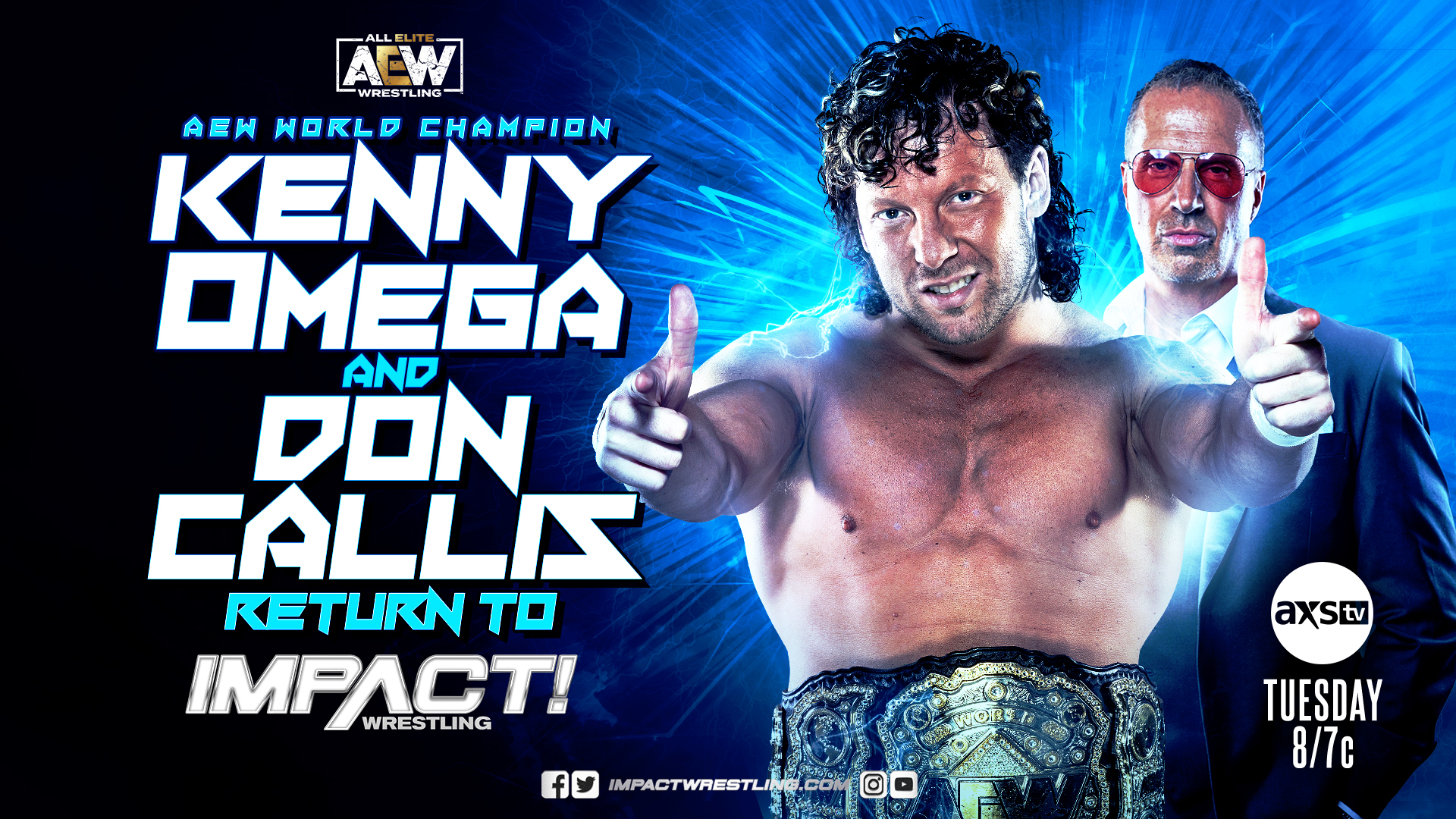 At IMPACT Wrestling Sacrifice, IMPACT World Champion Rich Swann made history in the main event, defeating TNA World Heavyweight Champion Moose to become the Undisputed Unified World Champion. However, his celebration may be short-lived, as he will now have to defend his titles against Kenny Omega in a few weeks at Rebellion. Omega, who will also be putting his AEW World Championship on the line against Swann on April 24th, looks to remind the IMPACT Zone exactly who he is tonight.

Omega originally appeared in IMPACT Wrestling for the first time last December, less than a week after cheating Jon Moxley out of his championship on AEW Dynamite: Winter is Coming. During this time, Omega and Callis would stay in a tour bus parked outside of the IMPACT Zone, allowing only “VIPs” to enter the parking lot. He would not physically become involved on IMPACT television until he and The Good Brothers attacked Rich Swann and The Motor City Machine Guns a few weeks later. Now, Omega steps foot back into the arena, hoping to confront his challenger for April 24th in the continuation of his and Swann’s inter-promotional feud. 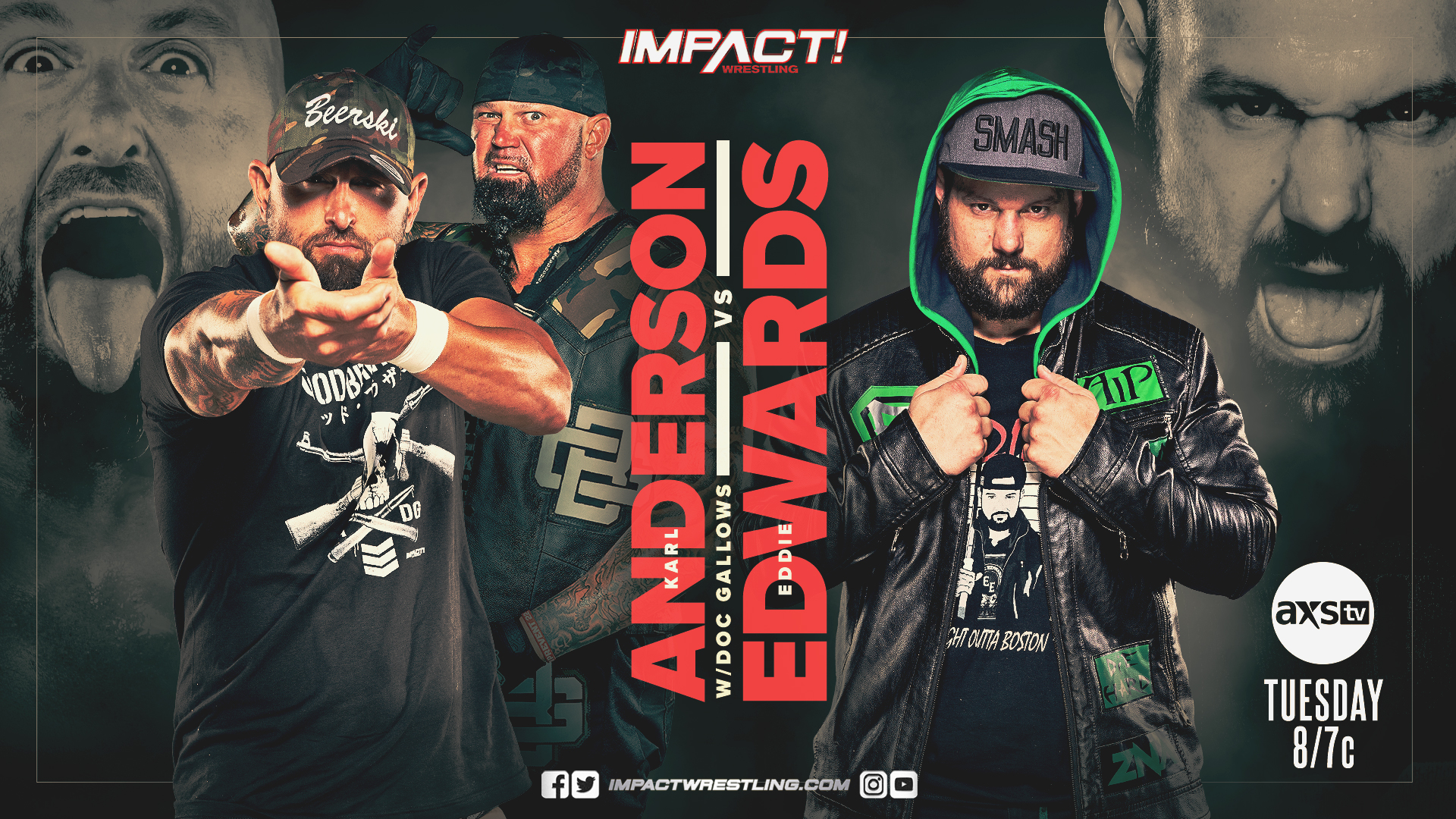 The Good Brothers have not been in a good mood as of late. At IMPACT Wrestling Sacrifice, the duo of Juice Robinson and David Finlay upset Luke Gallows and Karl Anderson to become the IMPACT World Tag Team Champions for the first time in their careers. They later further embarrassed The Good Brothers by announcing that they were taking the titles back to New Japan Pro Wrestling, leaving The Good Brothers to take the blame with management.
Karl Anderson hopes to take his frustration out on Eddie Edwards tonight, who himself may not be 100% coming into this match. Edwards was involved in a crazy Hold Harmless match at Sacrifice, only managing to defeat his rival Brian Myers by the skin of his teeth. Now he hopes to continue his momentum by defeating the “Machine Gun” tonight on IMPACT Television. However, with Gallows at ringside, it is hard to see Edwards overcoming the numbers. 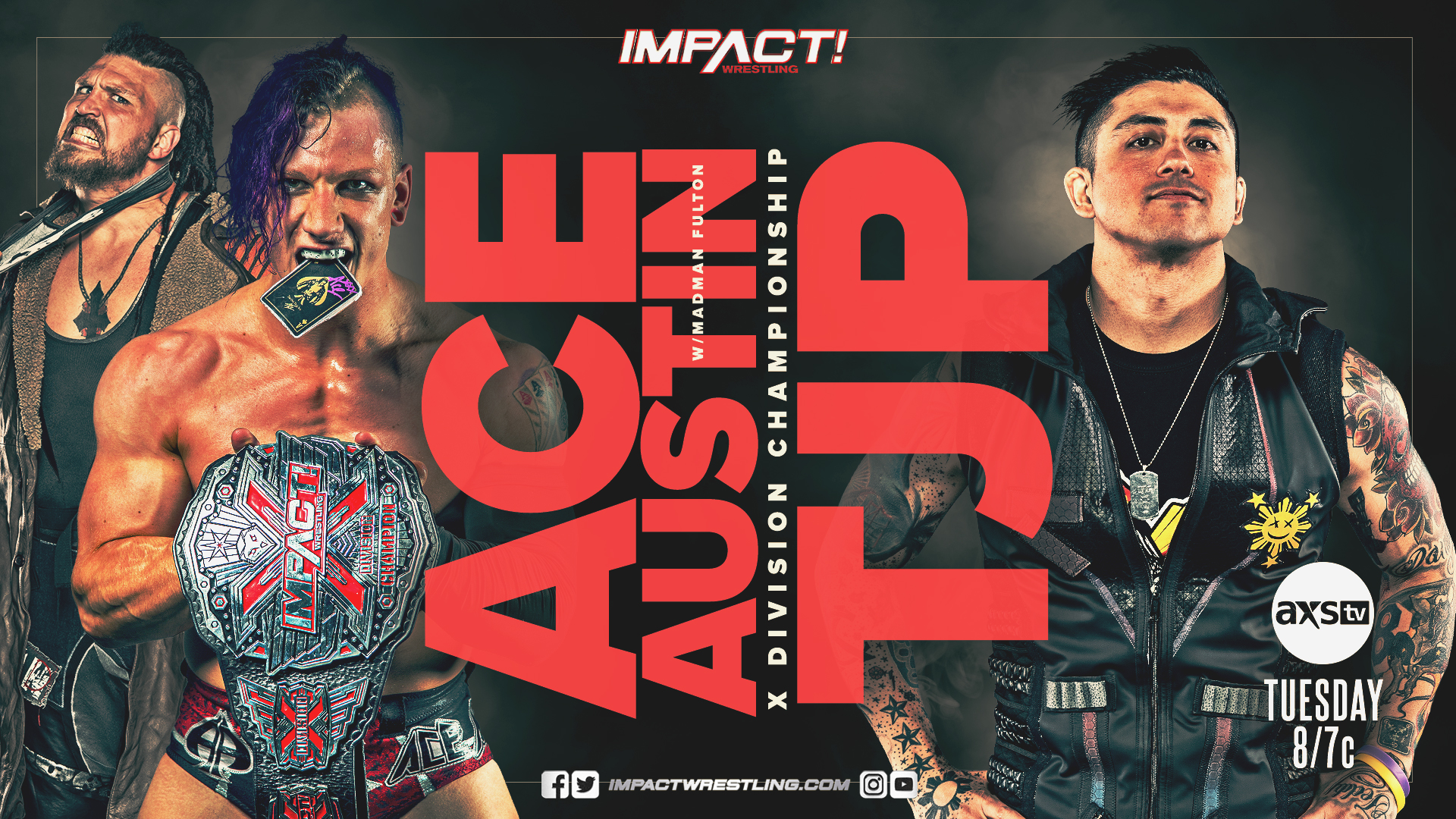 At Sacrifice a couple of weeks ago, “the Inevitable” Ace Austin finally got his shot at the IMPACT X-Division Championship, winning the title for the second time in his career against TJP. Tonight, Perkins gets his rematch for the title, though the presence of Madman Fulton at ringside will make this match no cakewalk for the former WWE cruiserweight. TJP won the championship last year as Manik, defeating Rohit Raju to win the title for the second time in his career.
Meanwhile, Ace Austin has been tearing it up in the X-Division, becoming the winner of the 2021 Super X-Cup just this year, defeating Blake Christian in the finals. He has been nothing short of impressive, dominating (despite losing) the first-ever triple threat revolver match and defeating the likes of Chris Bey, Trey Miguel, and Black Taurus. Will he continue his momentum against TJP, or will TJP prove that his loss at Sacrifice was nothing more than a fluke? 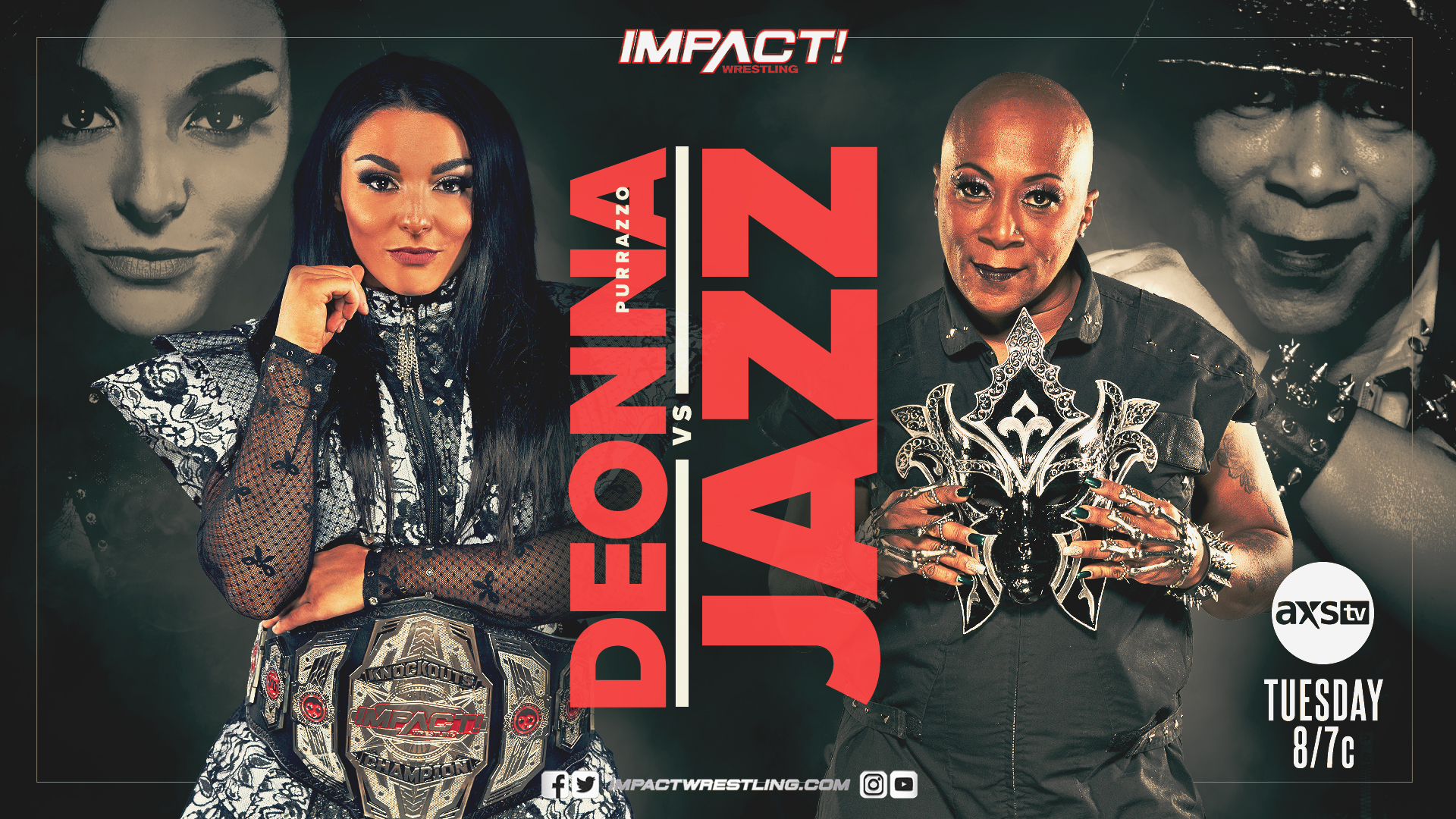 “The Virtuosa” Deonna Purrazzo has been the most dominant champion and overall competitor in all of IMPACT Wrestling for over a year. She continues to reign tall as the Knockouts Champion, defeating everyone in her path, including ODB and Jordynne Grace. Tonight, Purrazzo hopes to complete the trilogy when she goes one-on-one with ODB and Grace’s runningmate, wrestling legend Jazz.
Jazz had just last year announced her retirement from in-ring competition, until Jordynne Grace convinced her to be her partner in the Knockouts Tag Team Championship tournament last year. Though they were unsuccessful, Jazz was inspired to prolong her final run in pro wrestling, fighting in some of the best matches in her career. However, along with ODB and Grace, Jazz has been a victim of assaults and torment from Purrazzo, Kimber Lee, and Susan for months. Tonight, she hopes to avenge her compatriots as well as earn herself a future Knockouts Championship match sometime in the future.
IMPACT Wrestling airs tonight at 8 PM on AXS TV and Twitch.