This Sunday, at New Japan Pro Wrestling’s Castle Attack event, Tetsuya Naito looks to stop Kota Ibushi from unifying the company’s two top belts. Casual fans remember Naito for destroying the IWGP Intercontinental Championship in his first reign. However, the story of why he wants to stop Ibushi from unifying is much deeper than that. As a matter of fact, it is over seven years deeper. 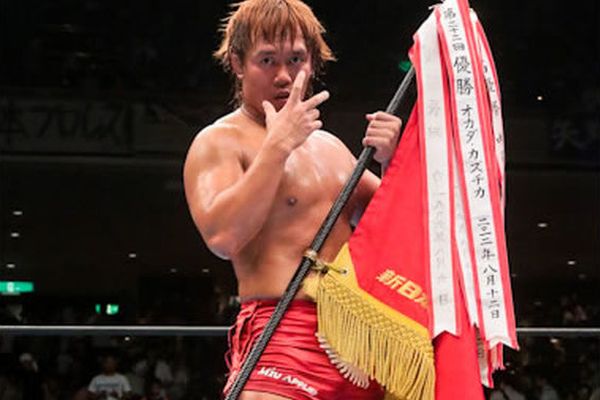 The Stardust Genius is Not the Shuyaku

The origin of this story was the 2013 G1 Climax. Tetsuya Naito had been properly positioned to take the place of Hiroshi Tanahashi as the next babyface ace. His time, to New Japan management, was 2013, when he won the G1 Climax and secured an IWGP Heavyweight Championship main event match at Wrestle Kingdom 8. He proclaimed he was the shuyaku, or top star, of NJPW. The problem lies in 2013 was the year of the very hot Tanahashi versus Kazuchika Okada feud, with many fans hoping for another match between the two at Tokyo Dome. However, Tanahashi would be challenged by his long-time rival, Shinsuke Nakamura, for the IWGP Intercontinental Championship. After feuds with former No Limit tag partner, Yujiro Takahashi and Masato Tanaka, things changed.

The fans had soured on Naito as the top guy, which caused New Japan to hold a fan vote. This would decide the main event of Wrestle Kingdom 8. To the shock of very few, the IWGP Intercontinental Championship match between Tanahashi and Nakamura won, stealing Naito’s first Tokyo Dome main event. Naito went on to lose to Okada, losing the NEVER Openweight Title he picked up from Takahashi along the way. From there, he became more of a fall guy, but the World Tag League things were fun. He formed a tag team with CMLL superstar La Sombra, now known to mainstream fans as Andrade. During the last months of Naito being a fall guy, La Sombra had formed a group of rebellious hooligans in CMLL. Going against the grain, the group was known as Los Ingobernables. As time went on, and Naito became more frustrated, he ended up going to Mexico to join his friend La Sombra in this group. This move would change NJPW forever. 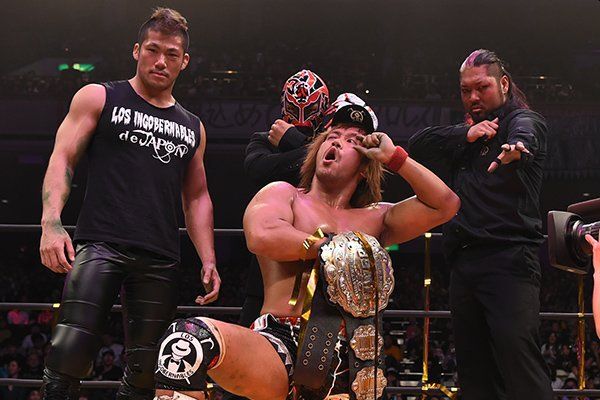 Tetsuya Naito Out for Revenge Against the IWGP Intercontinental Championship

Upon Naito’s return, he had changed. Instead of this flashy babyface, he was a tranquilo heel. Upon expressing his allegiance, not to the fans or the company, but Los Ingobernables, he started his own branch in Japan: Los Ingobernables de Japon. Eventually, he had a chance to seek revenge against the belt that caused his downfall. In 2016, he challenged Michael Elgin for the IWGP Intercontinental Championship at Destruction in Kobe. Naito proceeded to win the belt, and as time went on, he physically destroyed the title.

Naito absolutely destroyed the belt to the point it was falling apart. He showed no mercy to the belt, holding it and being challenged by one of the men who took his main event spot, Hiroshi Tanahashi. They met at Wrestle Kingdom 11, and Tanahashi asked for another fan vote with Kenny Omega vs. Kazuchika Okada being the main event. While there was little doubt they could’ve won the vote, Naito declined. He wouldn’t let what happened to him occur again. After defeating Tanahashi at Wrestle Kingdom 11, that’s when Naito stepped away from the belt momentarily, focusing on greater goals.

The Feuds With Minoru Suzuki and Chris Jericho

After failing at Wrestle Kingdom 12, and failing at his actual shot at the IWGP Heavyweight Championship, in the main event, Tetsuya Naito was attacked by Chris Jericho at New Years Dash. After stating his displeasure with Wrestle Kingdom 12 claiming to have a double main event, he stated he was the one true main event. Jericho went back to America and Naito proceeded to linger without a purpose. This was, until a feud between LIJ and Suzuki-gun feud, when Naito caught the eye of then Intercontinental Champion, Minoru Suzuki. Suzuki wanted Naito to challenge him for the belt, but Naito assured him he did not want the belt. Suzuki, however, would get his wish.

Naito would capture the title, proclaiming he was starting to like the belt after all, even just a little bit. Jericho would eventually return to face Naito and beat him for the IWGP Intercontinental Championship at Dominion 6.9 later that year. Throughout the rest of 2018, he switched gears to the G1 Climax. After failing, he made his way back around to ]Jericho, wanting another match to avenge his loss and take back the Intercontinental Championship. However, for Naito, this was more for his vengeance. At Wrestle Kingdom 13, he beat Jericho for the belt by using the Intercontinental Championship as a weapon to reclaim it. Afterward, he proclaimed that no matter how hard he tried to get rid of the championship, even after destroying it, the belt always came back to him. This mindset helped Naito topple Jericho.

The Double Gold Dash and the Year of 2020

2020 is when Tetsuya Naito started his quest to become dual IWGP Intercontinental Champion and IWGP Heavyweight Champion. In 2019, NJPW went to Madison Square Garden and Naito nominated Kota Ibushi as his challenger. Ibushi wanted to hold the belt that his gods, Shinsuke Nakamura and Hiroshi Tanahashi, held. Naito lost the belt in MSG to Ibushi. The time away from the belt wasn’t too long, as Naito captured the belt again from Ibushi in a hectic match at that year’s Dominion event. However, he hit a wall; he lost the belt to Jay White at Destruction in Kobe 2019. White proclaimed he would fulfill Naito’s destiny for him. The year 2020 would feature the first year of two nights of Wrestle Kingdom. Ibushi faced Okada in the Night One main event for the IWGP Heavyweight Championship. It was proposed the IWGP Intercontinental Champion and IWGP Heavyweight Champion meet on Night Two in a winner takes all match.

On Night One, Naito went into Wrestle Kingdom 14 with a chip on his shoulder. In a hard-fought match, Naito finally beat White, regaining the Intercontinental Championship. On Night Two, he finally beat Okada in the main event of Wrestle Kingdom, winning the IWGP Heavyweight Championship, already holding the IWGP Intercontinental Championship. Naito had the concept to defend the belts separately so they weren’t one. However, NJPW management didn’t agree and kept holding double title matches. Of course, his reign was cut when Japan went into lockdown. When NJPW returned, he immediately dropped the belts to EVIL before winning both back. In the lead up to Wrestle Kingdom 15, Jay White won the G1 Climax briefcase from Kota Ibushi. However, Naito said he wanted to defend the belt against Ibushi on Night One and face Jay on Night Two. At WrestleKingdom 15, he lost both belts to Ibushi.

Tetsuya Naito Will Save the Intercontinental Championship For Himself (Present Day)

After Kota Ibushi defeated LIJ member SANADA, his idea of unifying both belts had well been established. Afterward, Tetsuya Naito issued a challenge for the IWGP Intercontinental Championship only. Naito went on to say Ibushi had so much respect for the Intercontinental Championship but wants to kill the legacy of it. To Naito, what sense did this make? Naito claimed that if anyone were to kill that belt, it would be him. Naito suffered a minor knee injury. However, he recovered in time and will have his title match at Castle Attack on February 28th. Will a new chapter be written?