The landscape of DDT has changed drastically. Over the month of February alone, three new champions have been crowned; two of these changes occurred during Kawasaki Strong 2021. Now, we approach the night where two titles are on the line, with one recently having changed hands. The other is a returning title after a US excursion. Along with other major events, all occurring on February 28th, could more change during this already chaotic month at Into The Fight 2021? Take a deep dive into the action to come.

The DDT Universal Champion, Yuki Ueno, and his future challenger in Yusuke Okada tag with some of the fresher talent. Okada and Toui Kojima are in a feeling out process as they both agreed to be on opposite teams. While this will be the main story, keep an eye out for Kojima as the rookie stands toe to toe with one of the most talented men on the roster. 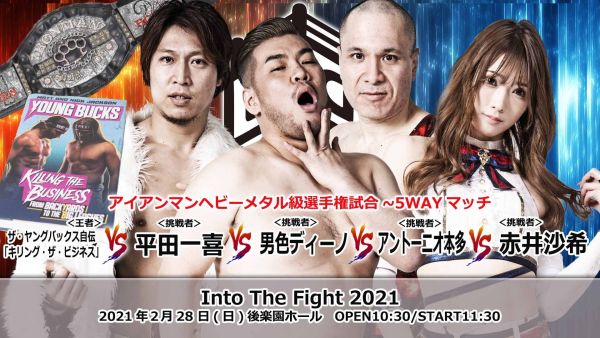 The DDT Ironman Heavymetalweight Championship has returned from America! The current champion is the Young Bucks Autobiography, “Killing the Business.” This match was set for a while since this was the expected date of delivery, but it arrived early and people have been trying to get an early title change due to the 24/7 rules set. All attempts have been thwarted leading to the match happening on the expected date. Competitors involved include those who have held the title multiple times extremely savvy individuals when it comes to winning and holding gold. Perhaps we will see a successful “Killing the Business” title defense.

After falling to HARASHIMA, Yukio Naya will team with the DISASTER BOX duo, against DAMNATION. The past year has been less than stellar for Naya, so he’ll be looking to impress. In a match with Daisuke Sasaki and HARASHIMA, though, anything can happen. This match could lead to chaos. 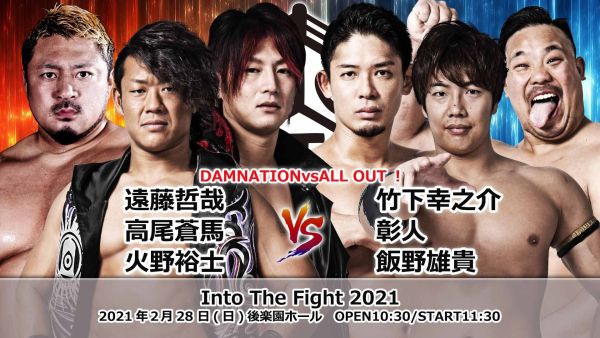 Some of the strongest members of two stables collide. Most notably, viewers will see Yuji Hino and Yuki Iino face off once again. The two have been in conflict to determine who is strongest. Akito is, once again, the wildcard, having taken out Tetsuya Endo in the first round of the King of DDT tournament. This is a loss that Endo has yet to avenge. Meanwhile, Soma Takao has pulled out victories over major opponents before. This match is up in the air, but it should be very good all the same. 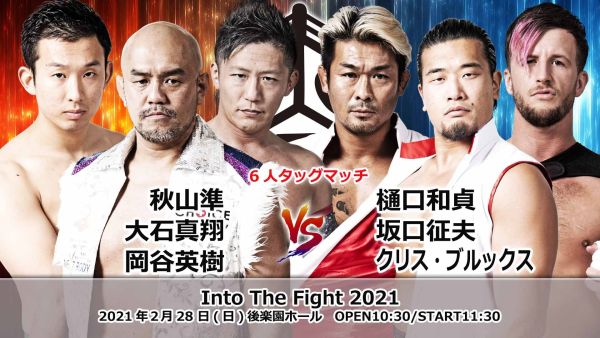 The new KO-D Openweight Champion Jun Akiyama asked for Kazusada Higuchi to be his first challenger. This stems from how Higuchi beat him in the D-Ou Grand Prix. That match was scheduled for a later date; this match, at Into The fight 2021, is between Junretsu and Eruption with Chris Brookes. Junretsu is a powerful unit, but as a team, they have had limited success. Contrast this to Eruption, still the KO-D Tag Team Champions. Yukio Sakaguchi and Chris Brookes are intimidating in their own right when it comes to one on one competition. Sakaguchi is one-half of the KO-D Tag Team Champions while Brookes was the inaugural Universal Champion. It’s hard not to consider the Eruption team the favorite going into this match.

This is one of the more straightforward gimmicks: one must pin their opponent for a total score of 37 in order to win. Why 37? Because is sounds somewhat like a sauna. This is important because it relates back to the Sauna Club, a pseudo unit that both Shunma Katsumata and MAO are part of. Given their last encounter at Ultimate Party 2020, their rematch at Into The Fight 2021 should be very interesting now that the Extreme Title is on the line.