Friday is here! This means that Friday Night SmackDown on FOX returns to our screens once again.  Over the past 12 months, SmackDown has come on leaps and bounds to establish itself as the most must-see WWE show on air.  The covid era (as this is what we are calling it now) has been kind to SmackDown, with performances from the likes of Roman Reigns, Sasha Banks, and Bayley, to name three, carrying the brand and making it stand out among the crowd of televised pro wrestling.  Whereas there are currently no matches announced for SmackDown, it is sure to be, at the very least, a good show.  Additionally, it is WrestleMania season, meaning that each passing week promises to grant us a look at what this year’s big event has to offer.  Let’s take a look at what might be in store for this week’s edition of Friday Night SmackDown.

Per @WWE.com, @BiancaBelairWWE will make her @WrestleMania decision tonight! 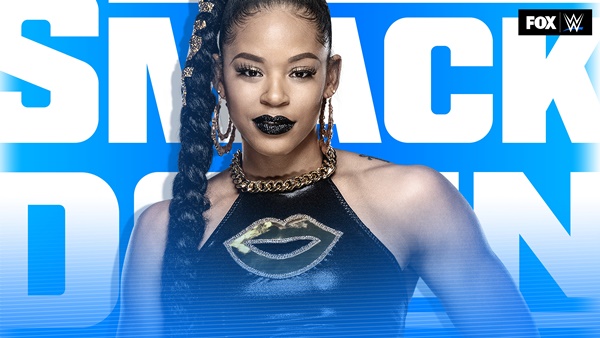 In winning her respective Royal Rumble match at this year’s event, Bianca Belair established herself as a top star on the women’s roster (as well as within the entire WWE).  Bianca has it all; agility, size, strength, style, and the right kind of attitude to make it in the business.  Her claim of being the “EST” of the WWE is not just a gimmick but something she has a genuine claim to.  In Sasha Banks, she has an opponent who is one of the best women’s wrestlers of all time – and she’s not yet 30.  Sasha remains one of the most talented workers in all of pro wrestling and a match against Bianca Belair is a mouthwatering prospect.  There have been plenty of rumblings coming out of the WWE lately that Sasha Banks may have to return to her nastier, “BOSS” persona to overcome her uniquely talented and gifted adversary.  The same Boss who tormented the likes of Bayley when Sasha was NXT’s biggest star.  It has now been announced by WWE via Twitter that Bianca Belair will make her WrestleMania decision on tonight’s SmackDown.  Tune in to find out her choice!

Roman Reigns Versus Edge is Set For WrestleMania 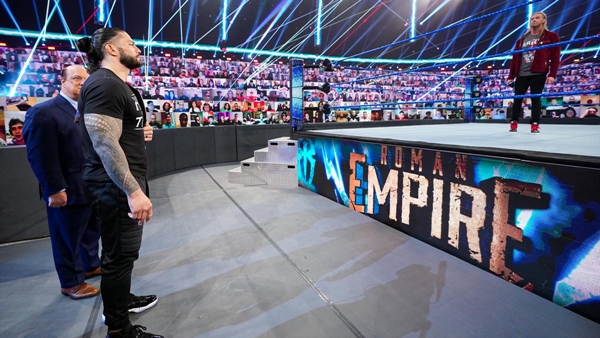 As we witnessed at the conclusion of last week’s Elimination Chamber pay-per-view, Roman Reigns was on the receiving end of a Spear from Edge after Roman’s successful title defense against a tired and beaten-down Daniel Bryan.  Bryan had just won the SmackDown Elimination Chamber match, granting him an immediate title shot (thanks to a nasty stipulation added in by Reigns and Paul Heyman) against the WWE Universal Champion for the title.  Of course, beating Roman Reigns is a monumental feat that not many can achieve.  To do so immediately after outlasting five other men in the Elimination Chamber is virtually impossible.  After beating Bryan in decisive fashion, Edge speared Roman, pointing to the WrestleMania sign afterwards – signalling his intention to challenge the Tribal Chief for the WWE Universal Championship at WrestleMania.  On tonight’s episode of Friday Night SmackDown, we can expect some fallout from this challenge.  For years in the mid-to-late 2000s, Edge was in a similar position to Roman Reigns – a senior, heel talent doing all he can to win and retain the top prize.  Whereas Roman has Paul Heyman, Edge had then-SmackDown GM, Vickie Guerrero.  They both even have a Spear.  Now, the shoe is on the other foot and we know from recent experience that Reigns and Heyman will do all they can to ensure Edge doesn’t make it to WrestleMania.