Hot off having another English produce show, DDT Pro brings forward Kawasaki STRONG 2021. A card filled with major title matches. The company has laid out all their cards on the table for the Valentine’s Day show. The card is as follows.

The opening contest of the show features younger talents as the most experienced man in the match is Mizuki Watase. The next most experienced would be his opponent in Yusuke Okada who has spent most of his career in the All Japan Pro Wrestling (AJPW) promotion. The least experienced member of this match is Toui Kojima having just debuted at the finals of the D-Ou Grand Prix. 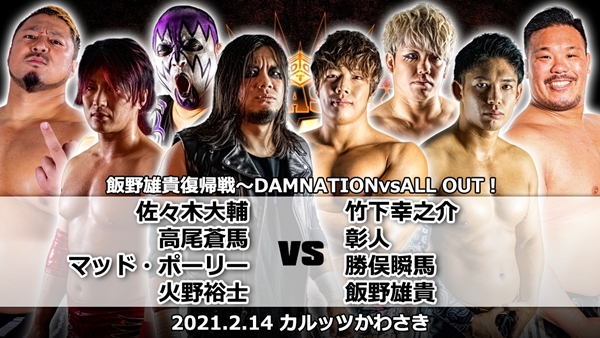 After taking some time off to spend time with Sauna Clubs and Six-man title aspirations. ALL OUT finally comes back together on the big stage for Yuki Iino’s return match. They will be taking on their rivals in DAMNATION. The focus will be on Iino will he be able to match up the new muscle in Yuji Hino. Or will his return be a very bittersweet one. 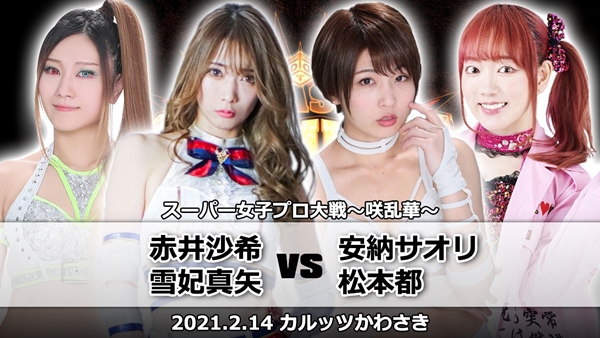 Saki Akai needs very little introduction having been one of the members of Eruption! that ran wild over DDT’s tag scene in 2020. Her partner Maya Yukihi is also a very decorated name in the Joshi scene most notably being the fourth triple crown holder in Ice Ribbon history. This makes the path to victory for the already breaking down team of Saori Anou and Gake no Fuchi’s Miyako Matsumoto even smaller than before. But to paraphrase Matsumoto the best part of DDT is anything can happen. 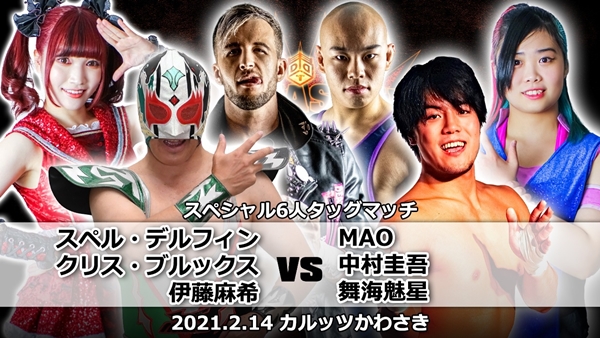 This match was one of the first announced for Kawasaki STRONG 2021, and it’s still one of the strangest on the card. These names are all put together and its bound to be a good match. Chris Brookes is coming off of holding another Produce show, and Maki Itoh was just announced for a tag tournament in TJPW. On the other hand, MAO has an Extreme title challenge coming up and it appears everyone will be scrambling for momentum in this interesting match-up.

HARASHIMA and Yuji Okabayashi vs Yukio Naya and Kazusada Higuchi 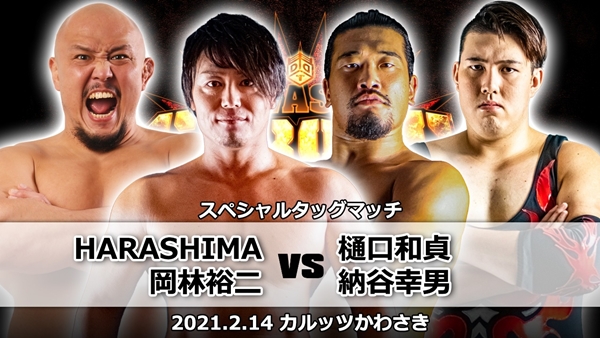 There has recently been a pseudo weight class that has been added to DDT called the Megatonweight division. And the matches usually consist of the larger athletes going at it. This tag match is really just a good example of this with HARASHIMA being attached to it. With the introduction of Yuji Okabayashi, it should be one of the more hard-hitting affairs. 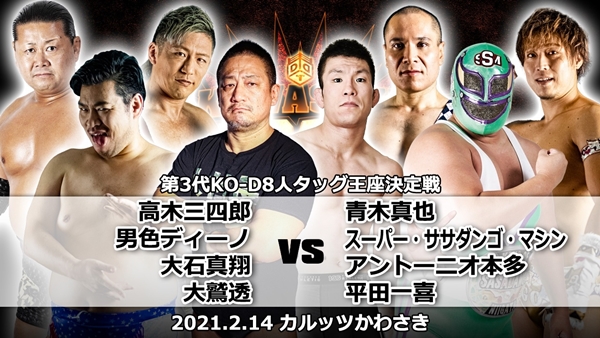 After the KO-D Ten Man Tag Team Titles removed a belt temporarily due to COVID-19 making booking Ten-Man tag matches difficult Shinya Aoki and Sanshiro Takagi were told to make teams. This is the match that they’ve created and there are many questions that fans have had on their minds with this title match. Not just who will be champion? but like every reign, before it will it be defended? 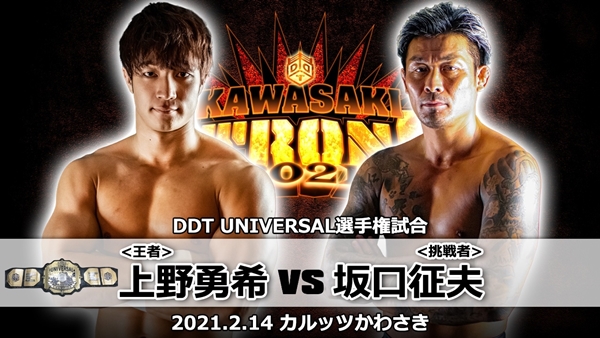 The third man of Eruption steps up to fight for the Universal title. And it’s already looking like it’s going to be a tall task for Ueno as at most corners Yukio Sakaguchi has been able to rattle him with his superior striking power. The most memorable scene taking place with Sakaguchi posing with the belt over Ueno after a single strike to the stomach after the press conference. Can Ueno defend his title or is three defenses where he stops? 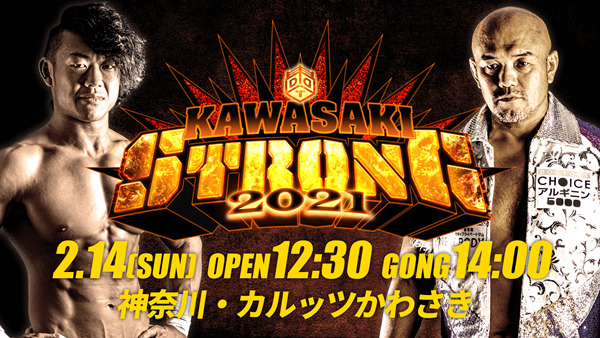 Two dominant forces collide in the main event of Kawasaki STRONG 2021 as the winner of the D-Ou Grand Prix takes on Tetsuya Endo. Endo has been near unbeatable with the title taking on the strongest the company has to offer and handing Jun Akiyama his first loss in the company. D-Ou Grand Prix winners have a habit of winning their title opportunities presenting one of Endo’s toughest challenges to date. However, his goals are set high and if he wants to accomplish them then he cannot be stopped here. Quite the match to keep an eye on as who knows who will walk out as Openweight champion.