On Sunday night at the Royal Rumble, a number of surprises shocked the WWE Universe and fans around the world. Perhaps no surprise left fans talking more than the return of “Captain Charisma” himself, Chrisitan. It was last year that fans saw Christian get more physical than he had ever in previous returns when he faced off with Randy Orton in an Unsanctioned match. It was nearly nothing, as a low blow from Ric Flair and eventual punt kick left Chrisitan out of action and seemingly done. Well, that all changed last night when Christian entered the men’s Royal Rumble at No. 24 and nearly won the entire thing before being eliminated by Seth Rollins. With him back in what could be the best shape of his life, fans have to be wondering if that was just a one-off.

In a Royal Rumble exclusive released on YouTube by WWE, Chrisitan revealed that he is not sure of the future yet.

“All I was ever promised was one more match. That could be it,” Christian said.

It sure seems as though that despite uncertainty, Christian could be on his way to really get “one more match” to retire in the right fashion. But there’s also the chance for many more matches, and the potential feuds that are set in front of him should excite many fans. Here’s the look at the potential feuds for Christian if he is back for the long haul like his long time friend, Edge. 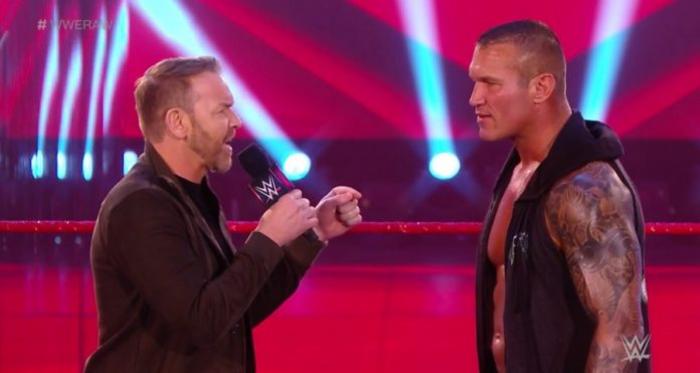 This one has a history to back it up. Whether it be their miniature match last year on Raw or their historic feud a decade ago, Christian and Randy Orton would be an automatic feud for “Captain Charisma” and his return. Orton has been a thorn in the side of Christian for a long time as he ended his first World Heavyweight Championship run in two days during 2011 and also try to reinjure him again on Raw. There was a reason that Christian had to sit on the sidelines all these years and not retire properly and it was due to his history of concussions. So when Orton decided to hit him with the punt kick, he wanted to do far more harm to him than just leave him sidelined even longer. This is Christian’s opportunity to get that long-awaited payback against “The Apex Predator.”

Now, there’s also the factor that comes from outside the ring. These two are good friends and credit each other with having one another’s best match and feud in WWE. When they fought throughout the summer of 2011, many focus on the summer that was CM Punk‘s. Rightfully so, but these two delivered magic fighting for the big gold belt. If it’s Chrisitan’s goal to go out in better fashion than he did originally, then a final feud with his greatest WWE rival would fit the billing. 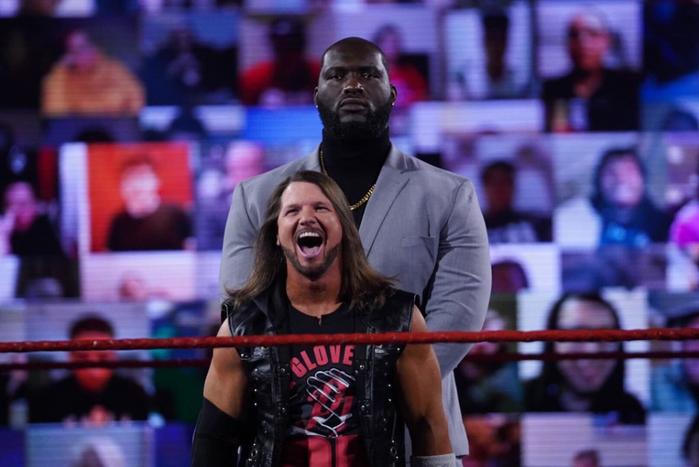 A revival of The Christian Coalition? Probably not. But there is history to build off of here. Once upon a time, Christian was not in WWE and took his talents down to Florida to be a part of TNA Wrestling. It was there that he competed with a young, uberly talented AJ Styles. A guy who Christian gives credit to for getting him to TNA in the first place. They teamed and battled in the somewhat legendary IMPACT Zone for much of Christian’s time there. It was actually in Christian’s second to last match in TNA where he faced Styles in a losing effort. That being said, there is still always history to build off of a new history to be made. Styles has done it all and remains one of WWE’s best while Christian looks to potentially work his way back in. It would almost be too perfect for these two to matchup.

Styles has been doing fine work on Monday Night Raw but hasn’t had too real of a direction besides having Omos by his side. A feud with his old friend from TNA could reignite the spark he has in him while giving Chrisitan the perfect feud to either end his career or help restart this final chapter. Fans of TNA would get a kick out of it while WWE fans can see two of the best names in wrestling history go at it first time under the WWE lights. 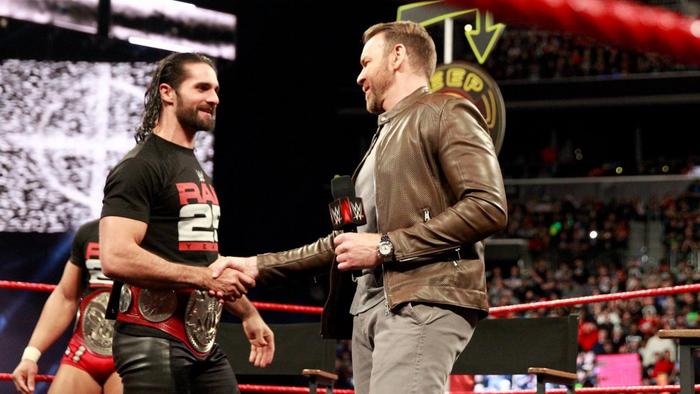 It almost seems that if there was someone new for Christian to face, it would have to be “The Messiah.” There’s really no reason why except that it was Seth Rollins who dumped him over the top rope on Sunday and this would be an excellent feud for both men, maybe even heading into WrestleMania. It would allow both men to have a major match at the PPV and display their excellent promo work heading in. The heel savior that is Rollins could easily look to make Chrisitan the latest sacrifice for the “greater good” and try to take his career away all over again. A bit harsh but Rollins’ character has been one of the more impressive in a long time because of that extreme mentality to “save” WWE. Christian will not be getting booed considering his comeback and in front of a possible 25,000 stadium could get a heroes welcome in his United States home of Tampa Bay.

These two would tell a story worthy of WrestleMania. 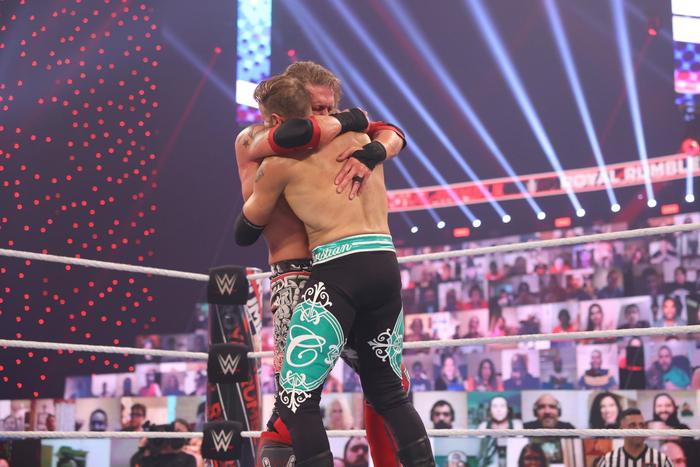 There is no match or feud that writes itself more than this one. Both men have made incredible comebacks from injuries that forced them to retire. Edge and Christian have been connected their entire career as childhood best friends who entered the business and set records as a tag team. It was Chrisitan who won his first World Heavyweight Championship after Edge was forced to relinquish it as he retired. Their story has never included one without the other. Even when they both had their own successful singles career, it was moments like we saw Sunday night that make it all worth it. So if this is the final run for both men, one more match between the two would seem justifying.

The emotions would run high but they would be able to help each other do what neither got to do — retire on their own terms. The first feud back for Christian wouldn’t be Edge, but it’s a potential program and match to work towards down the line as these two legends try and complete their careers the right way.

Before They Were Famous: Ricky Starks
Whats Next For Rhea Ripley After Royal Rumble Showing