The 2021 Men’s Royal Rumble match, which took place this past Sunday, was home to numerous surprises. Among these was the lone entrant from NXT: “The Archer of Infamy,” Damian Priest. The former NXT North American Champion entered the aforementioned match at number fourteen. It’s important to note that this was his first-ever Royal Rumble appearance. Despite his inexperience in the match in question, Priest would have one of the stronger showings of the competitors involved.

Damian Priest entered the 2021 Men’s Royal Rumble match and quickly established himself as a dominant powerhouse. The first man Priest eliminated was Elias, who entered the match one spot earlier at thirteen. “The Archer of Infamy” was off to a solid start. However, his night wasn’t done.

From there, his focus shifted to The Miz and John Morrison, both of whom had raised the ire of Bad Bunny. Earlier in the night, The Miz and Morrison exchanged words with Bad Bunny and Booker T. Furthermore, The Miz destroyed Bad Bunny’s equipment while making his Royal Rumble entrance. This resulted in Bad Bunny storming his way down the ramp to confront The Miz and Morrison. Seeing that the two WWE Superstars were distracted, Priest eliminated them at the same time before encouraging Bad Bunny to perform a flying crossbody as proverbial salt in the wound.

The final man Priest encountered and eliminated was WWE legend Kane. “The Big Red Machine”  entered the match at number eighteen, eliminating Dolph Ziggler and Ricochet, adding to his already impressive number of Royal Rumble eliminations throughout the years. Though Priest found Kane to be a greater challenge to overcome, ultimately, he was able to send the former three-time world champion over the top rope. Priest would last in the match for over fifteen minutes before being eliminated by United States Champion Bobby Lashley.

The 2021 Men’s Royal Rumble was Damian Priest’s first. Most fans will agree that, despite coming up short in his Rumble debut, he had a great showing. Now that the dust has settled following the match, one must wonder what’s next for the former North American Titleholder. He hasn’t been seen on NXT since New Year’s Evil earlier this month, when he fell to Karrion Kross. Logic would dictate that if Priest isn’t officially on the main roster this week, he will be in due time. In this instance, what awaits the man whose goal is to carve a legacy so great that his name will live forever? There are a few possibilities to consider. 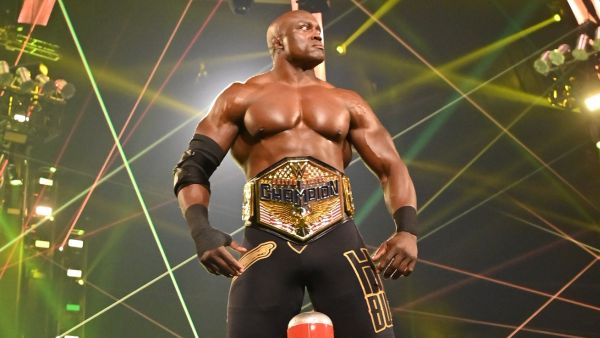 The Archer Sets His Sights on the United States Championship

As stated earlier, Damian Priest was eliminated from this year’s Men’s Royal Rumble by Bobby Lashley. Currently, Lashley is holding things down as not only the CEO of The Hurt Business but the reigning United States Champion. Along the way, Lashley has overcome multiple opponents, including Apollo Crews and Riddle. Priest is unlikely to forget that Lashley cost him a WrestleMania world title match. Thus, the “Archer” may exact revenge by setting his sights on the prize Lashley holds dear on Monday Night RAW.

Priest is no stranger to success as a singles champion. This goes beyond the North American Championship, which he held for 67 days. Prior to being christened Damian Priest, he was once known as Punishment Martinez across various promotions, including Ring of Honor. In fact, during mid-to-late 2018, he held the ROH World Television Championship, which he defeated Silas Young to capture. Priest would hold the title over 105 days before dropping it to current NJPW star Jeff Cobb. Priest is very much a lone wolf, which makes all the more sense for him to focus on Lashley, The Hurt Business, and more importantly to him, the United States Championship. If Lashley overcomes Riddle at a later date, don’t be surprised to see Priest take aim. 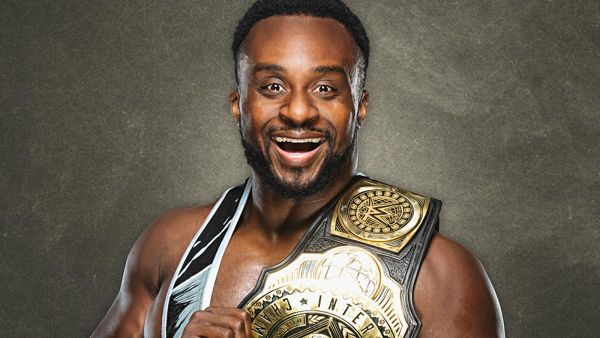 Damian Priest Makes His Way to the Blue Brand

If rumors are to believed, Damian Priest was set to make his Friday Night SmackDown debut recently. According to Dave Meltzer of the Wrestling Observer, Priest was set to debut on the main roster as an ally to Kevin Owens in his ongoing war against Roman Reigns and his family. However, those plans never materialized. Following Priest’s Royal Rumble showing, it would appear that “The Archer of Infamy” has all the momentum needed to make a splash on the main roster. Furthermore, if he doesn’t go to RAW to face the United States Champion, why not head to SmackDown to battle the Intercontinental Champion?

This would be a simple story to tell following the Men’s Royal Rumble. Though Priest had a solid showing, it can be argued that Big E, the reigning Intercontinental Champion, was just as impressive. Entering the match at number ten, Big E was not only successful in eliminating Mustafa Ali and Sami Zayn, but helped to eliminate The Hurricane and Lashley. Big E lasted for nearly a half-hour before being eliminated by Otis. With four eliminations a piece, Big E and Priest eliminated the most people in the 2021 Men’s Royal Rumble match. Not only would a feud between them be built on pride but the Intercontinental Championship.