At last night’s Royal Rumble event, a flurry of NXT stars – some of whom have appeared in previous Royal Rumble matches – made appearances in the big two matches of the night.  Whereas NXT falls under the WWE umbrella, it is perhaps sometimes easy to forget that it doesn’t do nearly the numbers both RAW and SmackDown do.  Therefore, the Royal Rumble is a perfect opportunity for these stars to get their name out there and, maybe, impress Vince McMahon – who has revealed in the past that he does not watch NXT.  Let us take a look at the NXT stars who made appearances last night. 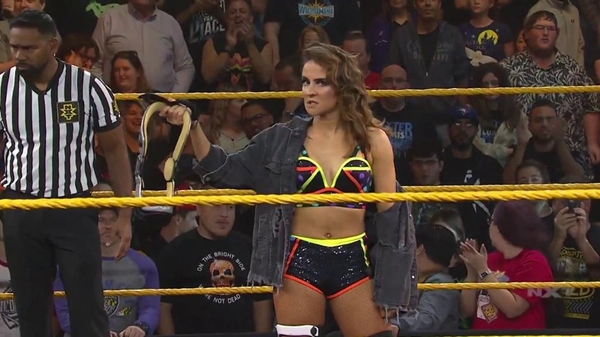 Personally, though both matches were fun, the women’s Royal Rumble match felt more enjoyable last night.  It had a greater selection of stars from past and present (Jillian Hall and Rhea Ripley in the same match was a sight to behold) and didn’t lose interest throughout.  The first member of NXT to appear in the match was Shotzi Blackheart (number 5).  This was Shotzi’s second Royal Rumble match, having appeared in the 2020 edition.  At just twenty-eight years old, Shotzi has a bright future ahead of her and is already one of NXT’s brightest talents.  Number 7 saw former NXT UK Women’s Champion, Toni Storm, make her second Rumble appearance.  Toni is already a ten-plus year veteran of the business and is still only twenty-five years of age.  Another woman to make her second Rumble appearance was Santana Garrett, who entered the match at number 12.  Santana had previously wrestled on Main Event but is still poised to make an impact on the main roster. 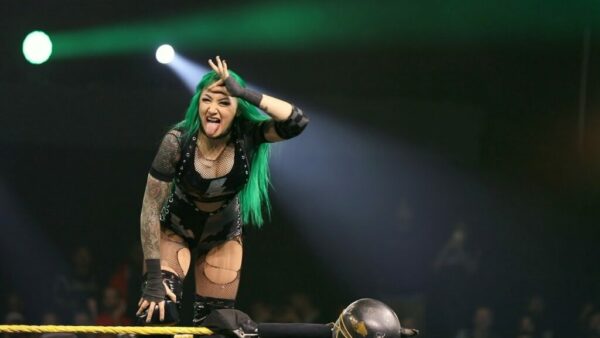 Of course, number 14 saw the big one: “The Nightmare” Rhea Ripley entered into the match here, lasting until the final two before being eliminated by winner, Bianca Belair.  Rhea is someone who can be a big star on the main roster, and already has some name recognition, thanks to her high-profile feud with Charlotte Flair last year.  Hopefully she goes onto have the big 2021 she deserves.  Dakota Kai entered the match at number 23.  Dakota is one of NXT’s most talented young women and she has now appeared in two Royal Rumble matches, which should have helped to make fans aware of just how good she is.  At number 28, we had current NXT star Ember Moon.  Ember is in the Finn Balor category of former main roster star who rejoined NXT to give it a boost.  It is unlikely we will see Ember return to the main roster but it was nice to see her feature in this match. 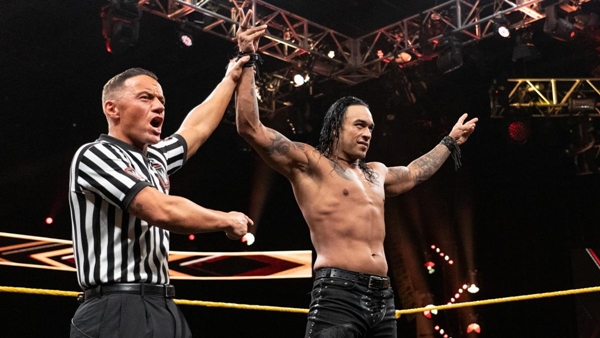 Shockingly, there was only one male NXT star to appear in the Royal Rumble match last night.  However, it was his first Rumble appearance and he did enough with it to showcase his talent.  Damian Priest was the NXT star to make a name for himself, eliminating four competitors (John Morrison, Elias, The Miz and Kane); working with special guest Bad Bunny at one point and lasting 15:34 in the process.  In short, this was a solid showing for the thirty-eight year old New York native.

Standing at six-foot-five and boasting a solid arsenal, complete with the look and work-rate to match, there is no reason why Priest can’t be a star on the main roster.  Kane certainly thinks so.  When asked what he thought about being eliminated by Damian Priest, Kane replied:

“Man, he’s got a tonne of potential.”

There’s not many endorsements better than the Big Red Mayor’s, so Priest will certainly be feeling happy with himself.  As mentioned, he worked with Grammy Award winning artist Bad Bunny to eliminate John Morrison and The Miz – the latter having destroyed Bunny’s DJ set-up.  So the Kane endorsement; the Bunny rub and his overall performance suggests that Priest certainly did enough to make himself stand out among the crowd.

So there we have it.  Last night’s Royal Rumble enabled a whole host of NXT stars to make a name for themselves, with one of them lasting to the final of the women’s Royal Rumble (and the winner, Bianca Belair, being an NXT star until very recently) and another catching the eye of Mayors and Grammy Award winning artists alike.  Whereas not all of them will have an immediate impact on the main roster following the Royal Rumble, we can only wish them a solid 2021 which allows them to do so in the near future.