New Beginning In Nagoya marks the first of three major shows in the New Beginning Tour for New Japan Pro Wrestling, with the conclusion of this tour being at New Beginning In Hiroshima on Feb. 11. Today, we take a preview of the card that features a highly anticipated NEVER Openweight Championship match in the main event.

— NO DQ Match: Will Ospreay vs. Satoshi Kojima

Loser Must Retire The Mongolian Chop 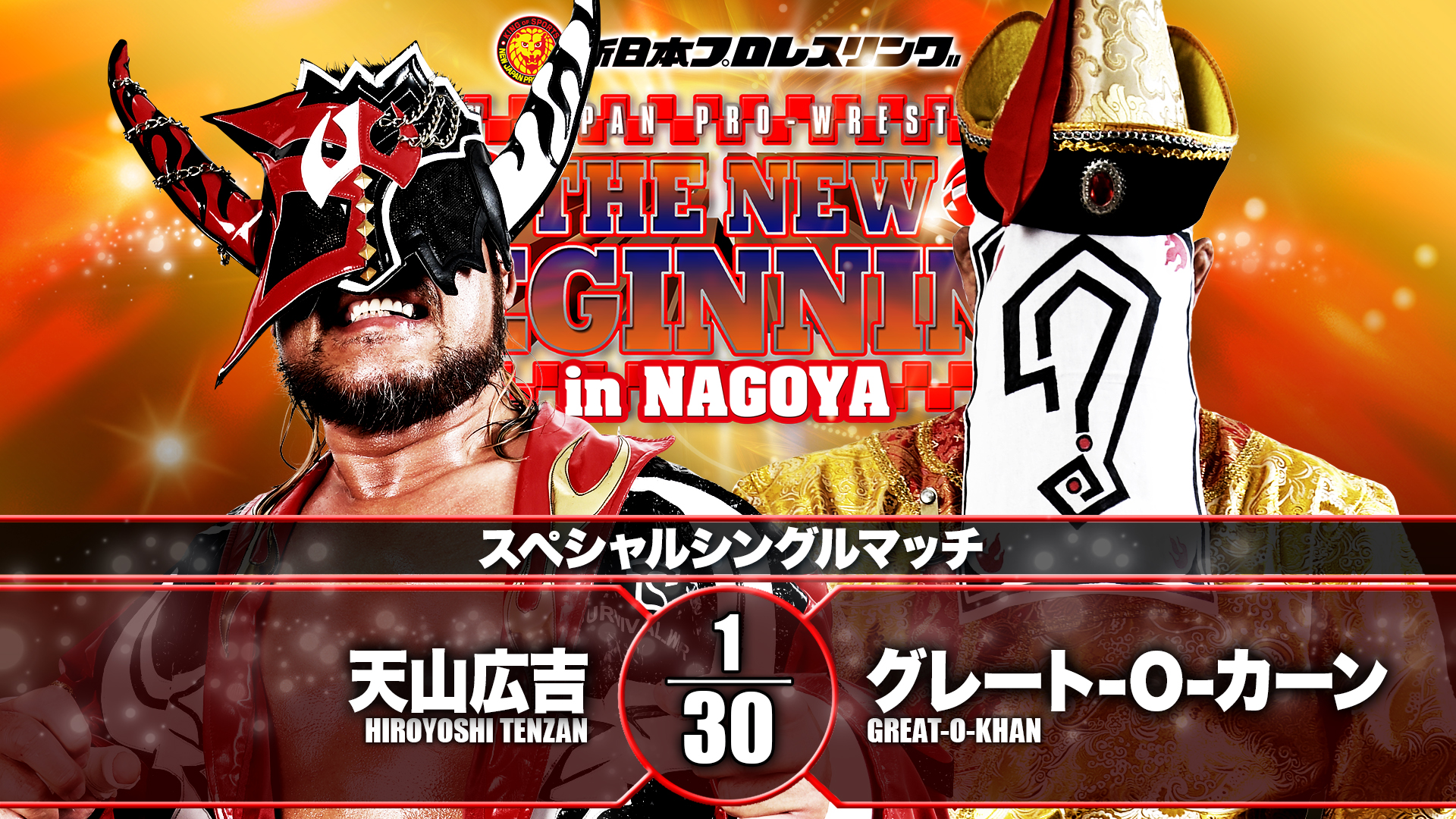 At Wrestle Kingdom 15, Great O-Khan lost his match against Hiroshi Tanahashi. At New Year’s Dash, Hiroyoshi Tenzan was part of a trios match against the new faction known as The United Empire. After the match, it looked like Hiroyoshi Tenzan was injured, as he was taken out on a stretcher. After a few days and it was clear he was good to go, Tenzan went right after Great O-Khan.

For the past few “Road To Shows,” these two have been causing DQs left and right, not stopping until they get to this match. The stipulation of this bout is based around a move that both wrestlers use known as “The Mongolian Chop.” A move both wrestlers use, so the winner of this match has rights to the move. 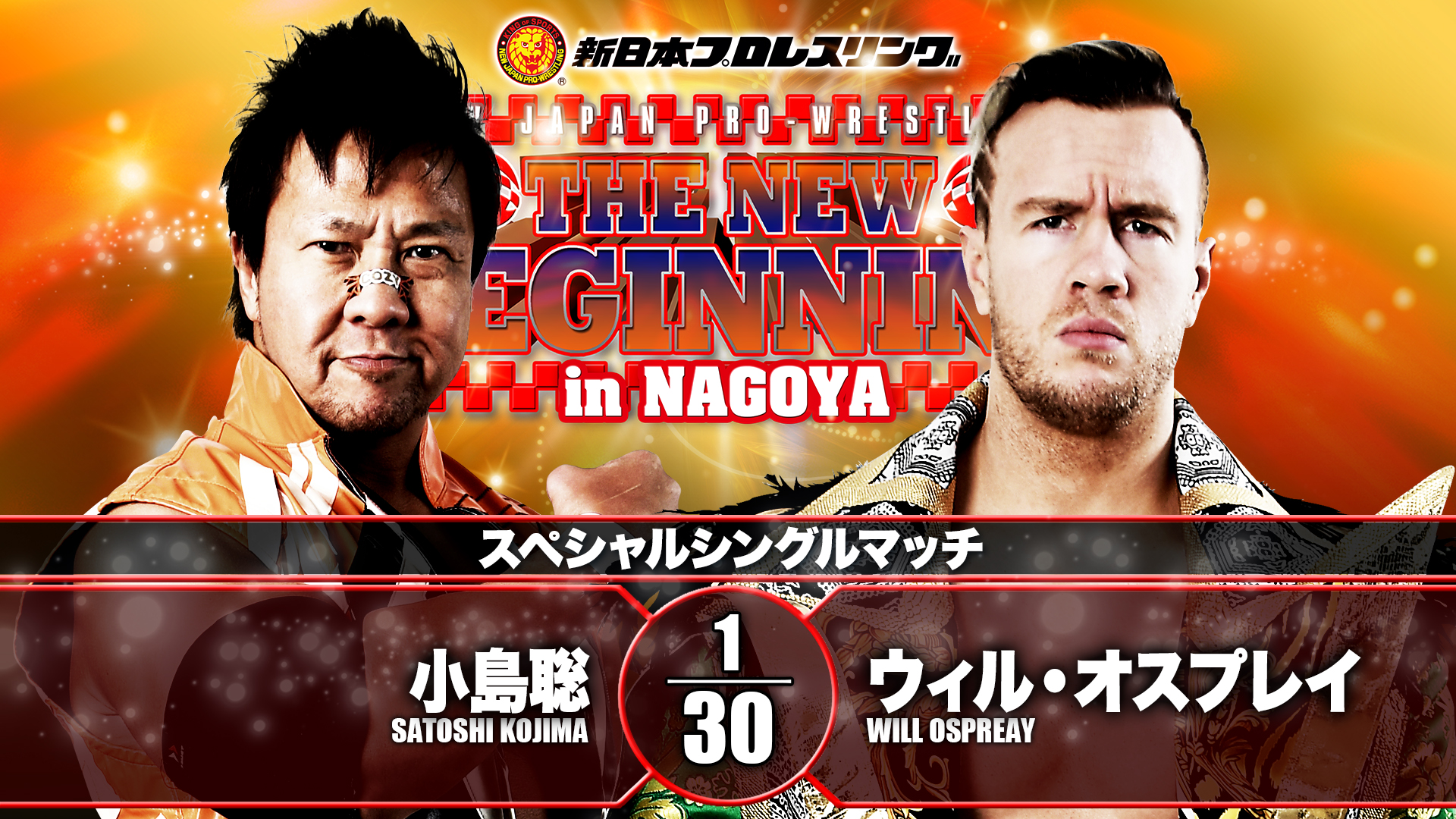 At Wrestle Kingdom 15, Will Ospreay would lose his singles match against Kazuchika Okada. Ospreay would go into the New Year’s Dash show angry as the Empire lost every match they were a part of. The leader showcased this anger by going after Satoshi Kojima and Hiroyoshi Tenzan, almost injuring Tenzan in the process. During this same segment, Ospreay would establish “The United Empire.”

Satoshi Kojima was angered by this and went after Ospreay, with some of the matches going into this bout featuring DQs or Kojima and Tenzan getting pinned. But Kojima has revenge on his mind due to a significant injury scare that happened with Tenzan. While Ospreay wants to end the old guard of New Japan by defeating one of NJPW’s oldest stars in a dangerous NO DQ match in our co-main event. 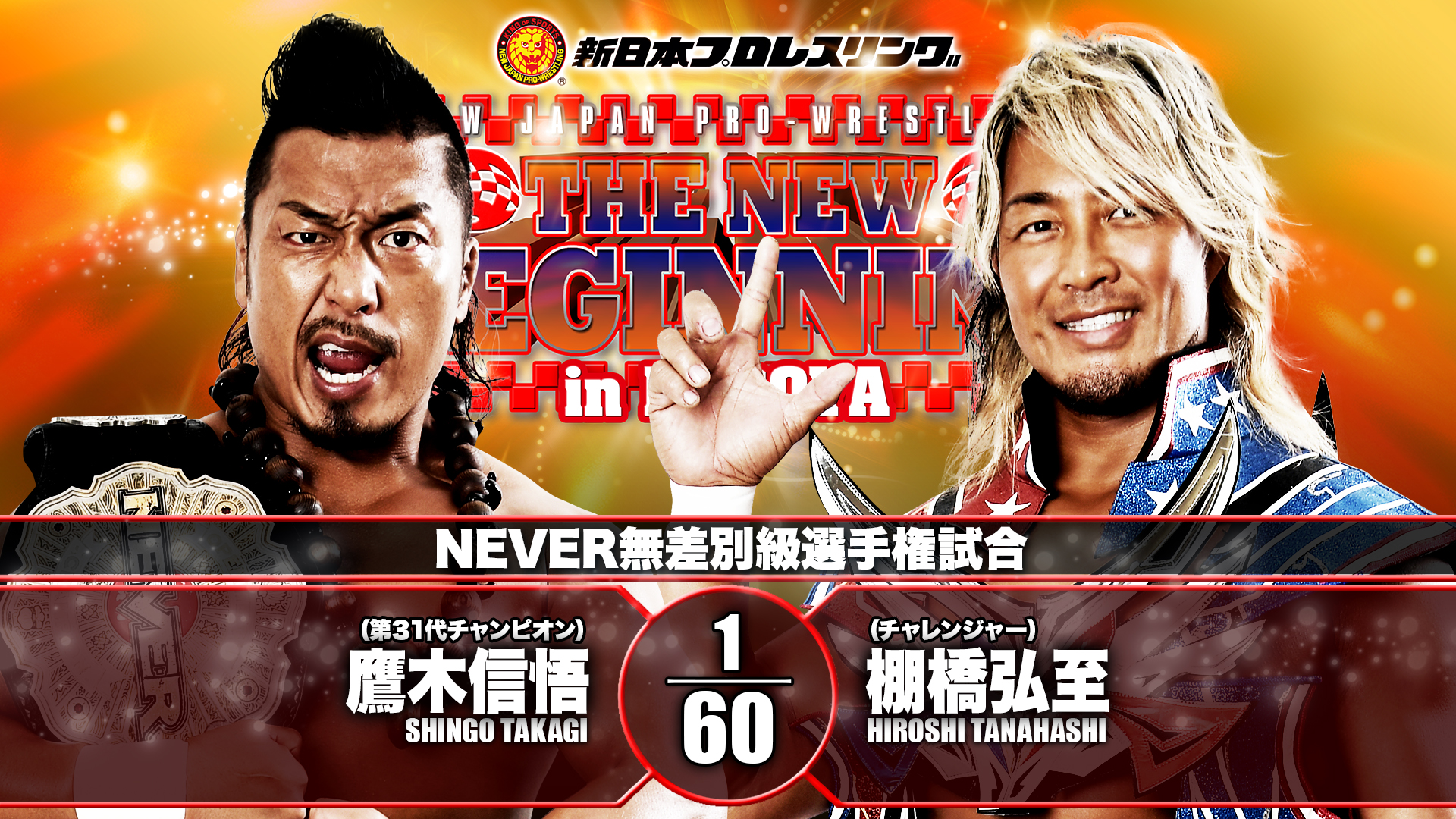 In our main event, it is a potential dream match. The NEVER Openweight Championship has always been one of the titles to showcase brutality and for the past few months, Shingo Takagi has established himself as one of the best to hold that belt. But a theme throughout New Japan and this title are that Hiroshi Tanahashi has never challenged for the championship before in the over nine-year history of the championship.

Tanahashi established himself as a contender at New Year’s Dash. This will mark Takagi’s second title defense in a highly anticipated bout against the “Ace.” What makes this bout more enticing is that it’s also the first time these two have faced off against each other.

Will Tanahashi win one of the belts that have eluded him or will Takagi’s reign of dominance continue?