Professional wrestling can be one of the most magical forms of art and sport there is. The mixture often leads to these stunning moments that see fans celebrate, cry, and have an absurdity of emotions that never ceases to amaze. And sometimes those moments stem from something unforeseen that sends shockwaves through pro wrestling. In 2006, the Royal Rumble saw one of those moments. 15 years later, we remember the remarkable win of “The Ultimate Underdog,” Rey Mysterio.

At five feet, two inches tall, Mysterio had zero advantages when he entered the 2006 Royal Rumble match. While he was already on his way to becoming one of the greatest high-flyers and luchadors of all-time, that didn’t mean the Rumble match was something that favored him. Instead, he was one of the true underdogs of that match. But what he had on his side was the love of his fallen friend, Eddie Guerrero. That’s what makes this moment so emotional and magical. 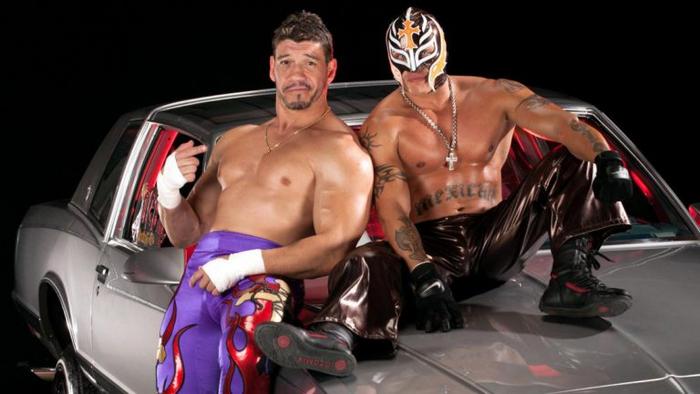 November 13, 2005. The day that Eddie Guerrero unexpectedly died from unknown heart disease. It was a death that sent the entire pro wrestling down a dark path as the complete shock of one of the most beloved wrestlers in history being gone was something difficult to accept. WWE held a tribute show as the night included video after video of these wrestlers sharing their stories and love for Guerrero. It was one of those moments when fans and wrestlers alike heard it, they remember exactly what they were doing. And to this day, the love for Guerrero continues to pour out and you can feel his presence in nearly every match.

The relationship that Eddie had with Rey Mysterio was one of the most incredible ones in history. On television, they were great tag team partners and even better rivals. It was just a few months earlier that they finished their feud that was for the custody of Mysterio’s son, Dominik. Off television, they were the best of friends who traveled through wrestling together. You can date back that cohesion they had in and out of the ring back to their WCW days. That’s how close-knit they were. So when Guerrero passed away, it was Mysterio’s only goal to do anything and everything as a tribute to his fallen friend. And that’s where the Rumble comes around.

Outlasting The Rest: Becoming The Match’s Most Unlikely Winner 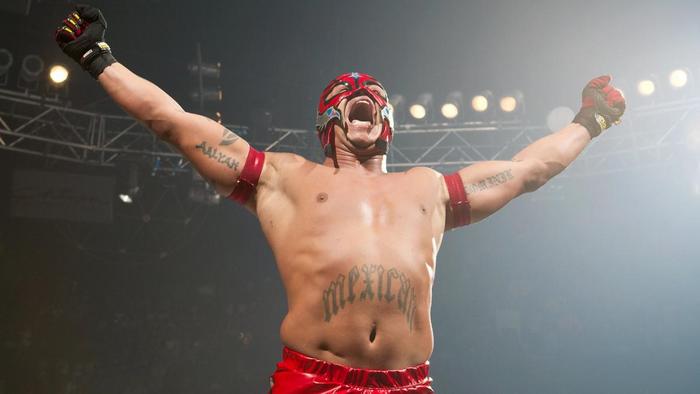 There is something about an underdog story that inspires you. Then there is something when there is even more weight on the shoulders of the underdog. As he rolled in at the low number of No. 2, he showed that the love of Guerrero was with him as he came into the arena with the low rider car that Guerrero had used for much of his WWE career. He pointed to the sky with the “EG” band around his arm, Guerrero shirt on, and walked down to the ring ready to put on a show. The daunting task of being No. 2 is no joke considering before Mysterio, the only other man to achieve going from start to end was Vince McMahon.

His achievements in the match cannot be understated considering the time he lasted and the number of eliminations he had. Not only did he go on to win, but he lasted the all-time longest in traditional Royal Rumble matches with one hour, two minutes, and twelve seconds. Mysterio tied Triple H, the No. 1 entrant, in eliminations with six. It was a complete performance by Mysterio that saw him save himself time and time again.

Perhaps the end of the match perfectly illustrated how much of an underdog he really was. The survival was key, but when it was down to him, Triple H, and the No. 30 entry Randy Orton, he had to figure out how he could survive again. Mysterio experienced every twist and term the Rumble had that year, as did Triple H. He had the fans on their feet when he managed to slip “The Game” out of the match and left it down to him and Orton.

Orton’s advantages were clear. Bigger in overall size, 50 fewer minutes in the actual match. Oh, and Triple H’s anger led to Mysterio being tossed into the steps and served to Orton on a silver platter — all signs pointed to Orton going to WrestleMania and Mysterio being left with nothing but a great effort. What Mysterio did have, however, was the heart and the fans on his side. Ultimately, Orton’s cockiness got the best of him and it gave “The Master of the 619” a window to shock Orton with a hurricanrana over the top rope to win the match and shock the world.

It’s one of those moments that will be remembered forever and you cannot take that away from Mysterio or fans alike.

Going On To WrestleMania To Make History 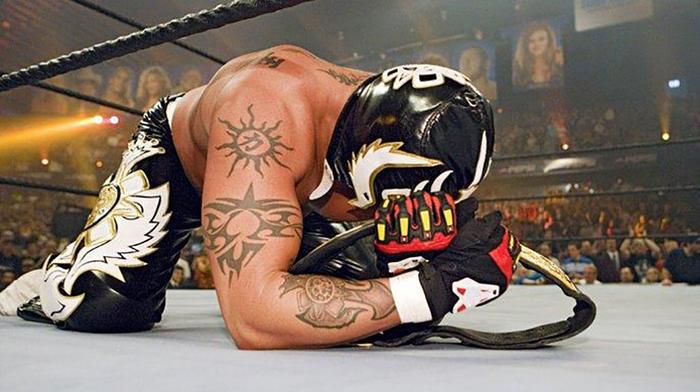 Rey Mysterio did it. He won the Royal Rumble and was going onto WrestleMania 22 to fight for world championship gold. Unfortunately, that wasn’t the complete case. Mysterio was willing to put his opportunity on the line at No Way Out against Orton, losing as Orton cheated his way to the win. It led to Teddy Long righting that wrong and putting him back into the World Heavyweight Championship match.

And it was there that Rey Mysterio shocked the world again, winning the World Heavyweight Championship on the “grandest stage of them all.” Not only did Mysterio make it, but he did it for his fallen friend, Eddie Guerrero, in one of the better Rumble matches in history.