The UWFI Contenders series comes to a close as season one looks to go out with a bang.  Paradigm Pro Wrestling has promised that this is an episode not to be missed, which would live up to the bar set by the series so far.  Let’s see what is on tap for the UWFI Contenders Season One finale

The last time we saw Jordan Blade in the UWFI series she defeated Janai Kai in a good match.  This time she takes on the 2-0 Midwest Territory Champion Chase Holliday with the chain on the line.  As we know Blade is a powerful competitor who excels on the ground, she will need to make the most of those skills as she is at a size and weight disadvantage against Holliday. 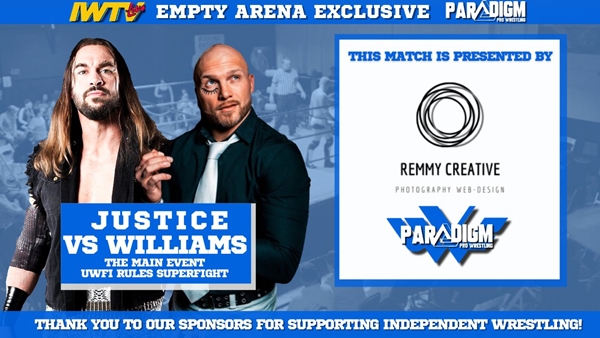 In what is being hyped as a superfight Matthew Justice will do battle with Aaron Williams in the season finale of the UWFI Contenders Series.  With both men coming in at over six feet and over 200 pounds this promises to be a slobber knocker.

Where To Watch UWFI Contenders Season One Finale

This show Cis streaming LIVE on IWTV at 10 pm EST.  Use the code PARADIGM to get a free trial