It’s a New Year and what that also means is a brand-new slate for independent wrestling as a whole. Game Changer Wrestling is no exception, as it will ring in 2021 with its first event of the year, GCW 56 Nights. This will feature a slew of promising matches, including a main event encounter between two death match enthusiasts. Take a look at the following card, in addition to a few highlights, in order to catch up prior to 56 Nights. 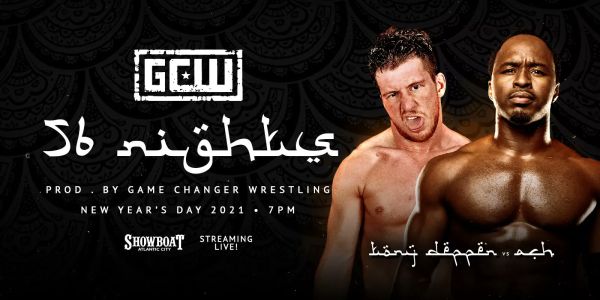 A First-Time Encounter at GCW 56 Nights

NOTE: Due to Covid-19 protocols Tony Deppen will not be on the show 56 Nights.  He has been replaced by Ken Broadway

Despite how frequently Tony Deppen and ACH have appeared at GCW events, it may surprise fans to know that they have never touched once. This is true even beyond GCW; in other independent promotions, they have yet to cross paths. For this reason alone, Deppen and ACH’s first-time encounter at 56 Nights makes the event in question worthwhile to see. It’s important to note that while these men have yet to touch, they been quite successful in 2020 in their own respects.

Most recently, Deppen has been making regular appearances for Ring of Honor, even competing for the World Television Championship against Dragon Lee at Final Battle 2020 earlier this month. Deppen has been a force to be reckoned with in GCW throughout the year as well, picking up major victories over the likes of Alex Zayne, Calvin Tankman and Alex Shelley. Meanwhile, “Super” ACH has been prominently featured across organizations ranging from Major League Wrestling to New Japan Pro Wrestling. ACH made it to the semifinals of this year’s Opera Cup and the finals of the Super J-Cup. ACH is formidable, to say the least, and his upcoming encounter with Deppen at 56 Nights may be an early contender for 2021 Match of the Year. 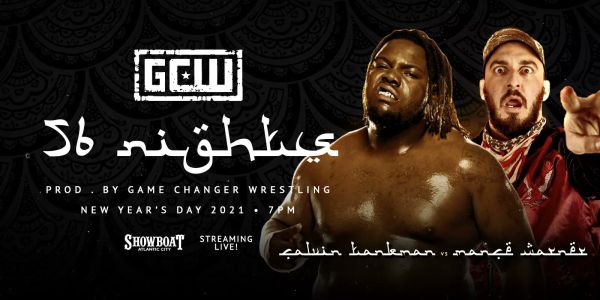 Calvin Tankman made his Major League Wrestling debut in November and has proven himself as a dominant force on the brand. Victories over the likes of Robert Martyr and ten-year-plus veteran Zenshi are collective evidence of this. Furthermore, 56 Nights will mark “Heavyweight Hustle’s” first GCW appearance since Josh Barnett’s Bloodsport 3 this past October, where he bested Alexander James. From MLW to GCW and beyond, Tankman has been marked as a bright spot in independent wrestling’s future. His upcoming match at 56 Nights, however, will be a tall challenge.

Mance Warner is no stranger to MLW, either. He’s battled everyone from Bestia 666 to AEW‘s own MJF, utilizing a combination of brawling and hardcore wrestling. Since March, however, “Ol’ Mancer” has been absent from MLW, focusing on his work across all independent promotions. Warner is the current-reigning AAW Heavyweight Champion, having held the title for well over a year. Furthermore, he’s seen recent success in MLW, including winning the Nick Gage Invitational 5 tournament this past November. When Warner’s brawling ways meet Tankman’s sheer power, it’s difficult to imagine which will persevere. 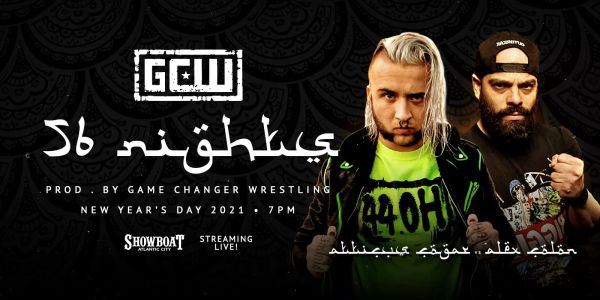 Originally, at GCW 56 Nights, Atticus Cogar was slated to face EFFY. Meanwhile, in the main event, the GCW World Championship would have been on the line as long-time titleholder Rickey Shane Page defended against Alex Colon. Recent complications related to COVID-19 threw these plans into disarray. From the ashes of said plans emerged a new showdown between two death match enthusiasts. Page’s fellow 44OH member, Cogar, will now take on Page’s original opponent for this event, Colon. In other words, this will be a brutal showdown.

Though he’s the young, scrappy member 44OH member, Cogar has seen success in GCW in 2020. Case and point, at Keep in Touch this past August, he teamed with Page to defeat the team of Allie Kat and EFFY, collectively known as EFFYKat. Two months later, at Jimmy Lloyd’s D-Generation F, Cogar bested Colby Corino in the former’s specialty: a death match. Outside of GCW, in the past month, “Silver Teeth Satan” became something of a staple in ICW No Holds Barred. It was here he faced the likes of Neil Diamond Cutter and Akira in hard-hitting doubts. Cogar made the most of 2020; there’s no doubt he’ll approach 2021 with the same mindset.

Cogar’s upcoming opponent in Alex Colon is nothing short of grizzled. In 2020, Colon won his second Tournament of Survival, becoming the first man in GCW to win said tournament on multiple occasions. He was also involved in the Nick Gage Invitational 5, where he fell to eventual winner Mance Warner. If there’s one thing that Colon, a 13-year-plus veteran, has shown, it’s that he will take things to the extreme to win. This has been proven in organizations including Combat Zone Wrestling and, more recently, H20 Wrestling, the latter of which he was a two-time Heavyweight Champion for. What will transpire when “Silver Teeth Satan” faces the self-proclaimed “Best of the Best” at 56 Nights? Tune in to find out.

GCW 56 Nights will take place at The Carousel Room at The Showboat in Atlantic City, New Jersey, on January 1, 2021.

Tickets for the events are on sale now via Eventbrite. Attendees are expected to wear masks and face coverings. Furthermore, social distancing guidelines will be enforced throughout the event. For those that are unable to attend in person, 56 Nights will air live on FITE.tv; further details can be found below.

Stay tuned to the Last Word on Pro Wrestling for more on this and other stories from around the world of wrestling, as they develop. You can always count on LWOPW to be on top of the major news in the wrestling world, as well as to provide you with analysis, previews, videos, interviews, and editorials on the wrestling world. GCW 56 Nights airs on Friday at 7:00 PM EST live on FITE.tv.