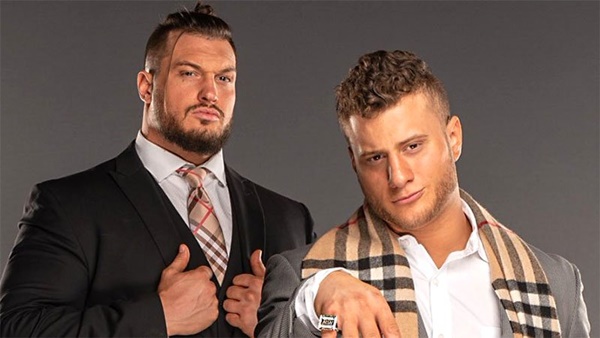 With a roster boasting with upstart talent; the most notorious young heel in AEW would have to be none other than Maxwell Jacob Friedman. The “Salt of the Earth” has become one of AEW’s most important wrestlers. Alongside his mammoth bodyguard Wardlow, MJF has embarked on a lengthy winning streak. MJF and Wardlow have become a force to be reckoned with. However, after losing to Jon Moxley at All Out, MJF has devised a new goal in AEW: to join the Inner Circle. After painfully asking Chris Jericho if he could join, the “Painmaker” made a deal for the fantastic Le Dinner Debonair Musical. With the “Lone Wolf” interested in joining this feral Wolfpack, now is the perfect time for MJF and Wardlow to split.

Salt in the Wound 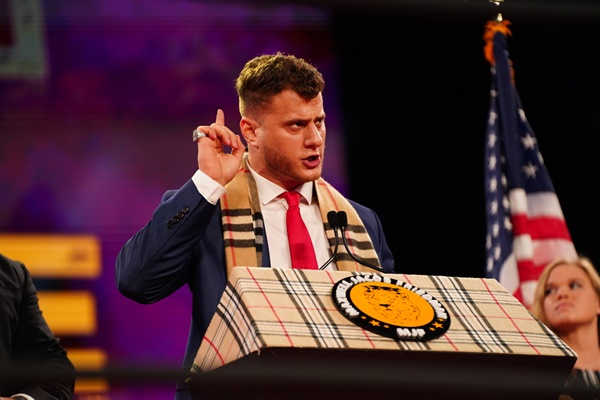 MJF’s victories in the ring are a result of his Dynamite Diamond Ring as well as interference from Wardlow. With Mr. Mayhem by his side, the New York native has been one of AEW’s most successful young stars. A throwback heel with insistence on keeping kayfabe alive, MJF has earned respect from wrestling fans with excellent promos coupled with character work. Some fans theorized that MJF would be involved with a new Four Horsemen faction in AEW; it came as a surprise for Maxwell to express interest in joining the Inner Circle. While AEW disbanding the Inner Circle would be more beneficial, if they are going to regroup in AEW, then adding MJF as a member is the perfect next step.

Since AEW wants to keep MJF heel, joining the Inner Circle is an intriguing idea. After Double or Nothing earlier this year, the Painmaker Posse has taken a step back in the AEW landscape. The faction is in need of a shakeup to regain dominance. With conflict mounting between Maxwell and the “Spanish God” Sammy Guevara, it seems to imply he intends the replace Guevara. However, what if it was a red herring? Chris Jericho could very well be the person MJF intends to take the Inner Circle away from. As more and more fans cheer on Jericho with his highly popular theme song “Judas,” turning the former Y2J babyface would be an option to discuss. However, if and when MJF does enroll in the faction, it must end the partnership with Wardlow. 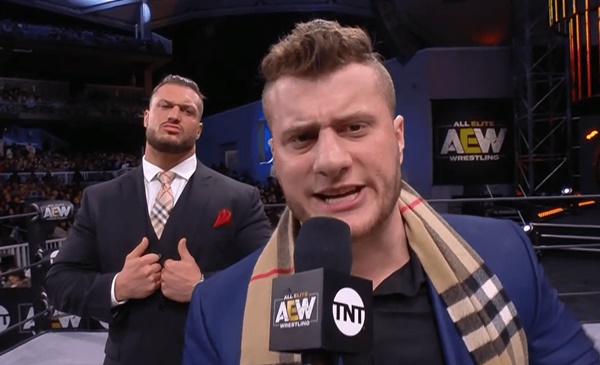 As one of AEW’s original Hoss wrestlers, Wardlow has certainly looked imposing. The former IWC Champion has been the muscle of MJF’s campaign. Tensions flared between the duo around a month ago when Wardlow began to question Maxwell. MJF reminded his enforcer who calls the shots before being berated. Considering the majority of AEW’s heavyweights are heels, AEW is wise to tease turning Wardlow babyface. Similarly to Batista and Triple H, Wardlow is the muscle who is getting fed up with his boss’s orders. Sometimes a simple story works best; in the case of Mr. Mayhem, it’s the perfect booking for the Cleveland native to grow fan support.

Fans are getting behind Wardlow after his hilarious appearance on BTE in which he was flirted on by John Silver. Wardlow has been a phenomenal powerhouse against Cody and Jurassic Express. The big guy magic is desperately needed on Dynamite and a babyface Wardlow will give fans a exciting monster to root for. Considering Will Hobbs is still finding his footing, Wardlow can etch ahead due to him being more familiar to AEW fans. Mr. Mayhem standing up to one of the most detestable heels in wrestling will make him insanely likeable.

The fact is the majority of heavyweights in AEW are used as enforcers or as part of a stable. The big guys in AEW appear akin to hired help. Miro, Brian Cage, and Jake Hager, in addition to Wardlow, stand in the background of other wrestlers to look imposing. AEW needs to let some wrestlers succeed on their own. MJF and Wardlow have done enough together as a duo. Considering every MJF match is telegraphed with Wardlow interference, now is the time to shake up the formula. Wardlow leaving MJF will jumpstart his career and give him the energy he needs to advance in AEW.

Wardlow joining the Inner Circle along with MJF would be redundant. Hager is already the resident big man of the group. Unlike Hager, Wardlow has tremendous babyface potential that needs to be capitalized on. MJF abandoning Wardlow for the Inner Circle will shake up both wrestlers in a fantastic way. After that Musical Number with Jericho, MJF is gaining more attention by the minute. MJF needs to move forwards as a character instead of remaining the same only with additional allies. Wardlow will be fine on his own. If a singles push doesn’t work out for the War Dog, then there’s always the stacked tag division to be a part of.

Now is the absolute perfect time to disband MJF and Wardlow. The duo has done everything they can on Dynamite together over the past year. More tantalizing stories await both wrestlers. The War Dog is on the fast track to become AEW’s resident entertaining monster. A redemption arc for Wardlow after being MJF’s enforcer could lead to highly entertaining bouts against AEW’s arrogant heels. Meanwhile, MJF and the Inner Circle will only lead to greater things for the Salt of the Earth. MJF’s tremendous potential, not to mention incredible vocal range, should associate with a faction instead of a single lackey. It’s time for Wardlow to exit stage right, so Maxwell can hog the spotlight.