With more matches announced in the build-up to Bound For Glory, this week’s IMPACT Wrestling looks to focus on the Knockouts with eight of them in action! Meanwhile, a tag division rivalry will continue to build. Additionally, we will get an update on the future of the number one contender for the IMPACT Heavyweight Championship. This week is sure to have major consequences for the upcoming PPV on October 24th. 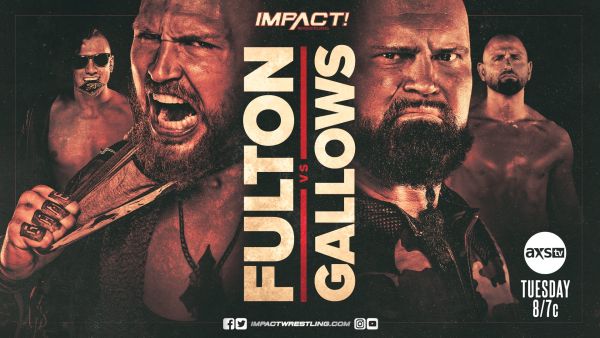 The big men of the tag division go head to head in what is sure to be a physical encounter as the tensions in the tag division continue to ramp up. Last week, we saw all four teams for Bound For Glory hit the ring in the main event. Will we see a similar encounter on this week’s show? Fulton has found more success as a singles wrestler than Gallows, but The Good Brother is a wily veteran who will need to use every ounce of experience to overcome the Madman. The build-up to Bound For Glory in the tag division right now is sensational and is absolute must-see TV. 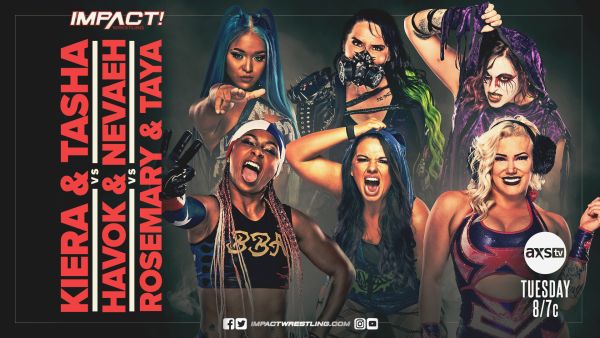 Last week, Rosemary & Taya picked up the win against Hogan and Steelz. The Knockouts division continues to escalate this week by adding Havok & Nevaeh to the chaos. The bar has been set high after an outstanding contest, but this is an excellent opportunity for these ladies to shine.  The rivalry between these teams is escalating week on week and is becoming one of the best things in IMPACT Wrestling. 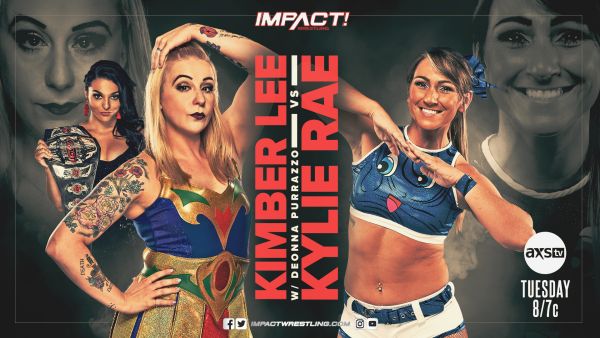 Lee will be keen to showcase why many consider her a top acquisition for IMPACT. This week, she goes head to head with one of the most popular female wrestlers in the world today, Kylie Rae. Lee interrupted Rae on last week’s show and was left considering her life choices after Rae unleashed on Lee, leaving her unconscious. Purrazzo will oversee this week’s event as Rae challenges for her title at Bound For Glory. 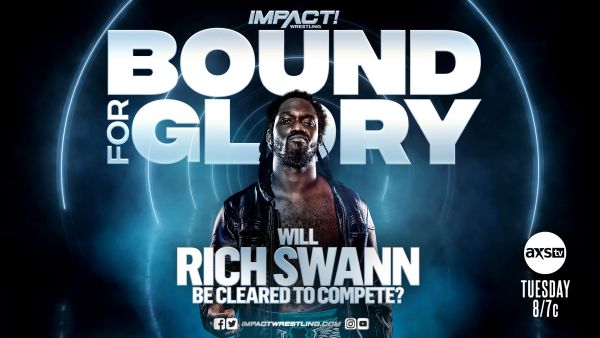 After last week’s attack from Eric Young, will Swann be in any condition to challenge for the IMPACT World Championship??

More matches will almost surely be added, but this week’s show already looks like it is must-watch TV!