We are months away from the Royal Rumble there is a Draft and many a PPV to get through before the Royal Rumble event itself.  That doesn’t stop places like SkyBet from taking bets on who will win the Women’s Royal Rumble.  We’ll take a look at the 5 current favourites months out from the event.

The Boss Sasha Banks is the current favourite to win the Women’s Royal Rumble.  Banks is currently feuding with former tag partner Bayley over the SmackDown women’s championship but many fans think the feud will be extended to WrestleMania.  The best way to do this would be to separate Banks and Bayley in the upcoming draft before having Banks win the rumble and come back to haunt the woman that turned on her.

The former Raw Women’s Champion has not been seen since losing in the main event of WrestleMania a year and a half ago.  At the time it was expected that Rousey would be taking time off to start a family but that has not come to fruition and recent rumour and innuendo is we could see her return to WWE.  Rousey returning to win the event would put her in prime position for a big match at WrestleMania with either champion.  Could we see Asuka vs Rousey at Mania? 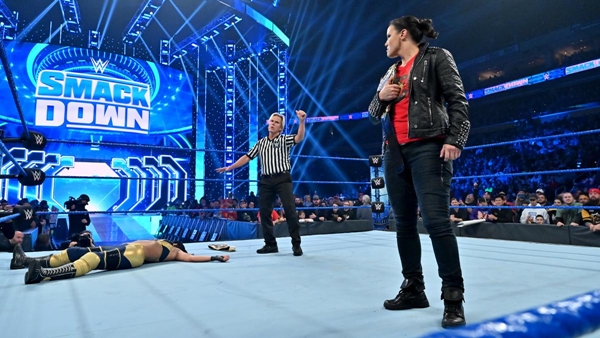 Baszler was the favourite to win the 2020 edition of the Royal Rumble.  She didn’t win but did get her WrestleMania match with Becky Lynch.  At times she’s been booked strong and at others she’s been an afterthought but a rumble win could rehab her image and put her in prime position to win a championship at next year’s Mania.

Big things are in store for Ripley, who will no doubt become a big star one day.  What better way to call Ripley up and make her an instant star than by giving her a surprise women’s royal rumble win leading to her winning the championship at WrestleMania.

At first this seemed a bit out of left field as Alexa Bliss was the fifth favourite to win.  What some people may forget is that Bliss dominated the WWE women’s divisions on both RAW and SmackDown for a number of years before being cycled down to the tag ranks after injuries piled up.  It’s clear WWE sees a lot in Bliss and giving her a rumble win would cap off her already incredible career.  She has recently debuted a new character which could lead to her becoming a dominant heel alongside The Fiend and winning the rumble would send her to Mania with a chance to win gold.

Becky Lynch is just behind Bliss in the betting odds.  Lynch who is likely expecting her baby soon would make a very surprising comeback if she were to return in January, especially since the talk is her time as a full time performer is up

Paige is ranked above a number of full-time roster members to come out of retirement and win the royal rumble.  Ember Moon is also listed very high for someone that may never wrestle again.