All wrestlers have to start somewhere on the path to making their dreams a reality, whether it be a wrestling school, church basement, bingo hall, etc. From there, those wrestlers work their way up to the pinnacle of their dreams. For many, that’s a career in WWE or more recently AEW, IMPACT Wrestling or even NJPW. But sometimes the journey is just as important as the destination. In LWOPW’s newest feature, “Before They Were Famous,” we take a look at the pre-WWE careers of some of the company’s top current stars, following along on their road to superstardom. In this edition, we focus on the high-flying luchador, Kalisto!

“Lucha, Lucha, Lucha!” This has become the war cry of the masked high-flyer known as Kalisto. Since 2006, he has wowed audiences across the United States, Mexico, and beyond. He grew up admiring the various luchadores that would ultimately help him craft his own in-ring style. These days, he is a consistent presence on WWE SmackDown, often paired with Lince Dorado and Gran Metalik; together, they are Lucha House Party. Kalisto had to work hard to reach these heights, however, as his story will tell.

Born Emanuel Alejandro Rodriguez, the future Kalisto grew up a fan of professional wrestling. He looked up to such names as Rey Mysterio and Octagon, the latter of whom became especially influential to him. Though he participated in a number of sports during his youth, competing in football, amateur wrestling, and the like, his goal was to become a professional wrestler like his idols before him. Thus, by age 20, Rodriguez began his professional wrestling pursuits.

The Beginning of the Road for Kalisto

Rodriguez started his training in 2006 with Windy City Pro Wrestling, which was based out of Chicago, Illinois at the time; by 2015, it relocated to DeKalb. After only a few weeks of training, Rodriguez made his official debut for the promotion under the name Samuray del Sol. This name was not only inspired by Mexican culture, but Japanese culture as well, providing a unique blend. It also allowed Samuray to stand out as he made a name for himself across the independent wrestling circuit.

In March of 2007, Samuray debuted for AAW, competing against Phil Atlas at the promotion’s 3rd anniversary show. From there, Samuray appeared for other promotions in the Midwest, including GALLI Lucha Libre. Samuray’s efforts in the Midwest continued in 2008, even teaming with Jerry Lynn in February to defeat Steve Boz and Isaias Velazquez. In July, Samuray achieved his first taste of gold when he became the second-ever GALLI Champion. Samuray would hold onto the title for the rest of the year, defending it against names including Gringo Loco along the way.

By 2009, Samuray’s popularity was growing in the Midwest, not only in GALLI but other promotions in the area including UnderGround Wrestling and DREAMWAVE Wrestling. Indie wrestling fans took to his high-flying style that was reminiscent of Mysterio, Juventud Guerrera, and Psicosis, just to name a few. Samuray started to branch out from the Midwest in 2010, appearing for International Wrestling Cartel in Pennsylvania in August. Two months later, he debuted for the New York-based promotion East Coast Lucha Libre. Branching out allowed Samuray to test his settle against such names as Horus, Famous B, and Johnny Gargano.

Samuray spent the first few months of 2011 wrestling in the Midwest. However, by April, he began doing tours in Mexico. During his time in Mexico, he worked for such promotions as
Empresa Regiomontana de Lucha Libre and Desastre Total Ultraviolento. During said tour, he suffered a severe concussion. The concussion kept him out of action and proved so severe that he considered retiring. However, after a brief period of interaction with WWE, as well as undying support from his wife Abigail, the luchador from Chicago continued his pro wrestling pursuits.

Toward the end of 2011, Samuray expanded his reach in Mexico. He debuted for Lucha Libre AAA Worldwide in December, where he worked with the likes of Gran Apache, Daga, and Jack Evans. He was also part of the promotion’s reality TV program, “¿Quién Pinta Para La Corona?,” further broadening his name. In 2012, Samuray’s presence continued to grow, due in part to his appearances in Combat Zone Wrestling and EVOLVE Wrestling, just to name a few organizations. It wasn’t until the tail end of the year that he became a more consistent performer in AAA. Samuray worked heavily with Octagon, the very same man he idolized during his youth.

The Birth of Kalisto

2013 would prove to be the biggest year of Samuray’s wrestling career. In addition to competing for the AAW Heritage Championship during the early months, he participated in Brian Kendrick’s King of Flight Tournament in March. In this tournament that brought together high-flyers from around the world, Samuray bested Paul London, AR Fox, and finally Ricochet to win the affair. He also competed for various independent titles, including the Open the Freedom Gate Championship at EVOLVE 22 against Gargano. By May, reports circulated that he was in negotiations with World Wrestling Entertainment. Not long after, he officially signed with the company, wrestling under his new ring name, “Kalisto.” 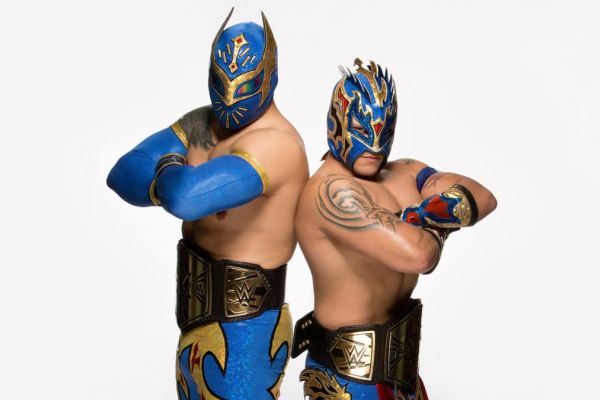 The following year, Kalisto made his WWE NXT debut. In April of 2014, he formed a tag team with fellow masked wrestler El Local; wrestling fans may know him better as Ricardo Rodriguez, the former ring announcer for Alberto Del Rio. They would go on to challenge The Ascension, Konnor and Viktor, for the NXT Tag Team Championship in May, but were unsuccessful. The duo of Kalisto and El Local would dissolve shortly thereafter but the former would go on to find success with another masked grappler: Sin Cara. Together, they became known as The Lucha Dragons.

Success in NXT and Beyond

Later in the summer, Kalisto and Sin Cara teamed up to participate in a tournament to determine the new number one contenders for the NXT Tag Team Championship. By defeating Blake and Murphy, the team of Adam Rose and Sami Zayn, and The Vaudevillains, The Lucha Dragons won the tournament. At September’s NXT TakeOver: Fatal 4-Way, they ended The Ascension’s 364-day reign, winning the NXT Tag Team Championship. They would hold onto the titles for the remainder of the year before dropping them to Blake and Murphy in January of 2015. 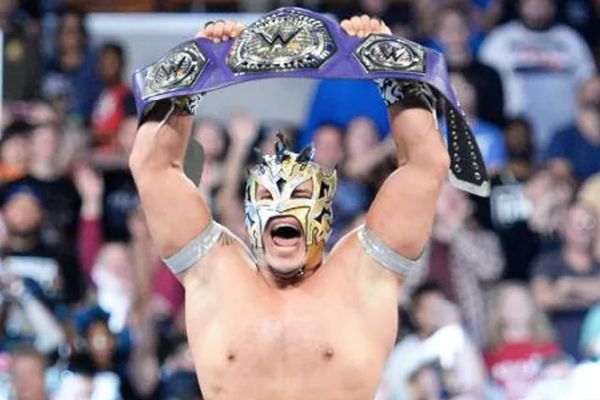 The following February, Kalisto made his main roster debut alongside Sin Cara. They challenged for the WWE Tag Team Championship multiple times, facing the likes of The New Day and Tyson Kidd and Cesaro, but fell short in each encounter. By 2016, Kalisto became more of a singles competitor. As a solo wrestler, Kalisto saw modest success, becoming a one-time Cruiserweight Champion and two-time United States Championship.

What the Future Holds for Kalisto

Currently, Kalisto finds himself as part of a group once more. In 2018, he formed a unit with Cruiserweight Classic competitors Lince Dorado and Gran Metalik to become Lucha House Party. They were involved in multiple programs, ranging from feuds with other teams to a three-on-one struggle with the, at the time, new powerhouse in the form of Lars Sullivan. This past December, Kalisto suffered a shoulder injury that kept him out of action for several months. He returned this past August, reuniting with the rest of Lucha House Party on SmackDown. 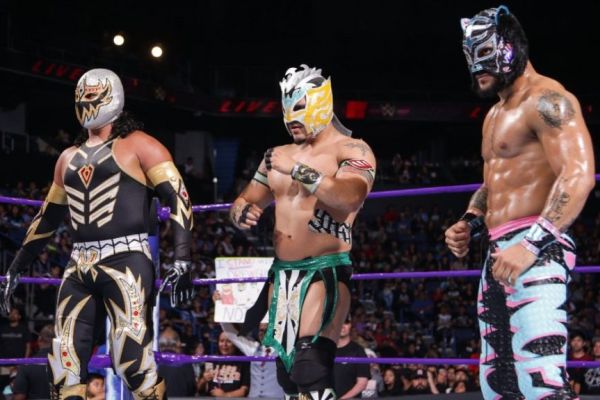 Donning a series of colorful masks, wearing many striking attires, and wrestling with acrobatics and spirit alike, Kalisto has done well in keeping the spirit of lucha libre alive in WWE. He has held multiple championships and wowed audiences with his impressive offense. Though he remains a member of Lucha House Party, one must wonder when “The Lucha Dragon” will spread his wings and fly solo once more? Anyone that underestimates this fearless warrior is likely to get lost in the dust.