It’s day five of the G1 Climax and with just a handful of wrestlers at an undefeated 2-0, it’s still anyone’s guess who might come away from block rounds and emerge victorious in the top wrestling tournament of the year. Here’s a look at what to expect on day five, which marks the third day of action for our G1 Climax A Block competitors. 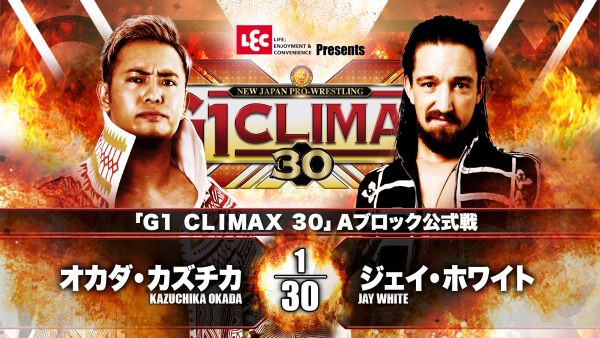 Referring to this as the Jay-1 Climax, Jay White has certainly lived up to the early expectations he set for himself, with wins over Kota Ibushi and Shingo Takagi. But for White, this is the big one. A rematch of one of White’s biggest feuds in NJPW, Kazuchika Okada awaits. And the former champ will certainly come to play as Okada already has one loss in this tournament, falling to Ibushi in a night one match of the year contender. With all the bad blood between White and Okada will White be able to continue his roll as he looks to reach the G1 Climax finals for a second time? Or will Okada get the better of his former faction mate en route to evening his record with White, for what could be the G1 Climax A Block lead? 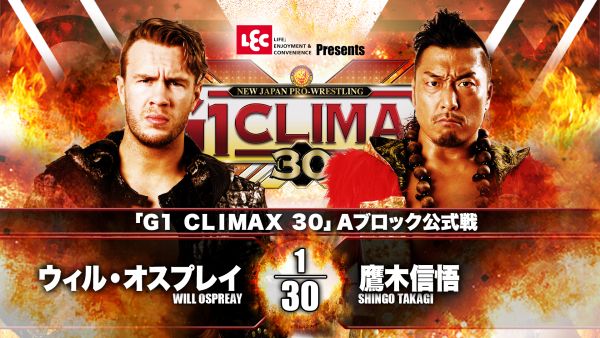 Keeping on the theme of gaijins dominating the tournament thus far, the next match for the A Block pits the undefeated Will Ospreay against the winless Shingo Takagi. Taking losses to Jay White and Jeff Cobb already, Takagi’s road to winning the A Block won’t be an easy one. But the junior heavyweight certainly won’t be deterred especially as he takes on old rival and the man who gave him his first-ever loss in NJPW, Ospreay. Making his NJPW return just in time for the G1 Climax, his second of his career, Ospreay has shown every bit the fire and skill he has brought to the table throughout his time in Japan. From a junior heavyweight standout to making the move up to heavyweight, Ospreay has rarely faltered in the ring. This much was made clear last year when he competed in both the G1 and Best of the Super Juniors, a tournament he won by last defeating Takagi. Out for revenge, will Takagi get his pound of flesh? Or will it be Ospreay who breaks from the pack to take a 3-0 tournament lead? 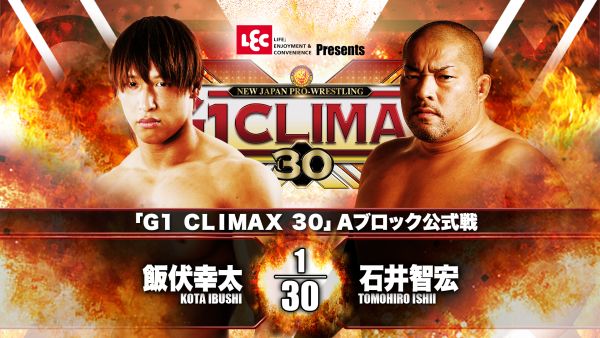 Two of the more beloved wrestlers within NJPW are set to go head-to-head next with an important set of points on the line. For the bruising stone pitbull, Tomohiro Ishii, early losses to Will Ospreay and Minoru Suzuki, don’t exactly have him in the best position to win the A Block. Ishii has had several chances over the years, but winning has simply eluded him and with his next opponent looking to get back to a winning record, it seems it will be tough for the longtime vet to bounce back. One of the early favorites to win the G1, for what would be his second in as many years, Ibushi dazzled in an opening matchup against Kazuchika Okada before running into the buzzsaw that has been Jay White. Sitting on a 2-1 record, Ibushi is by no means out of contention, though a loss to Ishii paired with a White or Ospreay win, does make the road a little murkier. Can Ishii pull off the upset? Or will Ibushi continue to prove why he entered this tournament with favorite status? 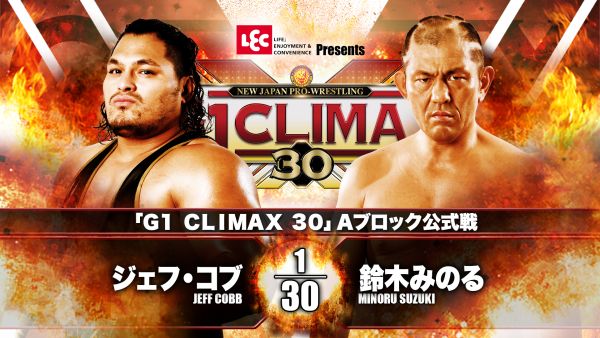 Can anyone say, hoss fight? Because that’s what is bound to happen when Jeff Cobb takes on Minoru Suzuki for the first time ever. Suzuki opened this G1 tournament with a hard-hitting brutal chop war against Ishii, picking up the win before losing his second match to Taichi. Cobb’s G1 started the opposite, though funny enough, his loss also came to Taichi in their first meeting, before Cobb picked up the win against Shingo Takagi. Right now, 1-1 isn’t a bad place to be but with 1-2 looming for the loser, both Suzuki and Cobb will no doubt give this one their all. 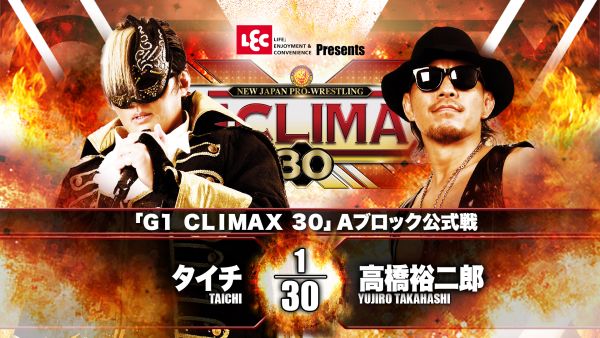 It likely won’t come as a surprise to see Yujiro Takahashi currently sitting on a big fat zero. What may come as a surprise though is just how close Takahashi came to scoring points against both Kazuchika Okada in his first G1 match and Will Ospreay in his second. Takahashi doesn’t have that elusive win but he’s put on good matches and eventually, that kind of momentum will swing your way. But the one with all the current momentum is Taichi. Following up a victory against his Suzuki-gun leader, Minoru Suzuki, Taichi enters this match with two big wins over two imposing wrestlers. Takahashi isn’t exactly that so look for Taichi to impose his will for much of the match. And look for Takahashi to maybe, steal a pin Toru Yano style.