The only night where all championships are defended as WWE presents Clash of Champions this Sunday on the WWE Network. Fans will see a family going at it, partnerships being tested, and rivals going at it one last time for gold. Here’s the full preview for the card. 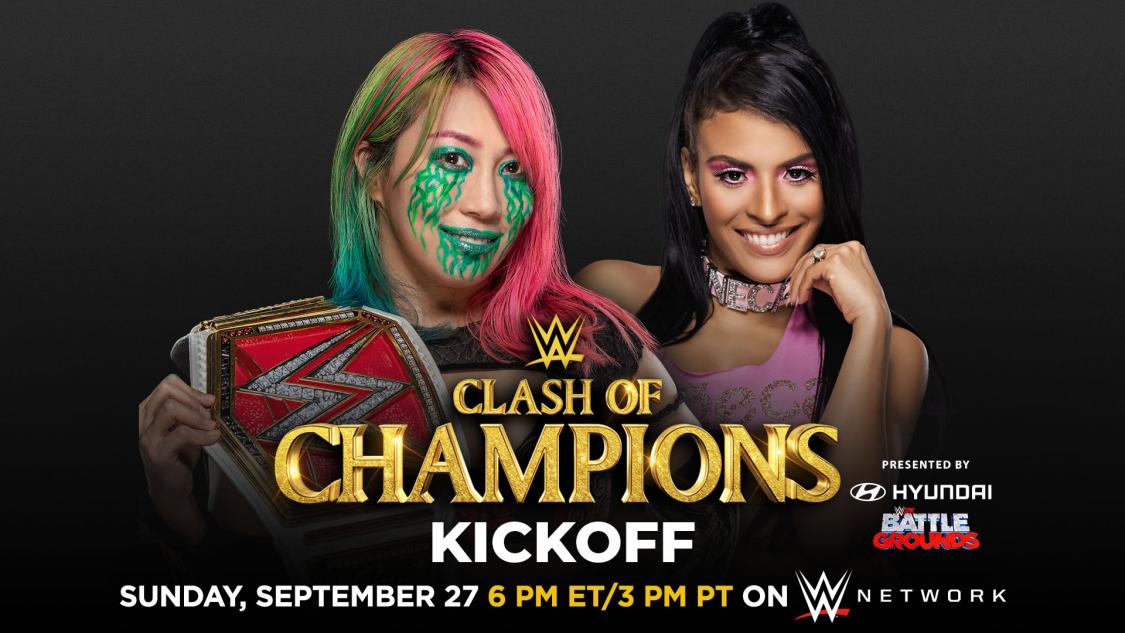 Asuka will defend her Raw Women’s Championship on the Kickoff Show against Zelina Vega. This match is happening after Vega got fed up with her former clients Andrade and Angel Garza, making it clear that she is going to focus on her career now and no one else’s. Asuka and Vega could put on a show, one that hopefully everyone tunes in for before Clash of Champions officially starts. Expect this to be a successful defense for “The Empress of Tomorrow.” 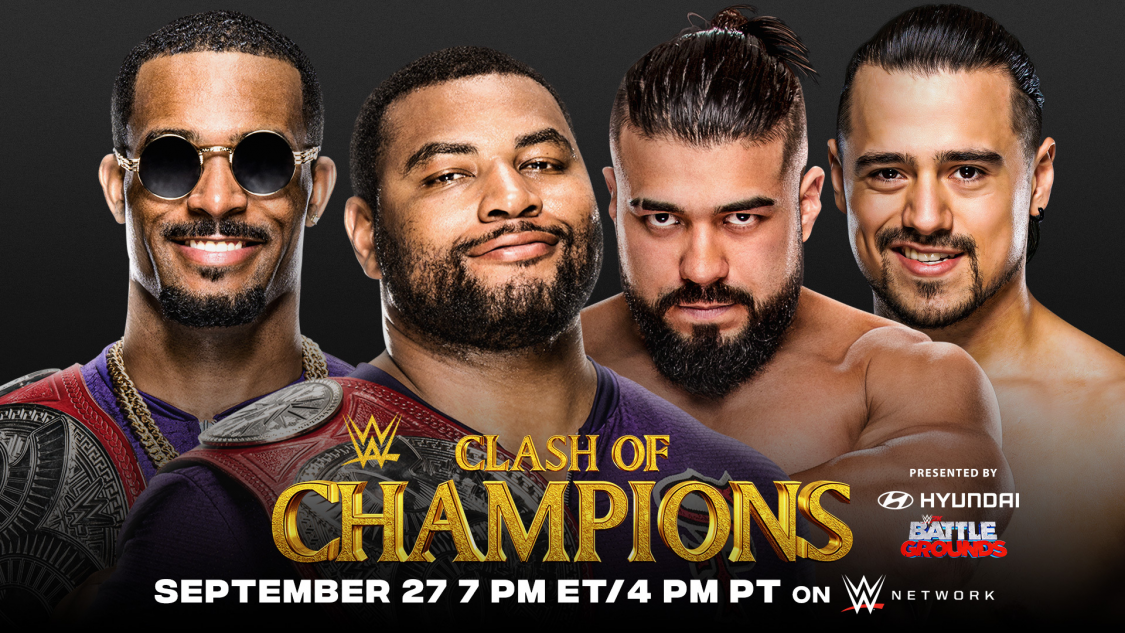 Third times the charm? That’s what Andrade and Angel Garza have to be thinking as they face The Street Profits once again for the Raw Tag Team Championships. As they look to prove their worth with Zelina no longer by their side, they will have to face the most dominant Raw tag team in quite some time. The Profits have been nothing short of excellent in their championship run, showing some signs of greatness (especially Montez Ford) in an effort to be the longest reigning champs of the Raw titles. If one were to guess, money could be on Andrade and Garza either pulling off the huge win or screwing each other over. Seems to be no in between for them. 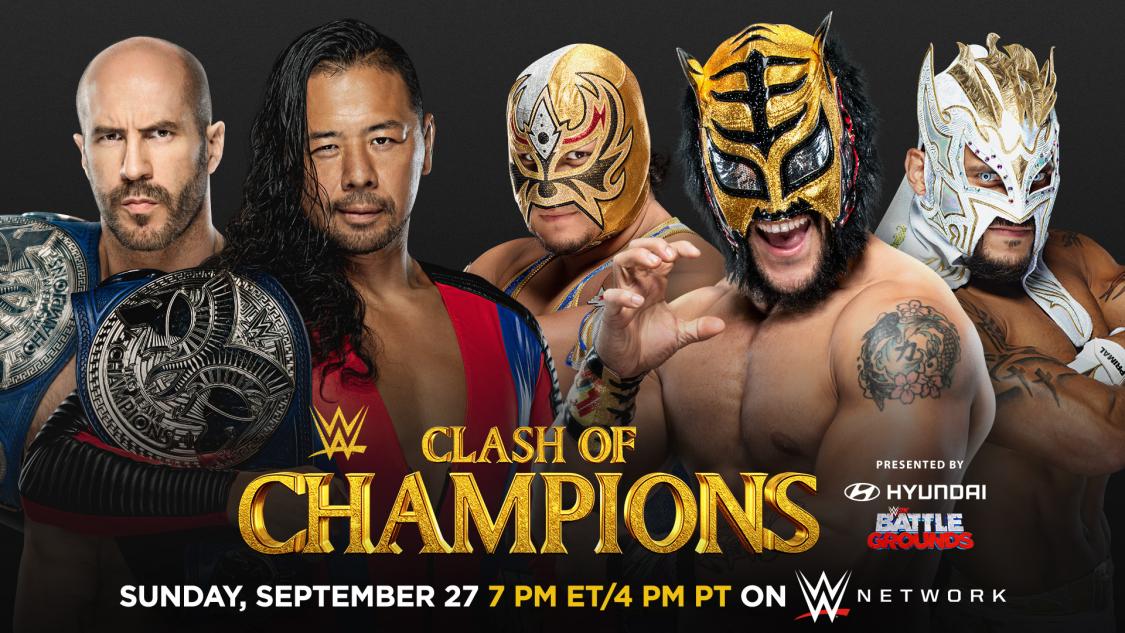 The Lucha House Party seem to be breaking down as we speak, however, they have been cohesive enough to get themselves a SmackDown Tag Team Championship opportunity. Shinsuke Nakamura and Cesaro have only been champions for a couple of months now, expect the run to continue on to new challengers with a successful defense here. 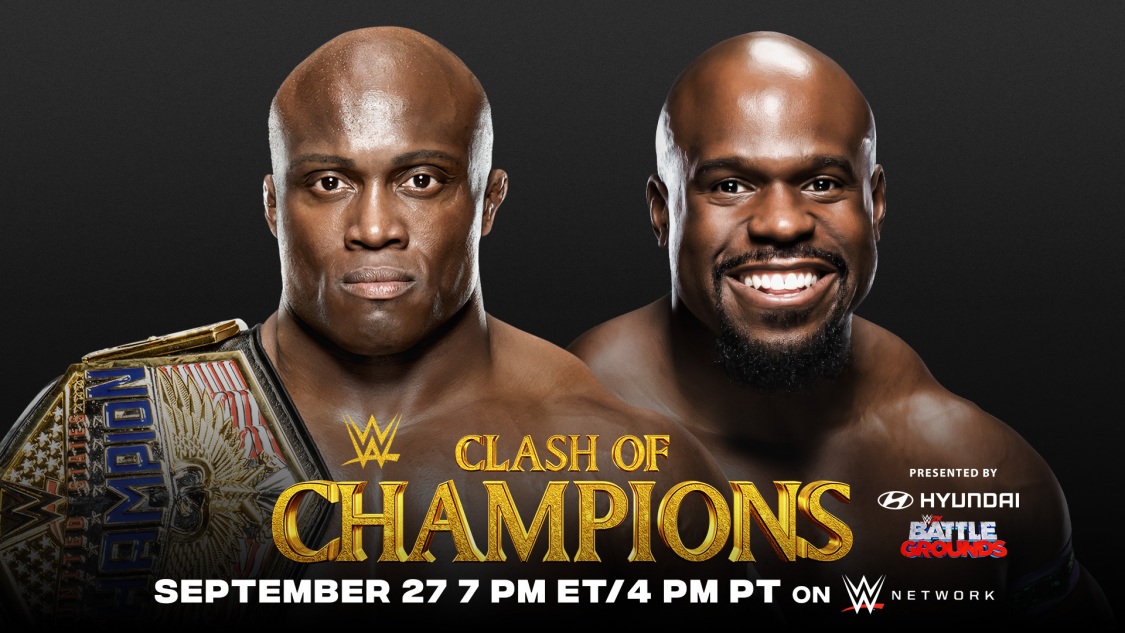 While Raw has been an odd show as of late, the one thing that shines through weekly is the work of The Hurt Business. To keep their momentum going, United States Champion Bobby Lashley must retain his championship against the former champ, Apollo Crews. Lashley has been on a warpath as of late and that should keep going with a win via Hurt Lock over Crews. 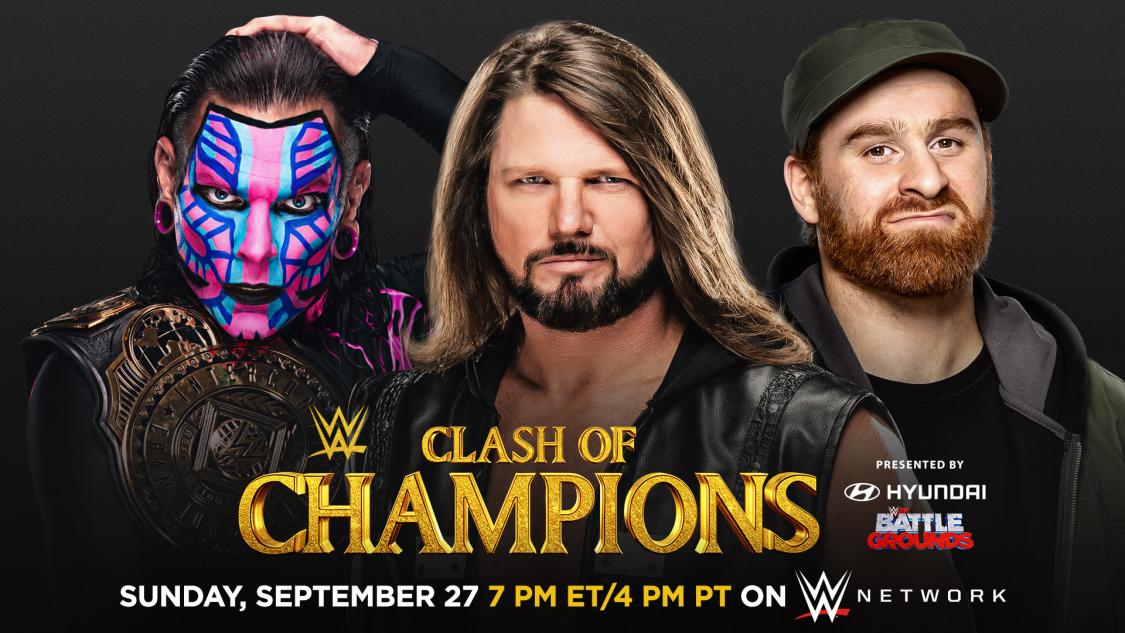 The most interesting and possibly enticing match that isn’t contested for a world title is this one, as Jeff Hardy will defend his Intercontinental Championship against AJ Styles and Sami Zayn in a Ladder Match. Of course, Zayn believes that he should be the champion since he never lost his title and Styles believes he should because of the way he lost it in the first place. No matter, the only way to decide who truly should be champion will be to see who can climb the ladder and take down not one, but two Intercontinental Championships. Anything could happen in this one, especially with Hardy involved. 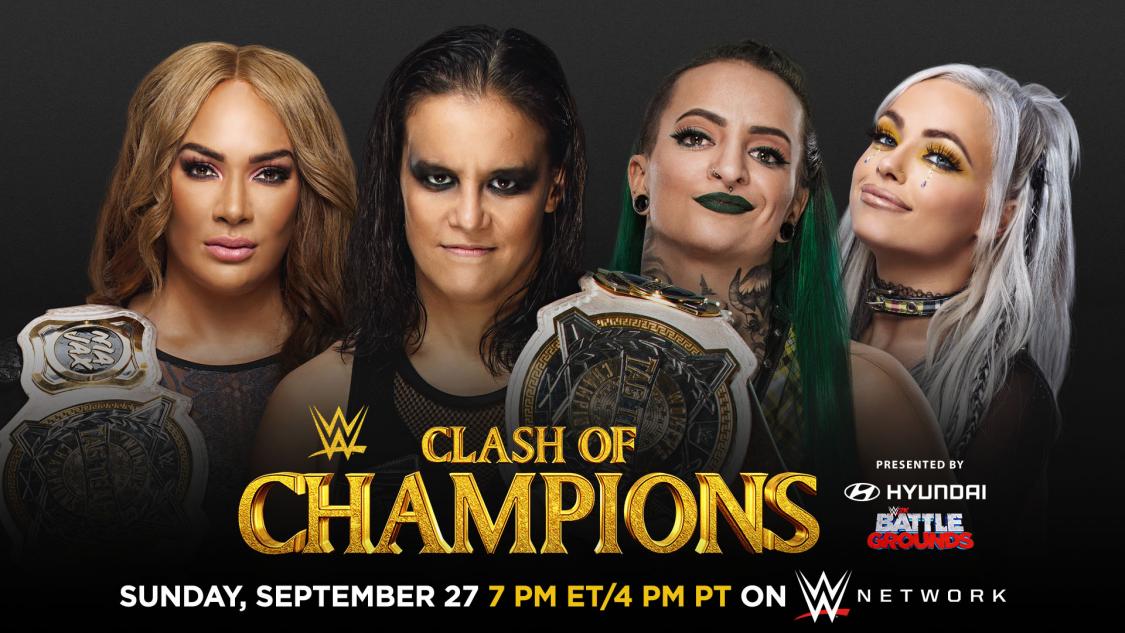 Nia Jax and Shayna Baszler may be the WWE Women’s Tag Team Champions, but you would never know it by their interactions. They have decimated Natalya and Lana back to back weeks, setting their sights on Ruby Riott and Liv Morgan. This is one of those matches that should shock some folks on the quality and interest going in. While it may look like a one-sided affair, expect Riott and Morgan to go down swinging. Of course, there’s the chance Jax and Baszler’s problems lead to failure. 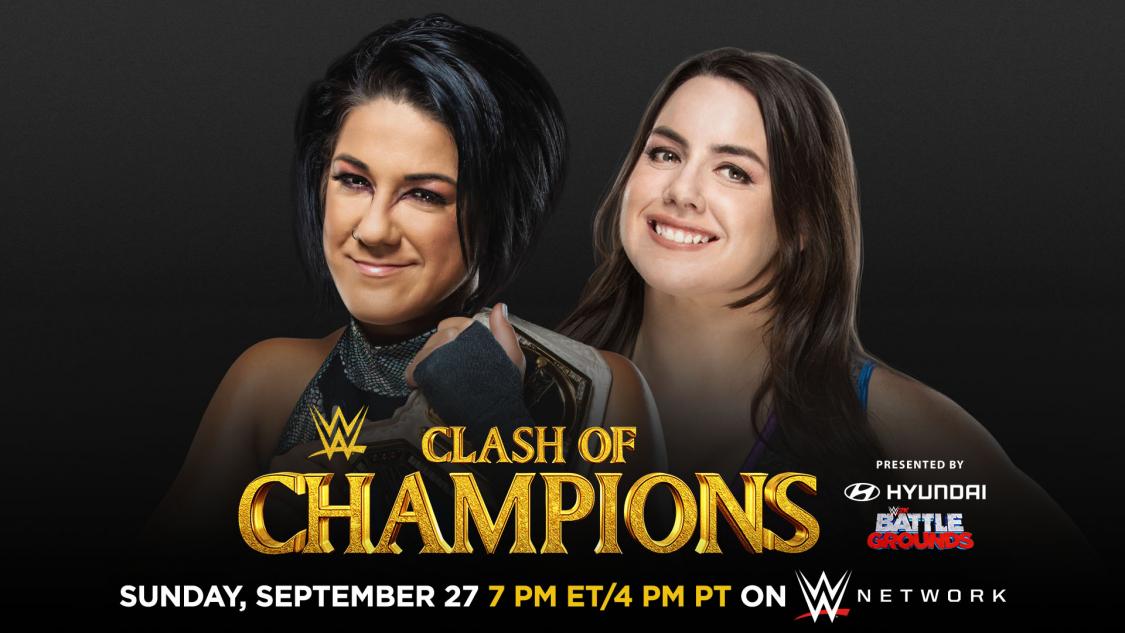 Bayley is on the run of her career, at least when it comes to the main roster. WWE’s MVP of 2020 to this point has been nothing short of spectacular and will now defend her SmackDown Women’s Championship against Nikki Cross. Again. Cross has failed on multiple occasions and it could be a safe bet to assume she will again. What many will be wondering is if Sasha Banks gets involved after being sidelined by Bayley a few weeks back. You also have to wonder if Alexa Bliss will be supporting her best friend after her “Fiend” episode on SmackDown. This Clash of Champions match should be one of the more interesting to watch. 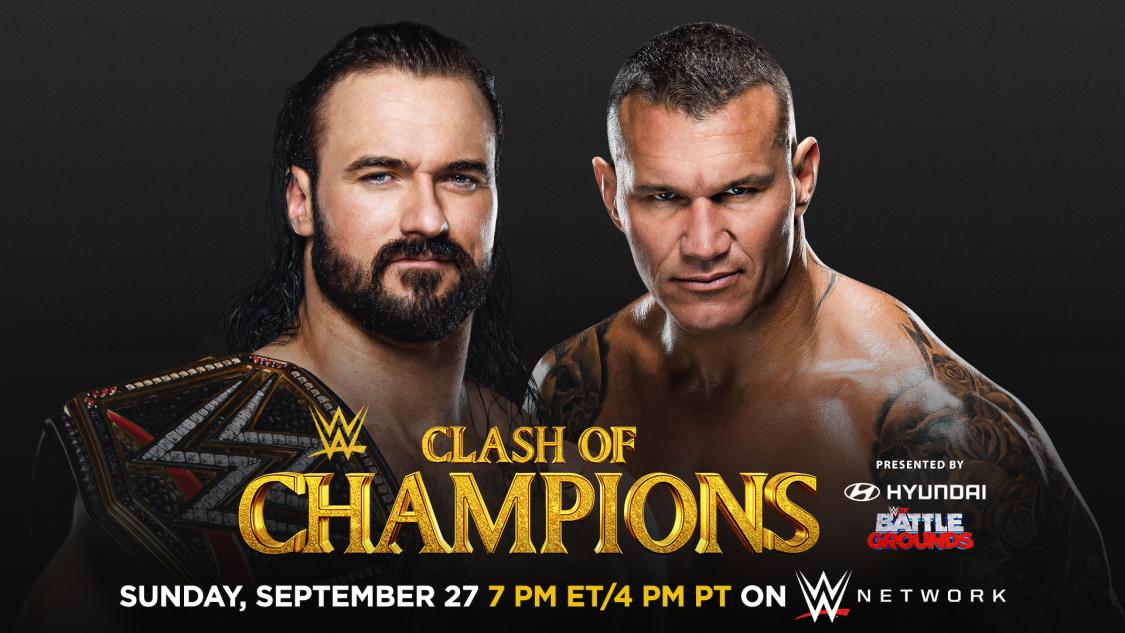 Drew McIntyre and Randy Orton have been in one of the more heated feuds in sometime. They have gone out of there ways to send each other to the hospital, making Sunday’s stipulation make all the more sense. The WWE Championship will be contested in an Ambulance Match, which could mean anything in terms of who walks out as champion. Expect carnage, destruction, and anything else you can think of as these two tears one another apart. 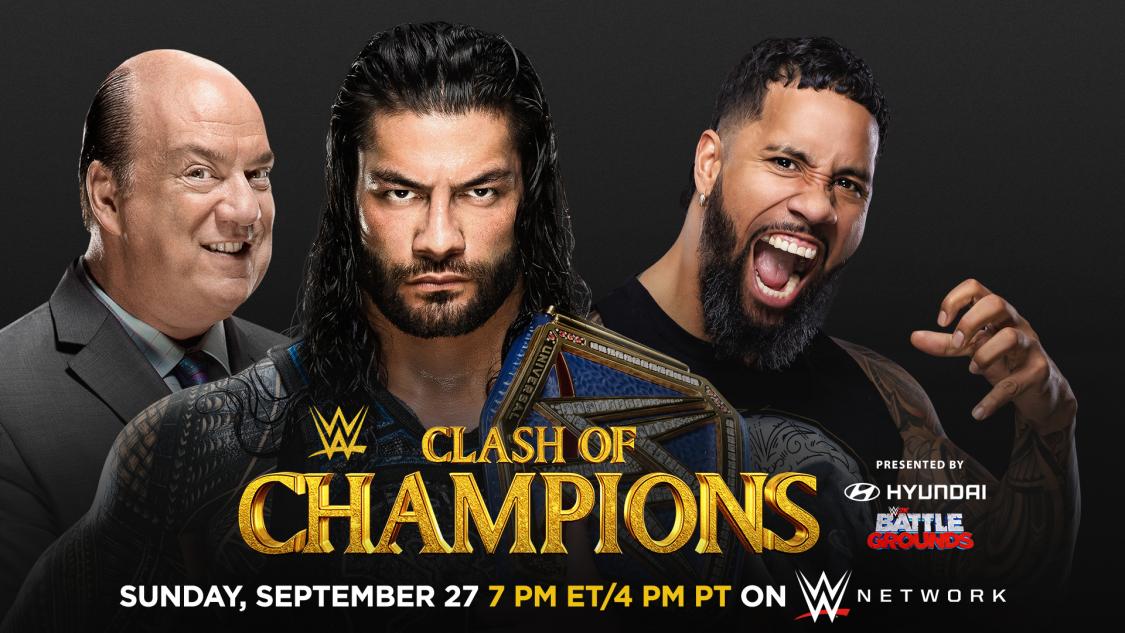 Clash of Champions has one of the more premiere matches of the entire year. Roman Reigns will defend his Universal Championship against his cousin, Jey Uso, in what should be the main event of the evening. This angle has been nothing short of brilliant and the match should be the cherry on top in terms of delivery. On Friday night, Reigns finally laid a hand on Jey, telling him that there is no way he is taking that championship away from him. Uso may be the ultimate underdog, but what he’s made clear is that he is going to go down swinging. This should be the match of the night.

The Rock Agrees To Send A Greeting For Ken Shamrock’s IMPACT Hall Of Fame Induction
Before They Were Famous: Kalisto