Match Point is an on-going series at Last Word on Pro Wrestling, where we look at intriguing matchups in indie wrestling and beyond. They may be dream matches, first-time matchups, or hotly anticipated rematches. In this edition, we will take a look at the upcoming TNT Championship match, with “The Exalted One” Brodie Lee defending against “Freshly Squeezed” Orange Cassidy.

On this week’s episode of AEW Dynamite, the TNT Championship is up for grabs. This may be the most unique match-up of the night, too. The reigning titleholder and leader of The Dark Order, Brodie Lee, will put his title on the line against the carefree “Freshly Squeezed” Orange Cassidy. On the surface, this is an odd match. However, it’s important to note that there is a degree of history to look back on.

At All Out 2019 in August, Evil Uno and Stu Grayson of The Dark Order defeated Best Friends, Trent Beretta and Chuck Taylor. Post-match, The Dark Order looked to administer further punishment. Before they could, the lights went out. Once the lights reemerged, standing in the center of the ring was Orange Cassidy, who received a loud ovation in his AEW debut. Cassidy took the fight to The Dark Order’s henchmen. “Freshly Squeezed” aligned himself with Best Friends, quickly becoming one of the most popular stars in AEW. 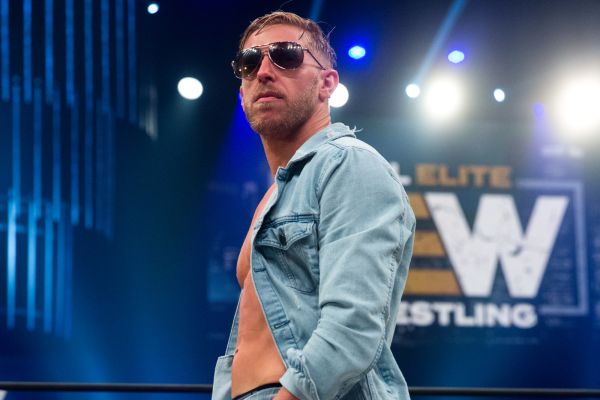 Since his debut, the popularity of Cassidy only grew. It came to an incredible high during the summer, when he entered a program with inaugural AEW World Champion Chris Jericho. Taking umbrage with Jericho’s criticisms of his style, Cassidy showed rare intensity, taking the fight to not only “Le Champion” but The Inner Circle as a whole. Cassidy’s feud with Jericho concluded earlier this month at All Out 2020 in a Mimosa Mayhem Match. A little over one year since his AEW debut, Cassidy bested Jericho, obtaining his biggest victory yet.

Meanwhile, The Dark Order’s influence in AEW grew. The group spoke of “The Exalted One,” their leader that would only spread the influence in question further. After much speculation, questions were answered this past March when Brodie Lee made his AEW debut. From there, Lee commanded The Dark Order with an iron fist. He even physically assaulted members of the group if he deemed it necessary. Lee would also attempt to recruit AEW talent, “Hangman” Adam Page included, to become part of the group, subtlety threatening them otherwise. 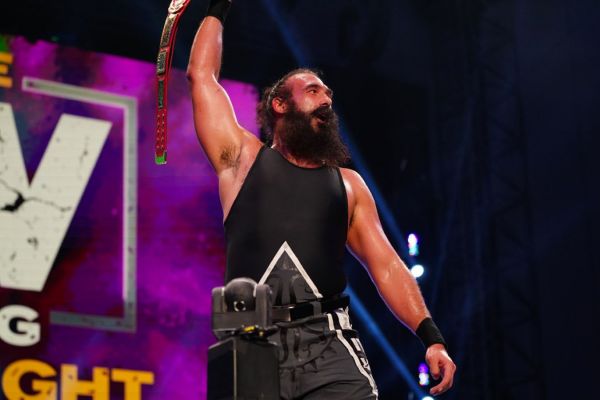 As the months went on, The Dark Order’s numbers grew. The likes of Anna Jay and Colt Cabana would enter the group. However, Lee’s greatest accomplishment in the company would take place on the August 22nd episode of AEW Dynamite. In what could best be described as a dominant showcase, Lee handily defeated Cody for the TNT Championship. This dominance would continue the following month, when Lee defeated Cody’s brother, Dustin Rhodes, retaining the TNT Championship in the process. “The Exalted One’s” recent success can’t be denied. That said, it’s safe to assume he hasn’t faced anyone quite like Orange Cassidy.

In this match, Cassidy will pick up where he left off with The Dark Order. This time, however, the group is led by the tyrannical TNT Champion. It’s also important to note that, last week on AEW Dynamite, Cassidy assisted Best Friends in their Parking Lot Fight against The Inner Circle’s Santana and Ortiz. Cassidy would be wise to stay vigilant; The Inner Circle may attempt to interfere in his first title match in AEW. Throw in potential interference from other members of The Dark Order and it’s safe to say “Freshly Squeeze”’ will need to keep his head on a swivel.

Like any cult, The Dark Order focuses on those that have felt lost or longed for a purpose. Simply put, they prey on moments of mental and emotional weakness. Orange Cassidy is a unique case in that, simply put, he doesn’t care what others think of him. His lethargic personality is indicative of this. However, he has proven that he can ramp up the energy if need be. If his goal is to defeat Lee for the TNT Championship, Cassidy will have to bring the same intensity that helped him triumph over Jericho. Expect this match to showcase a unique clash of styles.