The G1 Climax Tournament is the biggest tournament for New Japan Pro Wrestling. Consisting of two blocks of ten wrestlers. New Japan will crown a new contender for the double IWGP Heavyweight and IWGP Intercontinental Championship match at Wrestle Kingdom in 2021. Today, we take a look at the wrestlers in B Block. 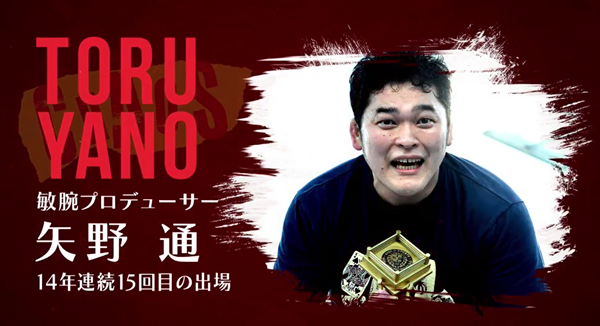 Since the pandemic began, lovable star Toru Yano has been a busy man in the undercard of tournaments and even just the normal product. But as of recently, Toru Yano has set his sights on the trios championship with Kazuchika Okada and Sho. After failing to gain those titles, he goes into this tournament with a bit of a high. At the last big show for New Japan, Toru Yano would win the KOPW title for New Japan in a major upset. Something that might be considered a theme for Toru Yano. Toru Yano was one of the men who pinned Jon Moxley when he was in the G1 last year. It could be expected that a theme of major upsets could continue for the man who doesn’t have any potential in actually winning the tournament. Yano’s biggest obstacle will most likely be either Sanada or Tetsuya Naito. Both men are notorious for giving Yano a hard time. 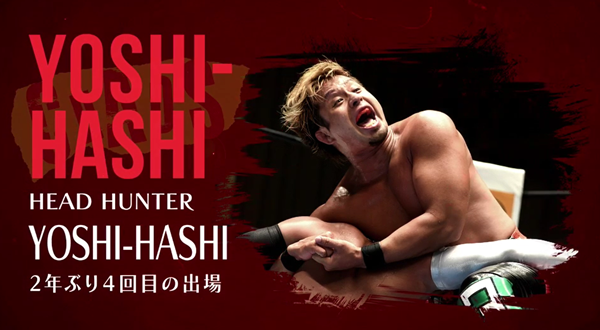 YOSHI-HASHI has been having what could be seen as a career revolution in the year 2020. As it was the year in which he finally won his first-ever championship. While that was the trios championship, it was a moment that many fans were waiting for. YOSHI-HASHI is going into this tournament on a major high and upset victories are a theme of YOSHI-HASHI. In 2016, he was one who pinned Kenny Omega (the winner of the G1 that year). YOSHI-HASHI is finally finished with the CHAOS vs CHAOS story and looks into this G1 Climax with determination. Even if he doesn’t have the potential of winning the tournament whatsoever. YOSHI-HASHI’s biggest match of the tournament however will be against either Hiroshi Tanahashi or Tetsuya Naito.  He will also be facing his partner Hirooki Goto in the tournament, while also facing off against one of his rivals of Toru Yano. 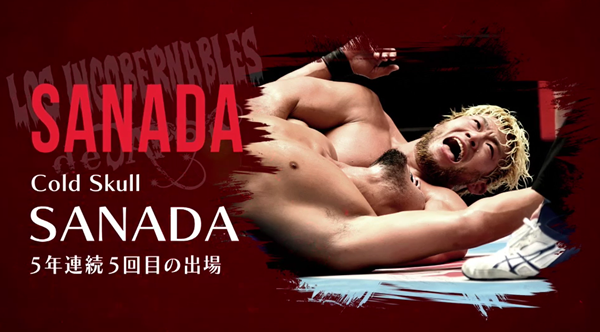 SANADA has been part of New Japan since 2016, he was a tag competitor for a very long time, until becoming a potential main-event star in 2018. Most notably having a series with Kazuchika Okada in 2019. In 2020, SANADA hasn’t had the best of luck after losing to both Zack Sabre Jr. and Jay White on two separate events. SANADA continued to be the one member of LIJ that did not hold any gold. His biggest success was being a semi-finalist in 2019’s New Japan Cup. Where he would lose to Evil which was a precursor to the Bullet Club Re-Revolution of 2020.

SANADA meanwhile hasn’t been doing much. In this tournament, however, SANADA is part of the block of LIJ. SANADA will be facing off against the leader, Tetsuya Naito, and facing off against Evil, the man who betrayed LIJ. In a way, SANADA vs. Tetsuya Naito is one of the most interesting parts of this tournament as it’s a fresh match for the tournament. SANADA could also get revenge on Evil. SANADA doesn’t have the potential to win the tournament. But he might pull off a major upset against Tetsuya Naito to cause a possible title match, as he did with Kazuchika Okada last year. 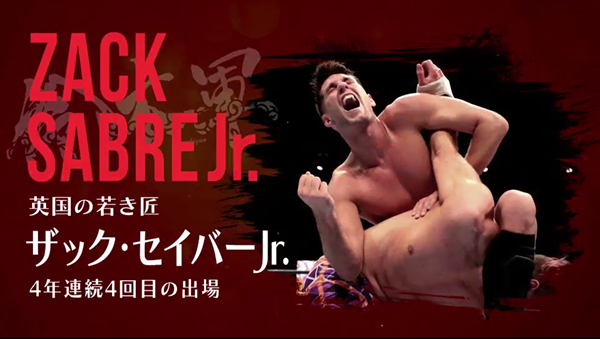 Zack Sabre Jr was one of the foreign talents that stayed in Japan for the pandemic.  Once NJPW returned, Zack Sabre Jr as part of the Dangerous Tekkers tag team with Taichi became IWGP Heavyweight Tag Champions. The tekkers spend the summer feuding with Tanahashi and Kota Ibushi.  In this tournament, Zack Sabre Jr will be reviving that feud with Hiroshi Tanahashi and most notably his old grudge with Tetsuya Naito. The feud of Zack Sabre Jr and Tetsuya Naito has been known as the feud where Sabre almost always wins (thanks to Naito’s dodgy knees). Last year, Sabre even eliminated Naito from the block. Sabre has the potential to go far in this tournament, the matches with Naito and Tanahashi are his most important bouts. Elsewhere, Sabre vs. Juice Robinson could be fun. 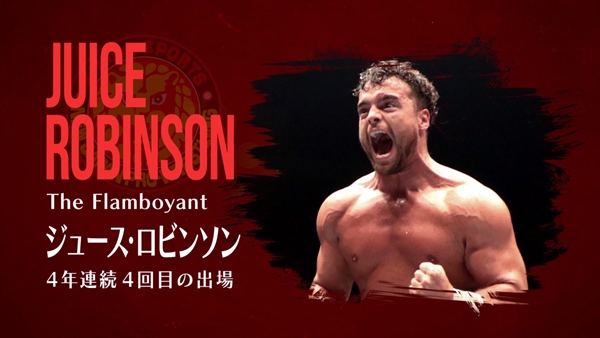 Juice Robinson has stayed in Japan for the past few months but hasn’t been part of New Japan since the pandemic peaked. Even whenever New Japan made his return, Juice never returned to the company. This is his return to New Japan for the first time since losing the IWGP Tag Champions to the Guerillas of Destiny in early 2020. Juice Robinson going into this tournament is healed up and prepared for fresh matches. Juice will also be reviving feuds with the likes of Hirooki Goto and Tetsuya Naito.

While Naito won the last match between the two Juice vs. Naito could be one of the bigger matches of the tournament. Elsewhere, Juice Robinson will also face compatriot Hiroshi Tanahashi. In previous years, Juice Robinson has not had the best luck in the G1 Climax. But Juice did eliminate Jon Moxley from the G1 Climax last year. Juice doesn’t have a lot of potential to win this tournament. But he could be another upset maker of this tournament. Should be a very interesting run for Juice. 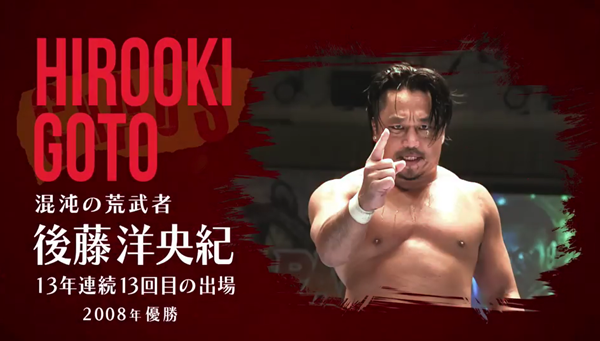 Before New Japan became extremely popular in the 21st century,  Hirooki Goto was in a famous feud against Hiroshi Tanahashi. The two had a series of matches that would define Tanahashi as the Ace of New Japan. Hirooki Goto and Tetsuya Naito on the other hand have a history going back to Naito’s first IWGP Heavyweight Title win in the New Japan Cup 2016 Finals. Since then, the rivalry between these two hasn’t been revived in any way, until now. However, Hirooki Goto is a major favorite for this block, for the simple reason of past success and being in multiple finals matches. 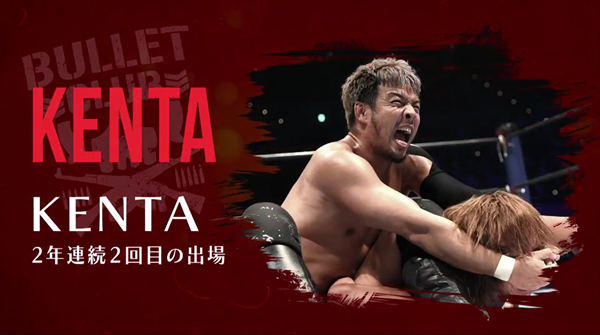 In 2019, KENTA made his debut for New Japan around the G1 Climax last year. After having a disappointing run where the crowd turned against him, KENTA would turn on Katsuyori Shibata and join Bullet Club. KENTA would win the NEVER Openweight Championship, lose it to Hirooki Goto and go on to be Tetsuya Naito’s first opponent for the double titles. KENTA since then has been part of the brand new New Japan of America project. Most notably winning the New Japan Cup US where he’s the current contender for the IWGP US title. This marks KENTA’s return to Japan for the first time since that loss against Naito. KENTA however isn’t the favorite member of Bullet Club for this tournament but will face Evil for the first time ever in this tournament. KENTA will also be reviving his feud with Hirooki Goto and face off against Hiroshi Tanahashi and Zack Sabre Jr for the second time. However, what is the most important match for KENTA is his bout against Naito as the potential of brand new challengers to be made by beating Naito is always there. Will he cause major upsets within the tournament? Yes. But will he potentially win the block? Not likely. 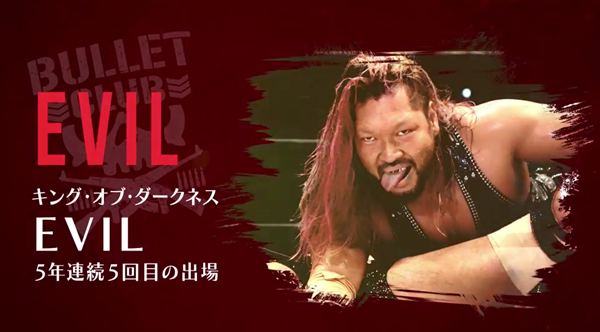 The final three men in this tournament are considered the heavy favorites of the tournament, firstly. The second double champion, Evil. Evil for the past few months has been having a career revolution. After defeating Kazuchika Okada in the finals of the New Japan Cup, Evil would turn on Tetsuya Naito and go on to win the double championships in one of the biggest upsets of New Japan this year. His championship reign would last only three months however when he dropped the titles back to Tetsuya Naito. Evil has become one of the key favorites for this tournament, simply due to the impact that he has had for the company the past few months.

While the Nairo rematch is his biggest match of the tournament, what needs acknowledgment is his future match with Hiroshi Tanahashi. Someone who Evil has lost to a lot over the past few years. Other than that, Evil will be reviving his feud with Hirooki Goto and face off against SANADA. SANADA vs. Evil is one of the more important matches of the block, considering this will be the first singles match for them since the major turn. Evil will most likely go far within this tournament, possibly even the finals if he goes the distance. 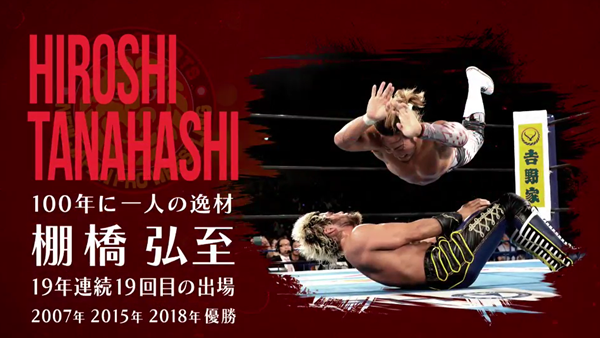 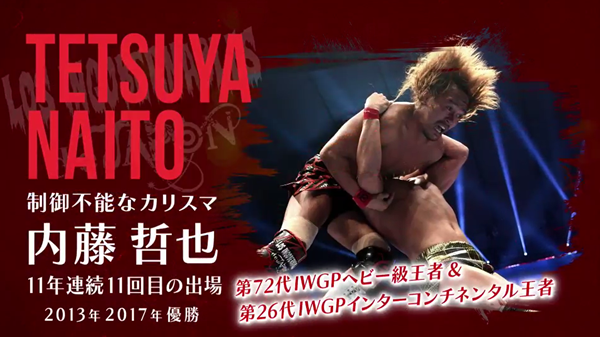 Tetsuya Naito for the past 5 years has dealt with a career transformation. From being the lovable stardust genius to the leader of Los Ingobernables De Japon. He would become IWGP Intercontinental Championship multiple times and even hold the IWGP Heavyweight Championship once. But he always lost at the key moments and couldn’t regain the heavyweight championship. That all changed in 2020 when he would defeat Kazuchika Okada at Wrestle Kingdom 14 and win the IWGP Heavyweight Championship, finally having his big moment. While he did lose the double titles briefly he did win them back heading into the G1. Since then, Naito has become a target in this tournament for potential title contenders. While the focus of this tournament is to crown a contender at Wrestle Kingdom. People that defeat a champion in the G1 often challenge for their title at Destruction or King of Pro Wrestling later on in the year.

Tetsuya Naito’s biggest matches will be against Evil and Hiroshi Tanahashi. Two of the major favorites for this tournament. However, that doesn’t mean Sabre wouldn’t want to cause a major upset. Naito has faced off against practically everyone in this tournament. Except for maybe not more than 2 matches against YOSHI-HASHI and fellow LIJ compatriot, SANADA. SANADA vs. Tetsuya Naito could also be a defining match of the tournament due to the faction member vs faction member story. Even the eventual rematch of Tetsuya Naito vs. Evil itself could be a major factor in G1 Climax this year. Will Tetsuya Naito win the G1 Climax? It is unlikely. With recent trends, the G1 Climax is very rarely won by the champion going into the tournament. But… that doesn’t mean it isn’t possible. All will be known in the biggest tournament of the year. 19 Nights of Consistent Action in The G1 CLIMAX.