For around a year, the Virginia-born Chris Bey became a familiar face to fans of IMPACT Wrestling, as he appeared sporadically between 2018 and 2019 as an enhancement talent. Your writer remembers one specific match prior to the 2019 Bound For Glory pay-per-view Bey had against the then-X Division Champion, Jake Crist, a match that Bey excelled in. In saying that, it came as truly fantastic news when IMPACT confirmed they had officially signed Bey to a contract earlier this year, just before the global pandemic fully kicked in. Despite the unfortunate circumstances, ‘The Ultimate Finesser’ has already made the most of his time as an official IMPACT performer, considering he’s only been officially signed since March, and is already a former X Division Champion.

Last Word on Pro Wrestling recently had the opportunity to chat to Chris Bey, where he discussed what IMPACT Wrestling meant to him as a child, the diversity of the X division, signing with IMPACT and lifting the X Division Championship, Johnny Swinger, Sonjay Dutt, and much more!

Fans of ‘The Ultimate Finesser’ will be aware that there’s a video around online of Bey, in his youth, opening a replica version of the Total Nonstop Action (TNA) World Heavyweight Champion, the title he one day dreamed of holding. Around this time, there were a handful of other companies that could have drawn Bey’s attention, however, he opted to follow TNA specifically for one very particular reason. “I think it was the X division in general, the speed of everybody, the size of everybody, the difference of the company versus everything else”, is what Bey had to say, adding that while the six-sided ring made TNA unique back in the day, it’s not a ring he had any desire to wrestle in himself. “It was enough for me to want to tune into next week”, as many fans of the X division will agree on.

After being used countless times to put officially signed IMPACT talent over, Bey received his own contract offer from IMPACT management. “Honestly, not to say I expected it, but it was what I was working for, for about a year at that point”, proving Bey’s dedication to his craft. “I did my first work for IMPACT in November 2018, and from that point until signing with the company, my goal was to sign with IMPACT Wrestling”. Prior to his official signing, Bey also appeared for both Ring of Honor (ROH) and WWE, where he competed on 205 Live, however, IMPACT remained the goal he put his motivation towards. “Every time they’d come to Vegas, I’d do work with them, or when they came to California, I’d do work with them. It was just something that I really wanted”. Closing off the question, Bey added, “When I finally got the offer, it was like a sort of validation of all the hard work I had put in, not just my whole career, but that last year of chasing that exact goal”.

Coming into a division that once hosted the likes of AJ Styles, Christopher Daniels, Samoa Joe, Jay Lethal, and Petey Williams was never going to be an easy task, regardless of who you are. Talking about any pressure he felt regarding his official arrival to IMPACT, “I think we all feel pressure, to a degree. I consider myself a pressure player. I started saying that phrase maybe around summer 2019 because we all are performing under a lot of pressure, whether it’s from our peers, whether it’s from ourselves, whether it’s from fans who are watching all over the world”. The phrase ‘pressure player’ perfectly describes the work ethic of ‘The Ultimate Finesser’ as he continuously rises to the occasion to outdo his last performance, and perfect every aspect of his career. “I never try to do comparisons with people who have come before me, I just try to make sure I’m doing my best performance because I know my best will always be good enough” – everyone should be able to take this bit of advice from Bey.

Just four months into beginning his official IMPACT career, Chris Bey found himself with perhaps his biggest career opportunity to date, as he challenged Willie Mack for the X Division Championship at Slammiversary, IMPACT’s second-biggest pay-per-view of the year behind Bound For Glory. Not only did he challenge ‘Chocolate Thunder’, but he also left the venue that night with the title firmly around his waist. “So for me, that’s always been my favourite IMPACT show that they offer. For me to fight for the IMPACT X Division Championship at Slammiversary was just insane in itself, but then to actually capture the X Division Championship, once again it’s just that validation. There is no other me, and my time is right now. 2020, as weird a year as it is, in terms of the wrestling landscape, me signing with IMPACT and me winning the championship, that’ll never be taken away from me”, showing just how grateful Bey was for such an opportunity. “Even on my way back to the hotel, I remember going on Google to check out the history of the championship, and I remember reading, ‘first champion AJ Styles, current champion Chris Bey’, and even that was enough for me to be like woah”. 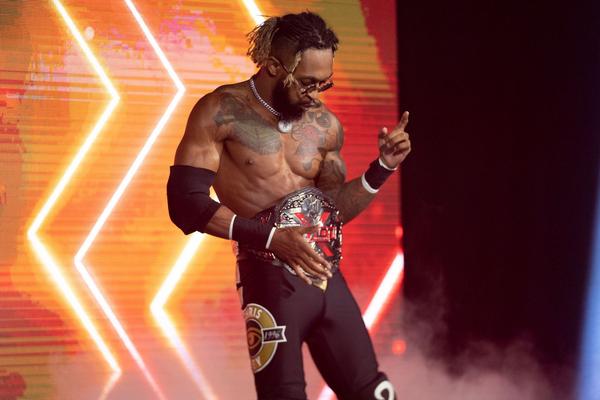 In the current landscape of IMPACT Wrestling, it feels as if the company has been reborn as a whole new entity. Gone are the days of people bashing the promotion for a plethora of reasons, as we now live in a time when IMPACT is once again treated as a major deal by wrestlers and fans alike. Talking about the atmosphere behind the scenes at IMPACT, Bey stated, “It’s amazing, it’s probably the reason why I wanted to come to IMPACT. It’s no secret that I’ve worked in other organisations, but as far as whenever I came to IMPACT, it was always where I wanted to go because I felt the best energy in the locker room. I felt like everybody was on the same page”. With a roster packed to the brim of talents wanting nothing but the best for the company that’s providing them with a place to do what they love, it’s no surprise that this is the sort of atmosphere backstage at an IMPACT Wrestling show. There isn’t a single person on the roster who still thinks of IMPACT as being in the olden days when no-one gave the promotion a second look. “This current team is working their very best to improve and show the world that we are the best. As soon as I felt the energy, I knew that’s exactly where I wanted to be. People feel like I’m an asset to the team”.

One of the first things fans saw of Chris Bey once he had officially signed the IMPACT contract was quite a random partnership form between he and Johnny Swinger, known as The Finesse and Bench Press Express. Despite the vast differences between the duo, Bey has fond memories of his team working with ‘The Swing Man’. “I learned to have fun working with Swinger. I’m being new to TV, so he definitely helped me relax a little bit more. He’s a crazy character, he’s a cool cat. Being around him definitely took some of the weight off my shoulders and just be free, and let some of my natural personality shine. Maybe I learned a couple of things in the finesse division, he keeps the gimmicks in the fanny pack”. Pro tip for any future stars working alongside Swinger – go straight for the fanny pack. “My thing to take away from working with him was to just be myself, and have fun out there”.

Unfortunately, Chris Bey came into IMPACT Wrestling just before the global pandemic really began to take its toll on the world, resulting in the majority of his IMPACT career thus far playing out in front of no live audience, however, this isn’t something he let get to his head. “It’s weird, man, but at the same time, we will always have more people watching at home than we do in attendance anyway, and that goes for anybody. For me, it’s given me a chance to not only work on my television performances, but find different ways to connect with audiences at home, and really let my personality shine, not just my wrestling abilities. It’s no secret that I’m a really talented wrestler, I just came from the gym before doing these interviews, I’m always working on my body, on my in-ring abilities. It’s that character stuff that has really been able to shine through so fans can have a deeper understanding of who ‘The Ultimate Finesser’ is through what I’ve been able to portray onscreen”.

Speaking earlier of former IMPACT talents, Bey stated, “I thought Samoa Joe was super badass. He was unbeatable, undefeated, he had the X Division Title. I just thought it was pretty different to everything else I had seen”, however, if he could choose anyone from the past to return to an IMPACT Wrestling ring for a match with himself, he’d choose Sonjay Dutt. “I tweeted about this the other day, I was tweeting about how I just miss seeing Sonjay Dutt wrestle. I think it would be really cool for me to get in the ring with Sonjay, I was a huge fan of his in the later 2000s, and it would be cool for me, personally, to get a match with Sonjay Dutt”.

To round things off, Chris Bey has high hopes for his future in IMPACT Wrestling, but it all begins with regaining his Finesse Division Championship from Rohit Raju. “Once I get that back from Rohit, you know, possibly Option C, or as I like to call it, Option CB, heading for the World Championship. I’ve made it no secret that I want the World Championship, that’s something that I need to check off my bucket list, and put onto my resume that Chris Bey is a World Champion. If you don’t believe me, you gotta tune in on Tuesday nights on AXS TV, on Twitch, on the IMPACT Plus App. I’m a man of my word, I said I was gonna come in, be the first Finesse Division Champion, I did that, and now I’m telling you I will be IMPACT World Champion”. 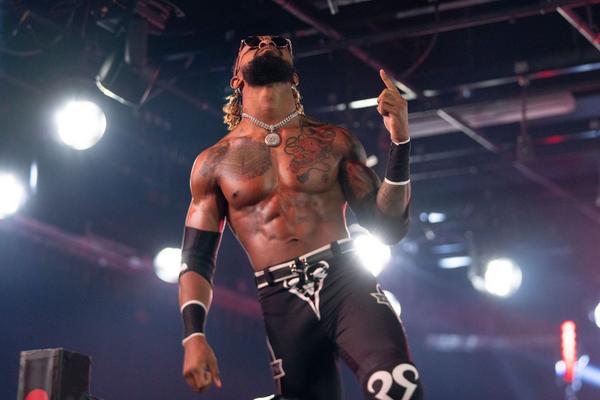 Clearly, Chris Bey isn’t a man to be taken lightly. Last Word on Pro Wrestling would like to take this opportunity to thank ‘The Ultimate Finesser’ for taking the time to talk, as well as Simon Rothstein for organising the interview. A reminder for UK fans that IMPACT Wrestling is available to watch for FREE as part of the free tier version of the IMPACT Plus app.