The G1 Climax Tournament is the biggest tournament for New Japan Pro Wrestling. Consisting of two blocks of ten wrestlers. New Japan will crown a new contender for the double IWGP Heavyweight and IWGP Intercontinental Championship match at Wrestle Kingdom in 2021. Today, we take a look at the wrestlers in A Block. 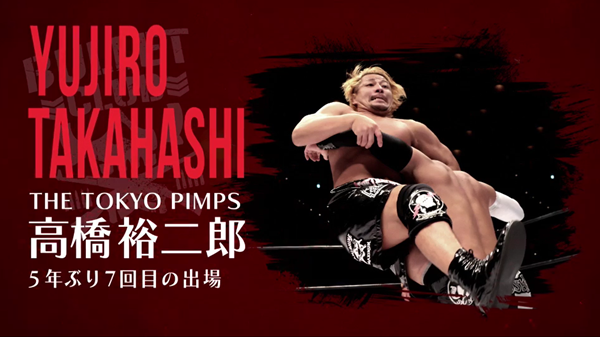 Since New Japan came back from break, Yujiro Takahashi has been more active than he’s been in years. Getting mostly involved in a feud against Kazuchika Okada. While he has almost always been the pin-eater of every match he’s in, Yujuro Takahashi this year is making his G1 Climax return. The last time Yujiro competed in this tournament was 2015. While he has no potential of winning the tournament, Yujiro Takahashi seems to be even more determined to be treated like a bigger deal within the company. Yujiro’s biggest match could be against Okada to revive the previous rivalry, but what also could make him stand out is reviving his rivalry with Ishii. While he most likely won’t receive one victory within the tournament, it should be fun to watch him weasel his way into possibly one win. 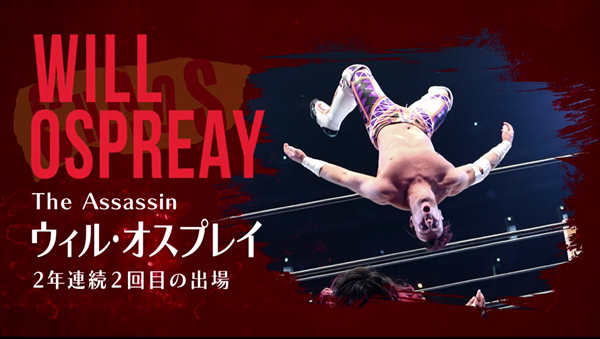 For the past couple of Months, Will Ospreay has been home in the United Kingdom. He hasn’t done anything for the company in over six months, but will make his return to the company in the G1 Climax tournament. Will Ospreay will face off against Yujiro Takahashi in the opening round of the tournament. Ospreay’s return also marks the return of many of the foreign talent that was missing in New Japan that past few months. Will Ospreay’s biggest match will be against Kazuchika Okada on Day 17 of the tournament. He will also face guys such as Tomohiro Ishii and Minoru Suzuki for the first time in his career. Ospreay has the potential to go far in the G1, especially with this return. But the 2019 Bad Luck from that year’s G1 might continue to be a theme. With his last big match for New Japan also being a failure as well… it should be interesting. 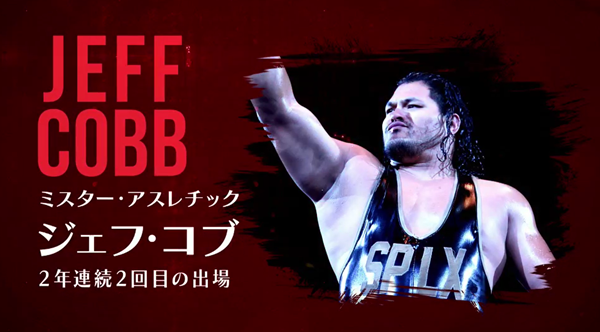 With the recent return of the foreign talent, Jeff Cobb also makes his return to Japan for the tournament. For the past few months, Jeff Cobb has been working freelance, but signed with New Japan of America, where he has been for about two months. In his time there, Jeff Cobb would enter the finals of the New Japan USA tournament, losing in the finals to KENTA. Jeff Cobb hasn’t been seen in Japan since the World Tag League of last year, but showcased potential in possibly returning to New Japan for the big tournaments like this. In terms of matches to look out for, Okada vs. Cobb will happen for the first time, even Cobb vs. Ishii or Suzuki could be really interesting. While Jeff Cobb doesn’t have the potential to win this tournament, he might showcase an area of potential to stand out in front of Japan and possibly even getting completely signed to New Japan. 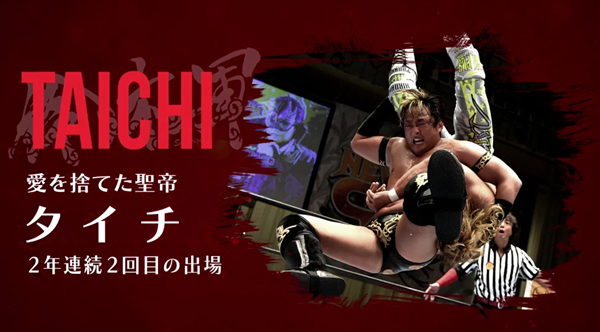 Taichi has been a very busy bee in New Japan for the past few months, when New Japan came back from its break, Taichi got involved in a tag feud against Hiroshi Tanahashi and Kota Ibushi. Working with his partner Zack Sabre Jr. This series of matches would result in Zack Sabre Jr and Taichi becoming IWGP Heavyweight Tag Champions. Taichi goes into this tournament with a massive high and faces off against the best that New Japan has to offer. Which includes a special match against Suzuki-Gun’s leader Minoru Suzuki. Taichi is looking to be a favorite within this tournament. Facing off against Suzuki might even be the start of a change within the faction. Taichi has been standing out a lot recently, especially within New Japan’s tournaments. In terms of matches to look out, Taichi vs. Ishii will be fun, while a match fans will be waiting for is his bout against Kota Ibushi. Someone that Taichi has been fighting with for the past few months. 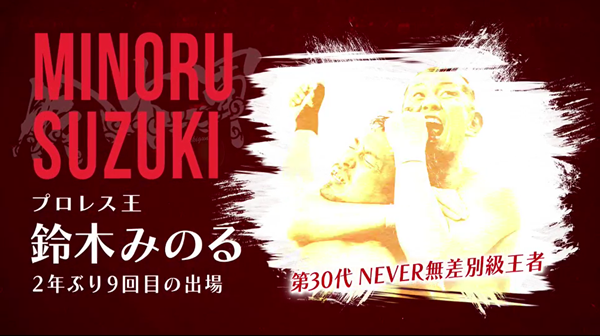 Minoru Suzuki since the return of New Japan was involved in a feud against Yuji Nagata. A feud that would result in Suzuki. He would then face off against NEVER Openweight Champion, Shingo Takagi. After a brutal bout, Minoru Suzuki would win the NEVER Openweight Championship. Minoru Suzuki goes into this G1 after not even participating in 2019’s Tournament, which was a major slap in the face for Suzuki. Suzuki’s biggest bouts in this tournament will be against Okada and Shingo Takagi, while the more intriguing bout will be with Taichi. With Minoru Suzuki being a champion within this tournament. He would also be part of the select few that a title shot might come out if a person defeats Suzuki. Minoru Suzuki has been wrestling in many big matches and is also almost 50 years old. Gotta respect the legend and leader of The Suzuki-Gun. 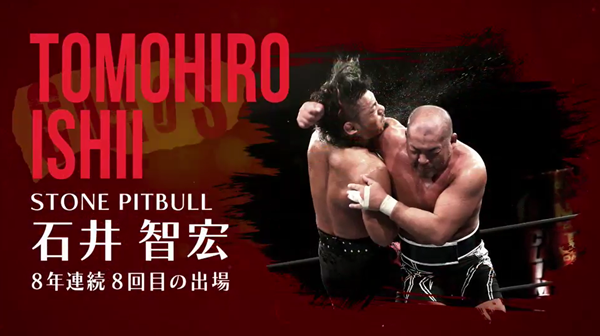 Tomohiro Ishii for the past few years hasn’t had the best luck within the tournament. But most notably he has some of the best matches within the tournament on a year to year basis and makes stars in the many matches he’s in. For the past few months, Tomohiro Ishii has been involved in an inter-faction feud with CHAOS. Facing off against Kazuhcika Okada, Toru Yano, and Sho. Alongside Yoshi-Hashi and Hirooki Goto. Tomohiro Ishii looks to go in and face off with the leader of CHAOS, Kazuchika Okada. That’s the biggest match of the tournament for him to be honest. He will also be reviving his feuds with practically everyone in this tournament. With Okada, Suzuki, Shingo Takagi and so many more. While Tomohiro Ishii doesn’t have the potential to win this tournament, the matches he will deliver could be borderline special. 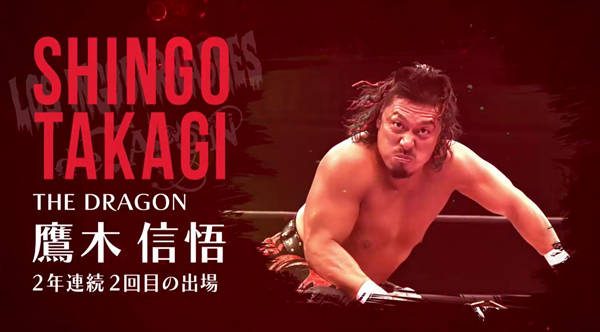 Shingo Takagi didn’t have a very successful G1 last year, but after the year that Takagi had, he might be one of the final four within the tournament. Takagi will be reviving his feuds with the likes of Will Ospreay, Tomohiro Ishii & Minoru Suzuki. Shingo might go far within this tournament. 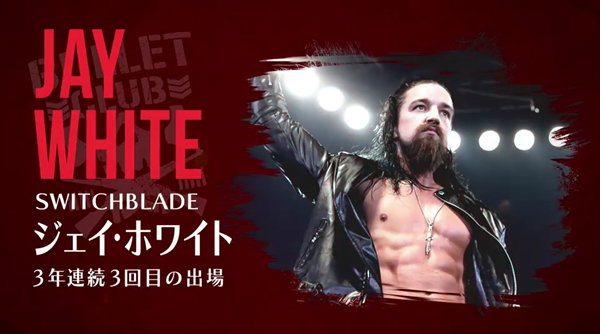 Jay White hasn’t been to Japan in over 6 Months. Last being involved in a feud against SANADA. But when New Japan in America made its official debut. Jay White would become part of this show and get involved against Flip Gordon.  Jay White would enter the finals of 2019 G1 against Kota Ibushi. While he would not go on to win the tournament, Jay White would still be involved in the biggest story that year for New Japan. The double title story. With that major success the past year. It could make him a heavy favorite within this tournament. That story would make Jay White one of the top four stars within New Japan at the time. With this tournament, he faces off against rival Kazuchika Okada who he hasn’t wrestled since April of 2019.

While that might be one of the defining bouts of A Block, his bout against Kota Ibushi could also be very important. Especially considering the past history between the two. Elsewhere, Jay White has many fresh matches. Such as his upcoming bouts against Minoru Suzuki and Shingo Takagi. Jay White is also reviving his feuds with the likes of Ishii, Okada & Will Ospreay. Jay White is one of the heavy favorites within this tournament… but that doesn’t mean Jay White isn’t coming home to a familiar Bullet Club. The last time he was seen in Japan was before the revolution of Bullet Club. While claiming that he isn’t bothered by it in a recent episode of New Japan Strong. It makes you think that the legitimacy of Jay White’s leadership could be flawed going into this tournament. 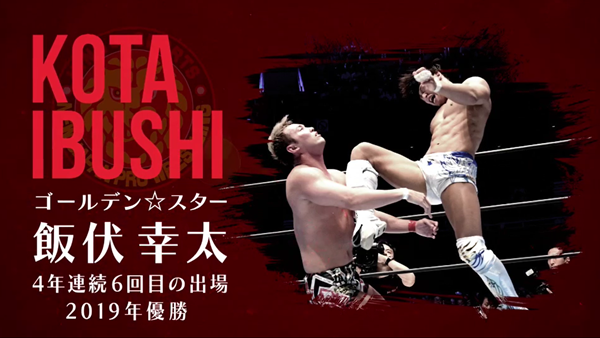 Kota Ibushi is one of the tournament favorites, while not only being part of the top 5 stars in New Japan, he also won the G1 Climax Tournament in 2019. Defeating Jay White in the finals in the tournament. While Kota Ibushi would lose his title bout against Okada at Wrestle Kingdom 14. Kota Ibushi would later be involved in a tag team series with Hiroshi Tanahashi against Zack Sabre Jr and Taichi. While he would become IWGP Heavyweight Tag Champion, he’s coming into this tournament with revenge and determination on his mind while also under a losing streak to Suzuki-Gun. Kota Ibushi’s freshest match in this tournament will be against Shingo Takagi. While also reviving many different stories with Jay White, Kazuchika Okada, Tomohiro Ishii, Will Ospreay, and to eventually get his possible revenge against Taichi.  It should be a very fun tournament for him and possibly even another career-defining one. 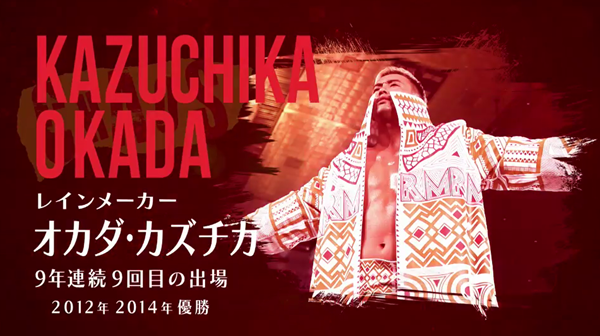 One of his freshest matches will be against Shingo Takagi. A person he has never wrestled before. Defeating Kazuchika Okada within this tournament itself could be major for many different people. Especially with someone who is a clear favorite or potential winner in the tournament. Kazuchika Okada also looks to face off against many wrestlers that he’s faced off against before, which includes almost everyone within this tournament. Kazuchika Okada vs. Tomohiro Ishii might even be the official end of the series of CHAOS vs. CHAOS stories from the past few months. But matches against Ibushi and Jay White might be the block deciding factors of this tournament, even facing Will Ospreay towards the very end. Will The Rainmaker go on to win this tournament and go onto facing off against the double champion at Wrestle Kingdom? All will be known in the G1 Climax Tournament