While not much has been announced for the relaunch episode, it’ll certainly be interesting what occurs regardless now that WWE‘s Thursday night offering is properly back across our screens. 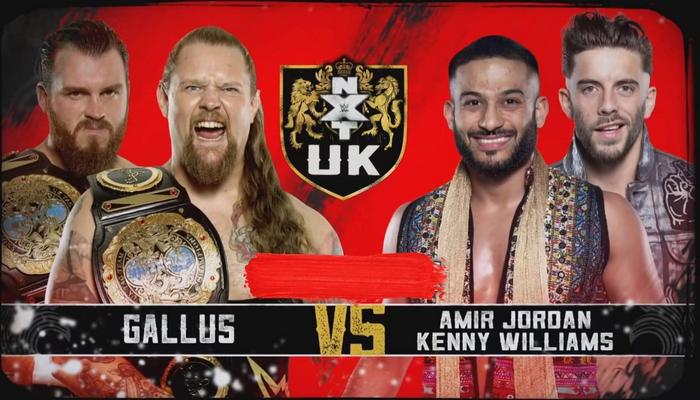 The only match actually announced for this week’s show sees Amir Jordan and Kenny Williams have the fight of their lives as they combat the reigning NXT UK Tag Team Champions in the form of Gallus‘ Mark Coffey and Wolfgang. Since forging their alliance in the early days of NXT UK, Jordan and Williams took some gelling before having any sort of success together, with their first televised win not coming until two months after they began teaming together. Since then, however, they’ve picked up some huge wins, including defeating both former NXT Tag Team Champions, Imperium (Fabian Aichner and Marcel Barthel), and the inaugural NXT UK Tag Team Champions, The Grizzled Young Veterans (Zack Gibson and James Drake). While this match hasn’t been announced as being for the titles, these sorts of wins certainly put ‘The Bhangra Badboy’ and ‘The Lucky Yin’ up for championship contention against the Gallus boys.

Last week’s NXT UK had the announcement that Kay Lee Ray would be putting her Women’s Championship on the line against Piper Niven, a match that longtime fans of the pair will be more than used to seeing, however, this will be their first time squaring off one on one in a WWE ring. They’ve only shared an NXT UK ring on a handful of occasions, most notably in January at NXT UK TakeOver: Blackpool II, as KLR defended her title against both ‘The Vixen of Violence’ and former champion, Toni Storm, a match that saw Niven come oh so close to ending the reign of ‘The Queen of Insanity’, who now sits at over a year as the reigning champion. Will Piper be the one to put an end to it?

Who Will Be The Inaugural NXT UK Heritage Cup Champion?

It was also announced last week that NXT UK would soon see an eight-man single-elimination being contested under British rounds rules, the winner of which would be crowned the first NXT UK Heritage Cup Champion. At the time of writing, only seven out of the eight tournament combatants have been announced, those being Flash Morgan Webster, Noam Dar, Alexander Wolfe, A-Kid, Dave Mastiff, Joseph Conners, and Trent Seven. It’ll be intriguing to see just who takes that final spot in the tournament. Will it go to an already-established name? Perhaps a newcomer to NXT UK? Maybe we’ll even see a return from ‘The Bruiserweight’ Pete Dunne, who teased a comeback on his social media as of late. Of course, the longest-reigning NXT UK Champion hasn’t been able to work the regular NXT shows for the past few months due to the international travel ban. 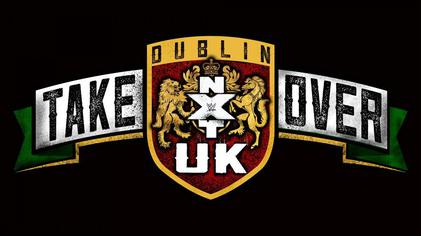 One thing that still needs to be officially addressed is the looming October 25th date of NXT UK TakeOver: Dublin, which was slated to take place at the 3Arena. It’s more or less a given, at this point, that the show won’t be going ahead in its planned venue, but the event could be moved to the BT Sport studios to ensure it still goes ahead. At the time of writing, Ilja Dragunov remains the number one contender to WALTER‘s NXT UK Championship after winning a Battle Royal all the way back in April, where the first Irish TakeOver was initially planned to take place. An announcement regarding this would be most welcomed.