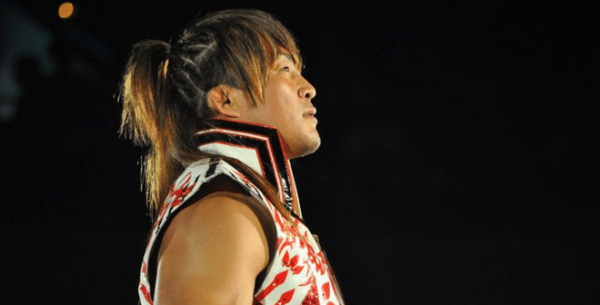 Next Friday, the wrestling world will see it’s first major show of 2019, Wrestle Kingdom 13. This is arguably one of the best shows of the year and filled with a card that could be incomparable to any other show cards we see for the rest of 2019. In the main event, we have the Best Bout Machine, Kenny Omega versus someone who is no stranger to the Wrestle Kingdom main event scene, The Ace, Hiroshi Tanahashi. While this rivalry is very much centered around a styles clash between the two stars, we will take a look at the significance of Tanahashi’s involvement with Wrestle Kingdom and what his overall effect on New Japan is.

On October 10th 1999, the world got to see the debut of a 23-year-old Hiroshi Tanahashi defeating Shinya Makabe. A Young Lion and a graduate of the New Japan Dojo, Tanahashi was quickly viewed as a top prospect, getting victories over such high profile stars as the legendary Negro Casas of CMLL, WWE Hall Of Famer Scott Hall and Kensuki Sasake during the 2001 G-1 Climax tournament when he quickly defeated Sasake in under two minutes.

With great success ahead of him, it almost all came to a crash in 2002 when Tanahashi was the victim of attempted murder by his ex-girlfriend and prominent news reporter, Hitomi Hara. This incident, while a personal hardship to Tanahashi, became a plus for his overall career due to the extreme attention it received in Japan. Three months later on February 16th 2003, Tanahashi returned to NJPW as a singles competitor to defeat Manabu Nakanishi.

From there, you say he had a “high fly flow” of a career and never looked back. In the same year, Tanahashi would win the U-30 Openweight Championship, compete in the finals of the prestigious G-1 Climax tournament in 2004, then went to headline the Tokyo Dome in 2005 versus none other than, Shinsuke Nakamura.

After an excursion through North America that saw him compete in companies such as Consejo Mundial De Lucha Libre (CMLL) and TNA/IMPACT Wrestling against some of the most talented competitors in the world such as the likes of AJ Styles, Rey Bucanero and others, Tanahashi returned to Japan and would lose zero momentum by defeating Masahiro Chono, Hiroyoshi Tenzan and Tiger Mask IV and in 2006, and then finally capturing his first IWGP Heavyweight Title in a tournament for the vacant IWGP Heavyweight title, by defeating Giant Bernard.

What makes Tanahashi’s story significant, however, is what would wind up happening from his first IWGP Title reign to the present day. Tanahashi has been known for winning the big one after going through gruelling defeat. It is his journey that defines him as being the “once in a century masterpiece” as the saying goes when referring to him. His rivalries over the years have had him go on against those the likes of Yuji Nagata, Kazuchika Okada, Kaysuyori Shibata, and now, Kenny Omega.

More importantly, there is the fact that Tanahashi has remained a mainstay with the company through their years of success, their darker days and through the present day. During the early 2000s, the winds of change were upon the Japanese promotion as Mixed Martial Arts boomed in popularity. To be fair, it was a change that affected the entire industry of pro wrestling with companies like UFC and Bellator being the most notable MMA promotions in the US. In Japan however, Pride Fighting Championship, RIZIN among other companies negatively impacted the business of NJWP.

To counter this, Antonio Inoki attempted to mix Pro-Wrestling with MMA, which some may argue was a bad idea. Fights such as Yuji Nagata versus Mirko Cro Cop Filipovic or Shinsuke Nakamura vs. Daniel Gracie could be seen as pro wrestling being exposed when both stars saw significant defeats in their respective fights. Business continued to decline with the Japanese promotion, but through it all, Tanahashi continued to support the company by continuously putting on stellar performances. Tanahashi would go on to win three G-1 Climax tournaments in 2007, 2015 and in 2018, winning the IWGP Title on seven different occasions, and headlining Wrestle Kingdom shows at an unprecedented nine times since the show’s inception back in 2007. In 2005, amidst the misfirings of Inoki’s MMA experiments, NJPW was taken over by video game developer Yuke’s, who rebooted the promotion and put the emphasis on Tanahashi as it’s new flagship star and phasing out the veterans that Inoki had been holding on to for too long. In 2012, Yuke’s sold NJPW to the current owner, Bushiroad.

Tanahashi has been a staple to the Wrestle Kingdom brand like Shawn Michaels, John Cena or The Undertaker have been to WWE’s WrestleMania brand. Tanahashi will go down as an icon once his career comes to a wrap. This year, Tanahashi has his eyes set on someone who may be his most dangerous rival in Kenny Omega. A performer who yearns for changing the world, and will not stop at anything to do it, even it means destroying the beliefs that Tanahashi has on how pro wrestling should be presented. One thing is for sure, the true winners in all of this as has always been throughout the years, are the fans.