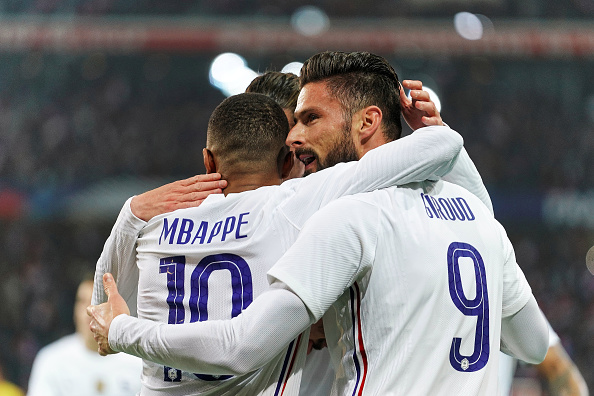 Group A1 contains defending world champions France, alongside their 2018 World Cup final opponent, Croatia. Denmark stood on the threshold of a European final last summer and will be eager to keep hunting success in this Nations League season. An inconsistent Austria rounds off the group.

As reigning world champions and the team with the group’s strongest squad, one might be tempted to instantly pronounce France as group winners. It’s not that straightforward, though. Not only because of France’s poor Euro 2020 display, but also because of their tendency to drop points against weaker teams in World Cup qualifying. Denmark actually outperformed France in both competitions. Le Bleus’ tougher opposition only partially justifies that, but not entirely.

A possible explanation for France’s occasional underwhelming scorelines is that they’re a team that tends to do just enough to win, but nothing more. Like at the 2018 World Cup, where they won it all despite being mediocre in the group stage. No team came close to clinching the direct qualification ahead of France, meaning a draw was often enough for them. Also, they proved to be potent in the Nations League last season by winning a highly competitive group.

Denmark are also a good team. Upon examining the clubs represented by a starting lineup of Denmark’s national team, one could be forgiven for thinking it belongs to sides like the Netherlands or Germany. A sentiment further reflected in Elo ratings. Denmark reaching the Euro 2020 semi-finals was a legitimately strong team living up to the expectations, not a sensational underdog story. Regardless, France just are a stronger side and should be favoured as a result. The sheer depth of their squad is incredible. However, Denmark do have a chance to reach the finals ahead of France.

Solid Croatia Should Avoid Relegation From Nations League A

Croatia, although still solid, have declined too much since their 2018 high to be considered a top spot contender. Their performance in the World Cup qualifiers is comparable with what France and Denmark accomplished. Croatia’s Euro performance was similar to France’s, both being relegated in the last 16 on magic Monday, but Le Bleus‘ group was tougher.

Croatia’s display in the previous Nations League season is a cause for concern. Obtaining just three points in a group that, in all fairness, was very tough. Nonetheless, the point tallies of France and Denmark were too much higher for Croatia to be excused by their group being difficult, especially France, whom they shared groups with. Croatia’s Elo rating functions as another tiebreaker.

However, the Croatians should be favoured over Austria, who were poor in World Cup qualifying despite enjoying a good Euro campaign. Austria’s inconsistency, combined with their squad being the group’s weakest, makes relegation seem probable unless the newly appointed Ralf Rangnick can bring back the Wunderteam of the 1930s, or at least the form they showed at the Euros. 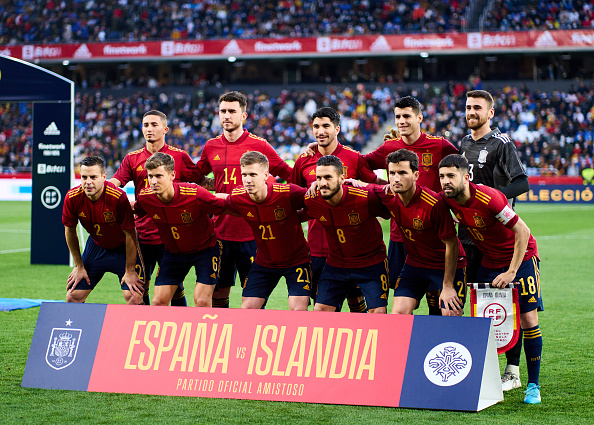 Group A2 is interesting, housing Spain and Portugal who will make up an eagerly awaited Iberian derby. It has the potential to be very exciting. Similarly, Switzerland have been part of some exciting matches in these last years and also calls this group home. The Czech Republic rounds off the group.

The Czech Republic is solid, but this group is too competitive for them not to finish fourth. Their squad and performance in World Cup qualifying are worse than any other team in this group. It’s worth noting the Czechs reached farther than Portugal at the Euros. However, that’s too anecdotal to save the Czech Republic from relegation in these predictions.

Switzerland cannot be underestimated. They marginally outperformed Portugal in both World Cup qualifying and at the Euros. Meanwhile, Portugal enjoys a fractionally higher Elo rating and stronger squad. In other words, Portugal and Switzerland are indistinguishable. Spain narrowly eclipsed them at the Euros and in the World Cup qualifiers, making them the narrowest of front-runners. Also, their Elo rating is microscopically superior.

But make no mistake: The fight for first place is a three-horse race. One that will likely be extraordinarily close. Spain, Portugal and even Switzerland can win it.

England to Win the Group of Death

Group A3 is terrifying. It contains the teams that made up last year’s Euro final, Italy and England. Alongside those two are a redemption-seeking German side with a successful and relatively newly appointed manager, Hansi Flick, who recently guided Bayern Munich to a UEFA Champions League title. Even the presumptive ‘whipping boys’ of the group, Hungary, have produced some impressive results throughout these last couple of years. Regardless, there’s no denying they will almost certainly be relegated. All the other teams in this staggering group simply are better.

Had Italy maintained the form shown at the Euros, they could be marginal favourites to finish on top, but things have changed since then. After dropping points against Bulgaria, Switzerland and Northern Ireland in World Cup qualifying, the Azzurri shockingly lost at home to North Macedonia and missed two consecutive World Cups for the first time in their history. At this point, Italy are a bit behind England and Germany until proven otherwise.

Germany also recently suffered a devastating defeat against North Macedonia in the European Qualifiers, but Die Mannschaft recovered well by winning the remaining matches. Germany’s great recovery after their disastrous loss made their World Cup qualifying performance on par with England’s, who dropped points against Poland and Hungary. However, England eclipsed Germany in the preceding Nations League season and at Euro 2020. In fact, The Three Lions even defeated Die Mannschaft at the Euros. Hansi Flick may very well get Germany back on their feet and on top of the group, but England is still the front-runner heading into the competition.

Belgium’s ‘Golden Generation’ Has More to Give

Group A4 offers a potentially exhilarating Benelux derby between Belgium and the Netherlands. A Robert Lewandowski-inspired Poland can also be found here. They’re not a one-man team, though. Lastly, the group contains a Welsh side spearheaded by Gareth Bale.

Belgium should be regarded as the favourite to reach the finals, even though they will face stern competition from their neighbours to the north, the Netherlands. Regardless, the Belgians obtained more points per match in both World Cup qualifying and the previous Nations League season than any other team in the group. If that wasn’t enough, they also outperformed all their upcoming Group A4 foes at Euro 2020. Some people claim that Belgium’s golden generation is running out of time, and it arguably is, but The Red Devils are still the front-runners in this group.

Using the same logic, it can be assumed that the Netherlands won’t have to participate in the relegation battle. That clash will likely be fought by Poland and Wales, who kick off this Nations League season on June 1. The encounter will likely be close. Wales slightly exceeded Poland at the Euros and Poland marginally eclipsed Wales in World Cup qualifying. Similarly, their Elo ratings are too even for any conclusions to be reached. With an unscientific ‘gut feeling’ as the tiebreaker, the verdict of this article is that Wales will be relegated by a tiny margin.