“The Moroccan Wizard” is what Hakim Ziyech was billed as when he arrived at Chelsea. So far, he has proven everyone right.

Chelsea: Ziyech Proving Himself to Be a Sensation

Anyone who watched Ziyech play for Ajax knows his quality and class. However, there were questions raised as to his ability to adapt to the Premier League. In England, defenders are tougher, stronger, and faster, and of course there is the proverbial “can he do it on a cold rainy night in Stoke” question.

Ziyech is not the strongest player, and he is not the fastest either, but it’s what he can do on the ball that is so inspiring. His left foot is magical, and he has the ability to deliver some passes most players can’t even think about.

It’s not only his vision, but his technique and execution; he sees things that no one else sees, but he also has the skillset to complete them. His exhibition in Chelsea’s match against Sheffield United on Saturday was nothing short of extraordinary.

First, his excellent through pass to pick out Mateo Kovacic in behind, who then played it to Tammy Abraham for the first goal. Then came his telegraphed long-distance cross to Ben Chilwell, with a pass so perfect that all the left-back had to do was prod it home with his knee.

Lastly, Thiago Silva converted his brilliant corner kick delivery to make it 3-1, which settled the game. His impressive performance also featured an outrageous piece of skill on the wing, and yet another perfect ball to Timo Werner, who squandered the opportunity before scoring one of his own minutes later.

With a string of incredible exhibitions on the ball, Ziyech is beginning to establish himself as a Premier League star. Hopefully, he can keep it up and continue to amaze fans all over the world.

Bargain of the Year?

With all the talk regarding the summer signings of Werner and Kai Havertz, it’s very easy to forget that Chelsea signed Ziyech for just over £30 million. Just as a reference point, Wolverhampton Wanderers recently spent the same amount on 18-year-old Fabio Silva, who has played just 40 minutes the entire season.

In today’s market, that transfer fee is relatively small, especially for a club like Chelsea, who spent more than double that fee on Havertz. Ziyech’s transfer also went under the radar for several reasons.

The first is that his signing was confirmed in February, which now seems like ages ago. He also picked up an injury over the summer, which did not allow him to make his debut for several weeks. However, the 27-year-old is now fully fit and tearing up the league.

With all of the new signings coming into the team, Ziyech may not have been the headline this summer. But he certainly is now.

He is showing his world-class ability, and the scariest part is, he’s only just getting started. 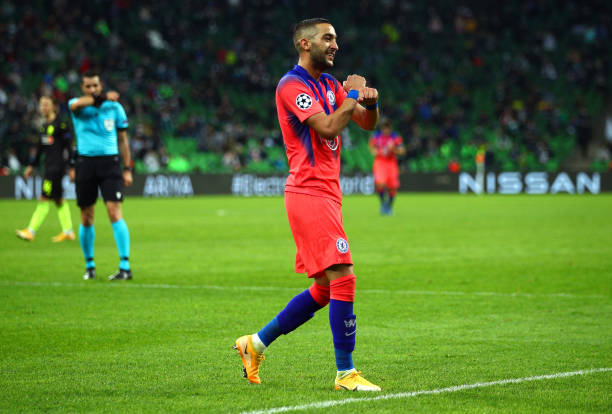