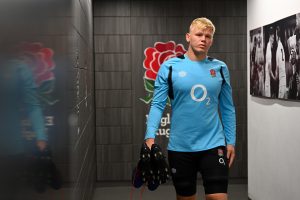 England has announced their training squad for the upcoming autumn internationals. It is less than a year out from the World Cup and players are running out of time to show Eddie Jones that they deserve to be in the squad going to France. There are six potential debutants for England’s men’s team this Autumn. […] 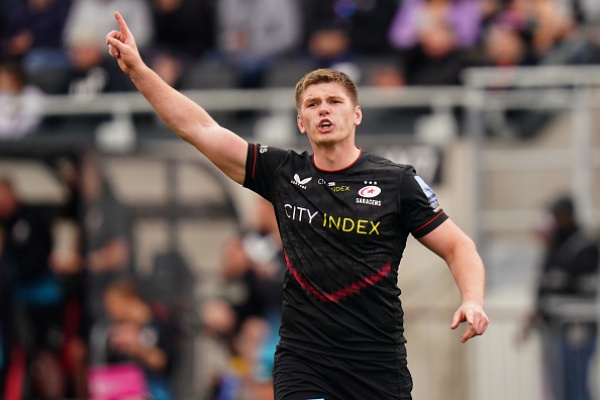 Where does Owen Farrell fit in England’s backline? 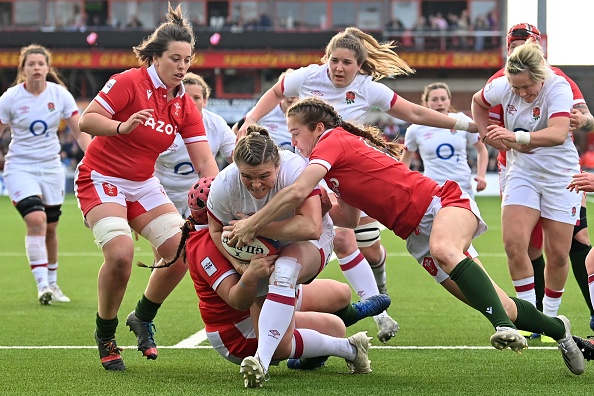 Reflecting on the 2022 TikTok Women’s Six Nations so far 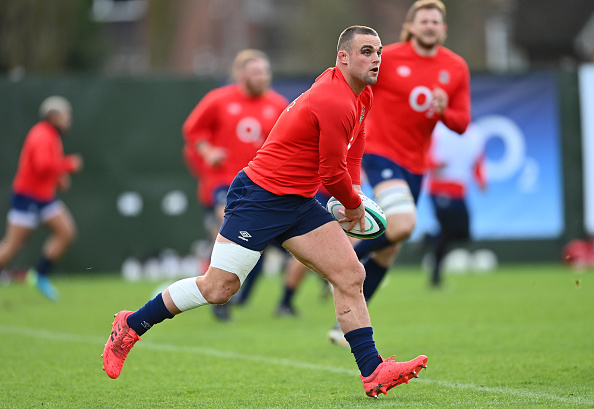 Ben Earl: A man demanding an England recall (ahead of Australia Series) 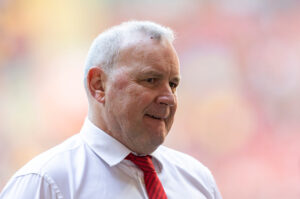 Welsh rugby unease – Is the party well and truly over?

Have you ever woken up after a big party wishing you hadn’t drunk so much? You wander bleary-eyed down the stairs. There’s a stale smell of smoke emanating from the cigarette butts in a discarded tumbler on the coffee table. To compound that, the aroma of smoke is intermingling with that of sweat. You have […] 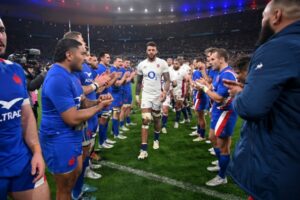 Congratulations to France for winning their first Six Nations and Grand Slam in 12 years. They thoroughly deserve the plaudits that come their way and will be the team to beat at the 2023 Rugby World Cup. They did not need to be at their best against England to achieve it. As for England, another […] 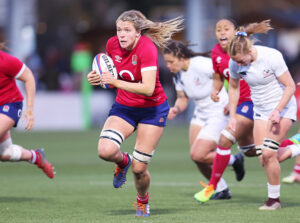 It is time to get excited for the women’s TikTok Six Nations 2022. Beginning Simon Middleton has named the 40-woman training squad for the tournament and fresh from an unbeaten Autumn series England will be looking to claim their 18th title. Here are some of the exciting names to look out for in the Red […] 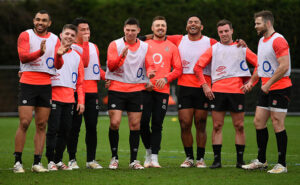 In the 35 years or so that this reporter has been watching England’s rugby team at Twickenham, many have not heard the kind of atmosphere that was on show last Saturday. England was ‘chaotically magnificent’ in refusing to buckle to Ireland – having been reduced to 14 men. It forced England’s rugby team to dig […] 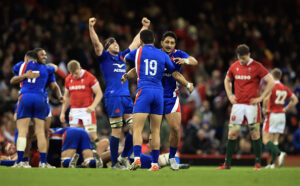 It’s just a little more than 18 months until the Rugby World Cup, and the immediate goal for French rugby is right on track. The 2022 Les Bleus Six Nations squad’s Grand Slam dream continues. No dream now is one honest assessment. It seems like the right combination of development and good planning. Yes, they […] 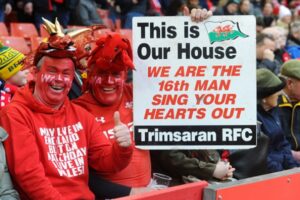 Friday night under the Principality lights. As deafening Six Nations atmospheres go there is no better setting in world rugby. On Friday night France will arrive full of confidence to the Principality Stadium two wins away from a Grand Slam. This stadium, however, creates special memories. Here is a look back at some of the most […] 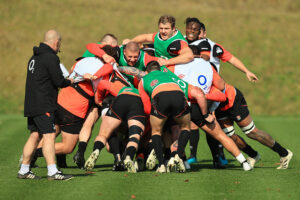 Eddie Jones and the England rugby team goes into two hugely important games over the next two weekends. Ireland are up first, crucially for England at ‘fortress Twickenham’. England then finishes their tournament in the cauldron of Paris against a resurgent French team. After the first three rounds, many have no idea where England’s rugby […] 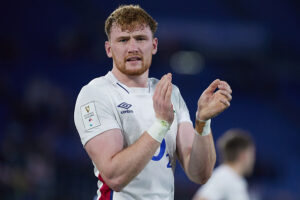 Rugby’s Growth Problems – And how to remedy it!

The recent announcement that both Doncaster and Ealing have had their applications to join the Premiership rejected was met by howls of anguish on Social Media.  It’s very rare to see agreement on Twitter on anything, let alone rugby, but this decision was one that united fans. The vast majority of responses to the news […] 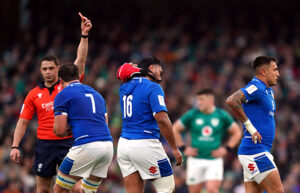 Ireland v Italy: Where the focus was on the Italy red card, not the rugby

The Italy red card happened last Saturday against Ireland. Looking at just the scoreline, it was a game to forget for the Italians. However, looking deeper into the game, there was some controversy, especially regarding Italy’s red card. Law on the Italy red card needs a change but not far off FULL TIME! We score […] 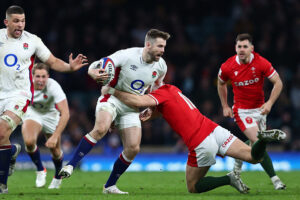 Candidate choices as the England new centre (among roles under scrutiny)

England may have ‘scraped their way to victory’ over Wales on Saturday, but little was done to instill confidence in this team. Positional analysis might be searching for improvement and/or change, including areas like the candidates for an England new centre Though some individuals stood out, the overall performance was rather underwhelming for a number […] 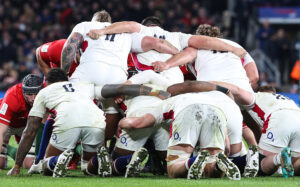 England v Wales rarely disappoints and despite mistakes from both sides Saturday’s encounter went right to the wire. The England v Wales clash encapsulates why the Six Nations is the premier rugby competition on the planet. 17-0 early in the second half and cruising England looked set to bolster their points difference to challenge France. […] 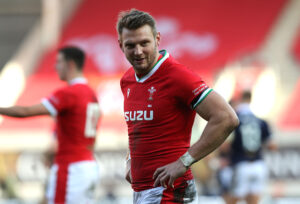 Dan Biggar: a Very Good, or a Great Welsh outside-half?

Wales will face England at Twickenham on Saturday, February 26. And one of the participants is Wales rugby outside-half Dan Biggar who may well play a big hand in the outcome. This is a match that will go a long way in determining how both country’s Six Nations’ campaigns are perceived. With Dan Biggar the […] 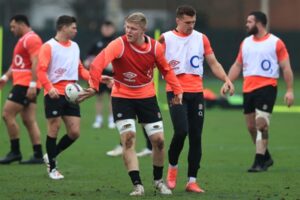 Expect a big performance from England

England to perform in front of a packed Twickenham It’s been two long years since England have performed in front of a packed house at Twickenham. As matches go, they don’t come much grander than England against Wales. It will be a big occasion, and we can expect a big performance from England. After two […] 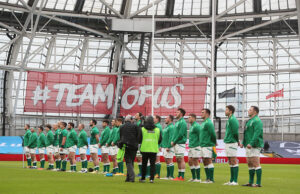 After a single loss, the 2022 Ireland Rugby 6 Nations campaign is still on task. In fact, all the pressure is now squarely on Les Bleus. That is how any team leading the Guinness Six Nations Championship has others chasing it. France are at the top of the table, although the space down to England […] 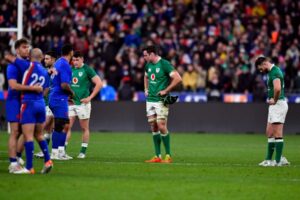 England can beat the All Blacks with a bit of unpredictability
Charlie Inglefield - Feb 16, 2022