This Saturday, live from Harpos Concert Theatre in Detroit, Michigan, Game Changer Wrestling presents GCW Drop Dead. This will be the first time GCW makes its way to the Detroit area since June when the company held its Dead on Arrival event at Knights Of Columbus Hall. There will be plenty to see and experience at Drop Dead, however, including two major championship matches. There will also be interesting matchups featuring both GCW stalwarts and international talent that made their names in other promotions. Without any further delay, take a look at this Saturday’s action airing live at Harpos and via FITE. 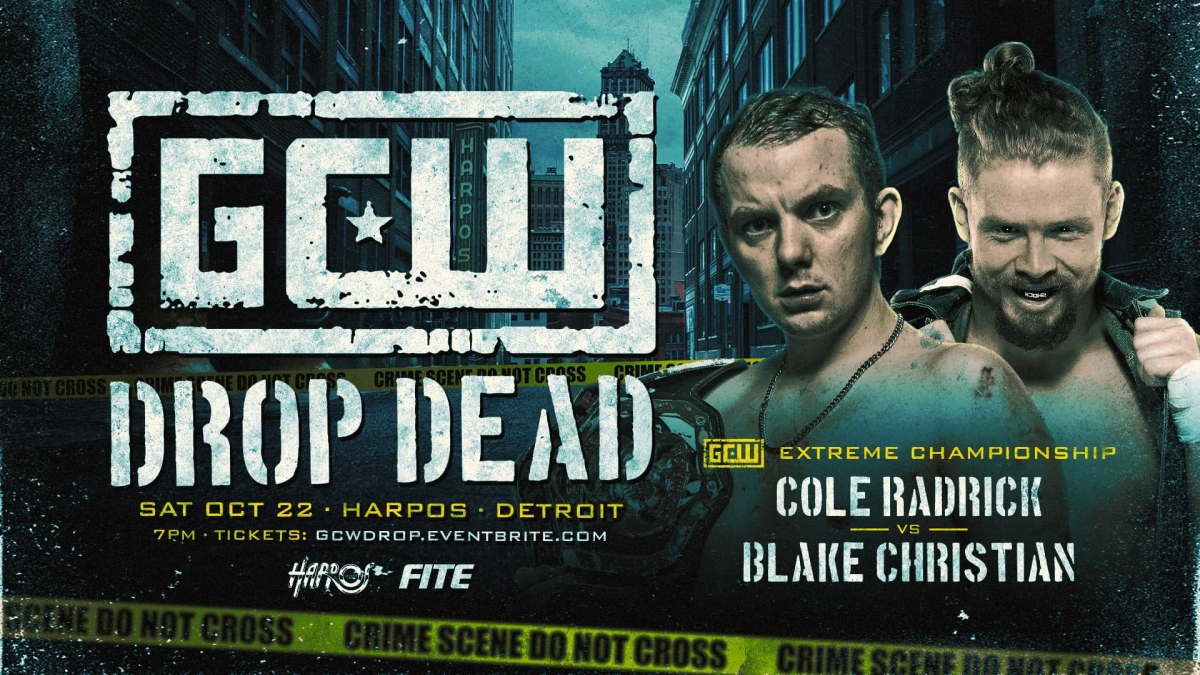 In one of the aforementioned title matches scheduled for GCW Drop Dead, Cole Radrick defends his Extreme Championship against Blake Christian. Since capturing the gold this past July at The People vs. GCW, “The Raddy Daddy” has made seven successful title defenses. Such names Radrick defeated to retain the Extreme title include Charli Evans, Jack Cartwheel, and Colby Corino. Radrick has certainly made an impression in the scene as well, showcasing that he’s more than willing to put his body on the line if it means holding onto the gold. This Saturday should be no different, either, as he defends the GCW Extreme Championship against another competitor that’s equally as hungry but possesses a unique in-ring style compared to the champion.

Whether in GCW, PROGRESS, New Japan Pro-Wrestling, or even All Elite Wrestling, Blake Christian has not been short on places to wrestle as of late. The “All Heart” competitor from Missouri is known for his high-flying offensive style, which has made him one of the regular GCW competitors to keep an eye on. However, he’s yet to capture gold in the promotion; could this change at Drop Dead? It could be argued that he lacks the killer instinct that the champion has developed, meaning that the challenger will be approaching an even greater obstacle than expected this weekend. However, with the right mindset, he could leave the crowd in Harpos stunned as he walks away with gold across his shoulder. 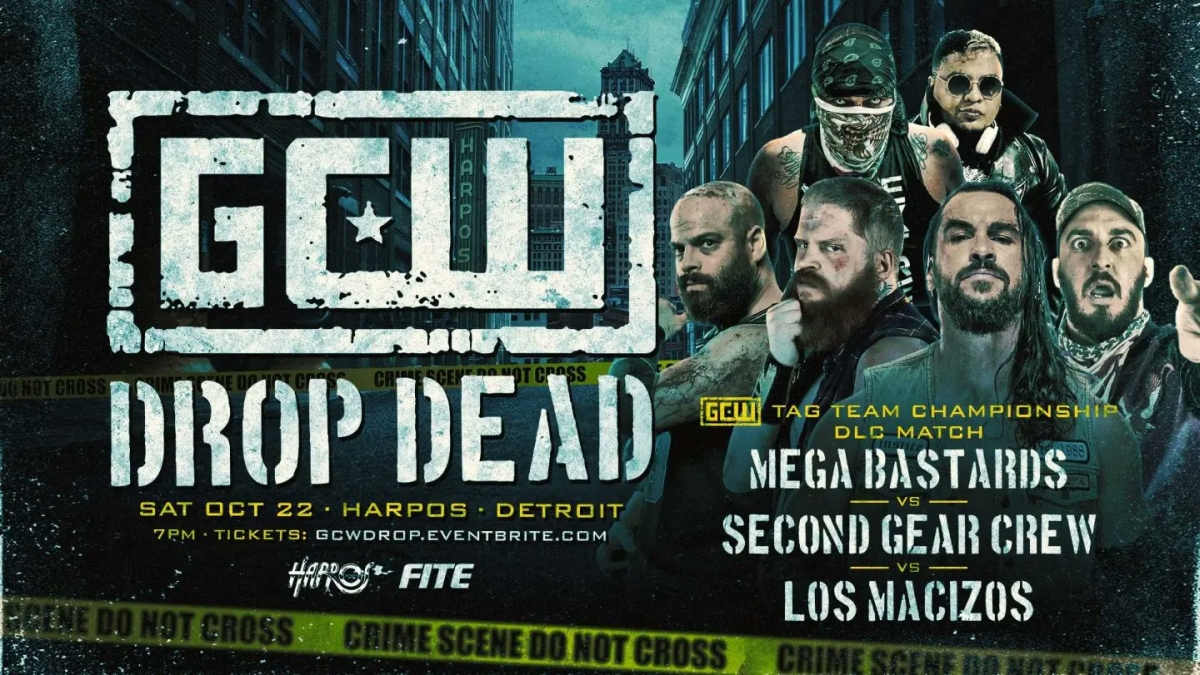 The second title match set for this Saturday’s show involves the GCW Tag Team Championship. The once unlikely duo of The Mega Bastards, Alex Colon and John Wayne Murdoch, defend the tag team titles in a three-way match against Mance Warner and Matthew Justice of Second Gear Crew and the Los Macizos duo of Ciclope and Miedo Extremo. Colon and Murdoch are no strangers to individual success, but they are currently in their first reign as GCW Tag Team Champions. Is it possible that this lack of experience, as a team, may result in them losing the titles earlier than expected? This isn’t to take away from their qualifications as wrestlers; rather, they’re going up against two teams that are no strangers to the titles they currently boast.

Warner, Justice, Ciclope, and Extremo have all held the GCW Tag Team Championship at different periods in their careers. While they’ve been different titleholders, without question, what they share is a love for fighting. Simply put, when they step into the ring, fans will expect hard-hitting battles. This will be no different at GCW Drop Dead when these teams challenge The Mega Bastards for the tag team gold. Will the champions continue their reign? Can one of the other teams upset Colon and Murdoch for the belts? Is it possible that a slew of weapons ranging from steel chairs to panes of glass will become involved? These questions, as well as many others, will be answered this Saturday.

Stay tuned to the Last Word on Pro Wrestling for more on this and other stories from around the world of wrestling, as they develop. You can always count on LWOPW to be on top of the major news in the wrestling world, as well as to provide you with analysis, previews, videos, interviews, and editorials on the wrestling world. GCW Drop Dead is set to air Saturday at 8 PM EST on FITE. Tickets are also available via Eventbrite.