All Elite Wrestling brings yet another explosive edition of AEW Dynamite to cap off the month of March. Let’s preview the action as this Wednesday night’s AEW Dynamite emanates from the Colonial Life Arena in beautiful Columbia, South Carolina. The action is sure to be down and dirty as FTR battles the Gunn Club in tag team action. The Owen Hart Foundation Women’s Tournament holds its first qualifier as The Bunny faces off against a mystery opponent on Dynamite.

Plus, the enigma of AEW battles it out with the president of the AFO. Another Wednesday night, another Dynamite! Let’s not keep anyone waiting any longer as we run it down! 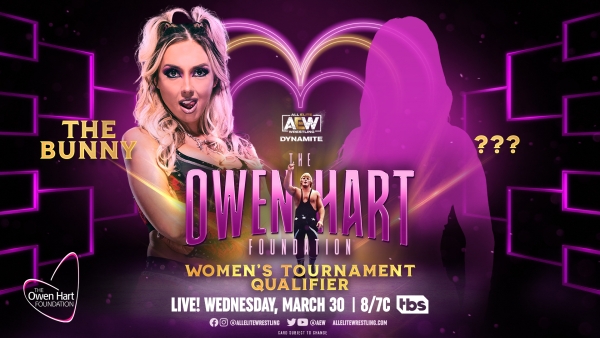 All Elite Wrestling and the Owen Hart Foundation formed a partnership last September 2021 to honor the late “King Of Hart’s” legacy. This will officially be the first annual tournament of AEW, and upon hearing the news, fans were extremely excited that Owen Hart will be honored in such an excellent way. While the tournament has yet to begin, the end destination for the competitors is already established, as the finals of the tournament will commence at this year’s Double or Nothing in Sin City, Las Vegas, Nevada.

However, we will get a taste of what tremendous things this tournament hold as The Bunny will go one on one with a mystery opponent to qualify for the Owen Hart Foundation Women’s Tournament on AEW Dynamite. The Bunny is one of the most sadistic and dangerous women AEW has on its roster. She and Penelope Ford went to war with Tay Conti and Anna Jay on the very last day of 2021 in a bloody war no one will soon forget.

Fans know what The Bunny is capable of. However, with Bunny not knowing who her opponent will be, how will she adapt to the uncertainty of this situation? Don’t miss the surprise this Wednesday night live on TBS! 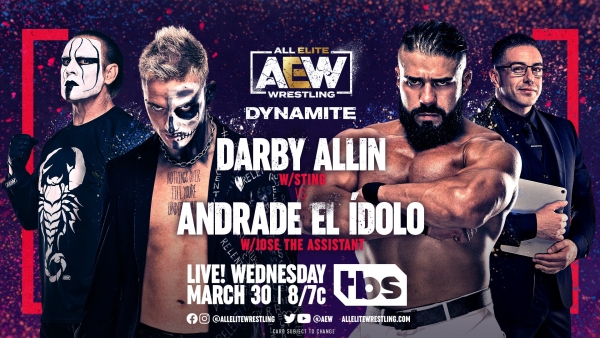 After months of battling back and forth, enlisting the help of other people in this war, Darby Allin and Andrade El Idolo finally get to have their one-on-one showdown this Wednesday night live on Dynamite. What started as a simple recruitment venture turned into something much more personal in no time at all. Andrade wanted the services of Darby and went after the daredevil endlessly as he looks to offer him a spot with the AFO.

However, time and time again, Allin refused the offer and stated he works for no one. Infuriated by the rejection, El Idolo decided that if he can’t have him by his side, he’ll make his life a living hell. The three-way for the TNT Championship, a 6-Man Tornado Tag war back at Revolution, last week’s 8-Man Tornado Tag Team Match; these two have been through hell and back trying to end one another and it seems like this is the last destination in this epic rivalry.

It’s Andrade El Idolo versus Darby Allin. Sit tight, folks. This is going to be one hell of a war!